Shaqiri's strikes may have come via deflections, but Jesse Lingard's equaliser had come via an uncharacteristic spill from Alisson, so it all balances out in the end.

The win puts Liverpool back on top of the league. United, meanwhile, are still in sixth, but only one point ahead of Wolves and two ahead of Everton, West Ham, and Watford.

1) A gradual new look for Liverpool

Liverpool have been transitioning away from their 4-3-3 over the course of the season and this match was just the latest installment.

Although it looked a 4-3-3 on paper – a midfield trio of Fabinho, Georginio Wijnaldum, and Naby Keïta behind the usual three in attack – it played much more like a fluid 4-2-2-2 in the first half.

Fabinho and Wijnaldum formed the base of the midfield, with Keïta and Mané playing fairly free roles in front of them. Mohamed Salah and Roberto Firmino then played as a very flexible strike duo. 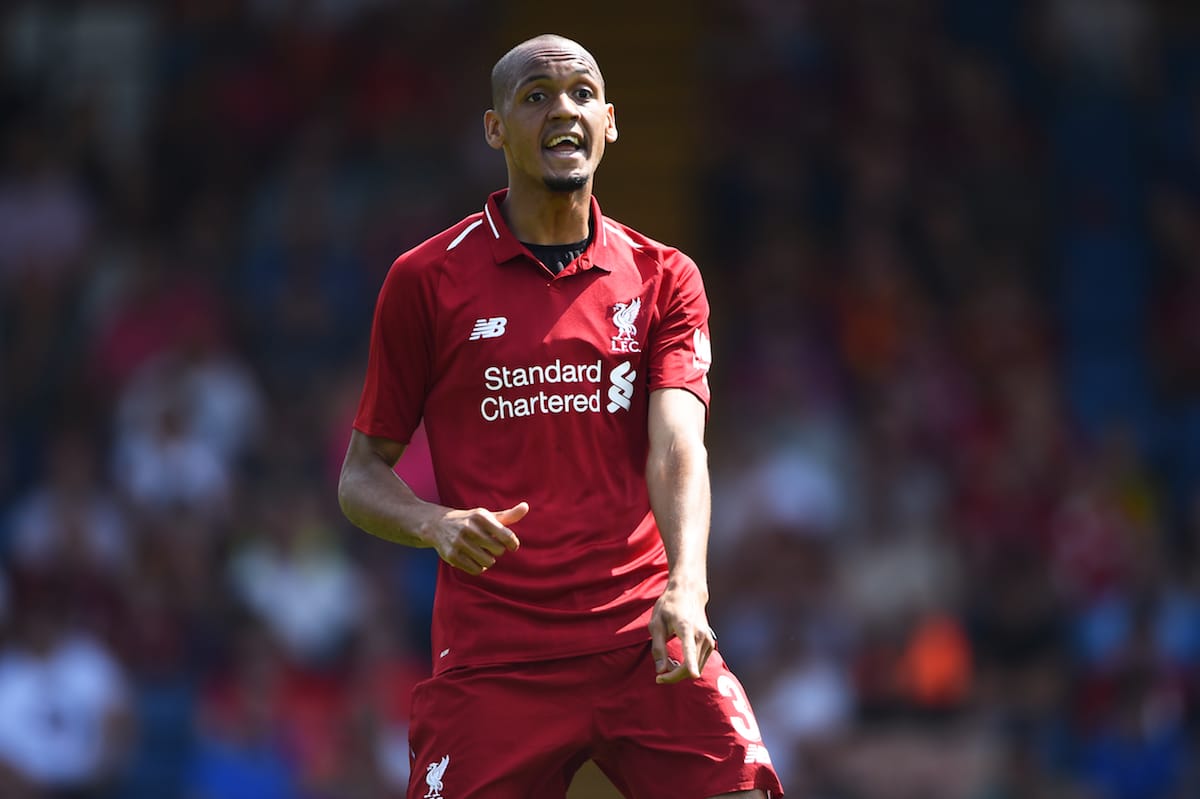 The Brazilian has had a slow start to his time at Liverpool, with Klopp saying publicly that he's had to spend time adapting.

Maybe the formation switch has helped, but Fabinho certainly looks more at home now, regularly pulling the strings in this game. His assist for Mané's goal, a wonderfully cut chipped ball, was masterful.

You get the sense that this isn't the finished article for Klopp's Liverpool, but whatever the end result is, it looks like Fabinho will be in it.

There were reports in the Sunday papers that United wanted to sell Paul Pogba in January, and he found himself on the bench again today. It seems like his appearance against Valencia in midweek was just to give other, apparently more important midfielders, a rest.

There are two things that can be true at the same time. One is that Mourinho's Manchester United are better without Pogba, although today isn't the most convincing example of that. The other is that a United manager should be able to work a player of Pogba's calibre into the side.

The more you think about it, the more Pogba epitomises so much of Mourinho's failings at United.

There's the inability to put together a coherent midfield. And there's his struggles with man-management that have followed him throughout his career, constantly butting heads with big stars at the clubs he's managed.

There is a lengthy list of players at United who Mourinho has seemed to have big problems with, much to the fans' confusion. The treatment of Luke Shaw led to calls that the manager was Anthony Martial earlier in his reign is all the more baffling considering his good form this season; and Pogba was an expensive and marquee signing, highly talented and highly symbolic for the club, who may soon have to leave the club.

Something is rotten, and the manager must bear a significant amount of the responsibility.

Mourinho's team, as Mourinho teams always do, sat further and further back in the second half. Liverpool peppered the goal with ten shots in the first 20 minutes after the break, and Shaqiri eventually got the breakthrough.

One has to wonder when Mourinho will drill his teams to do something differently. It rarely seems to work.

It was unfortunate timing that Shaqiri scored his second just after the United manager brought Anthony Martial on and switched to a 4-2-4. There have been times when embracing the lack of midfield solidity has done United good. Bringing on all their attackers at least gives them a threat going forward.

But, as it turned out, it was too little too late.