They can't say it hadn't been coming. Liverpool fans have witnessed scenes from their side’s comedy of errors routine before, but against Tottenham Hotspur all the parts came together to produce one feature length disaster movie.

The usual suspects starred, but among the notable individual roles in their demise was a defensive unit which looked beyond saving in its current guise.

And beyond saving was, apparently, what each of Tottenham’s goals were. The performance of Simon Mignolet may have been slightly overshadowed by the leading role played by Dejan Lovren, but the Belgian stopper proved once again that a poor performance is never far away.

Jürgen Klopp has kept three goalkeepers on the books at the club this season in order to motivate, improve and provide competition. He has said that each will have a chance to make an impact and now this plan needs to be put into place.

Keeping Mignolet in the starting lineup would suggest to the other stoppers that regardless of how poorly the Belgian plays, their chance will never come.

The manager now needs to either put faith in the keeper signed under his watch and turn Loris Karius from the Champions League goalkeeper into Liverpool’s full time goalkeeper.

Or, alternatively, he needs to give Danny Ward the chance he deserves after being kept at the club despite Huddersfield wanting to extend his loan spell with them, where he would have experienced Premier League football.

But back to our leading man. “Dejan was no worse than the others,” Klopp said after the game at Wembley. However, the Croatian undoubtedly was and this was the reason the manager removed him from the action with just over half-an-hour gone.

It was a ruthless decision, but one which was necessary and the type of move the German now needs to make more often – they now need to be made before the game rather than during it.

There have been problems with the left side of Liverpool's defence for some time. Lovren is error strewn and Ragnar Klavan is a fourth choice centre back. While the former was praised for his display against Manchester United, in truth he had little to do against a José Mourinho side which rarely attacked.

“Look out there and tell me five [centre backs] that would make us stronger. Five, then you win a prize. It’s difficult how it is.” That's what Virgil van Dijk. The attempt to sign the Dutchman was, however, an acknowledgement that centre-back was an area that needed improvement. But none arrived and the heart of Liverpool’s defence remained sub-par.

Until January there is no way to fix the problem by using transfer market. Klopp does have the power to change things by sticking with the centre-back pairing which finished the game against Spurs; using the pace of Joe Gomez alongside the height of Joel Matip. But he definitely shouldn't play Emre Can at right back.

Regardless of any contract stalemate, Can is the side’s best holding midfielder and should play there for the rest of the campaign, just as he did so well at the end of the last one.

Dropping the captain, Jordan Henderson, on a more permanent basis, rather than just the ‘rests’ he gets for the occasional game, would be another ruthless big call but it’s one which need to be made.

Other than a somewhat fortunate assist for the Mohamed Salah goal which deflected its way through to the winger, the captain was all at sea defensively and ineffective in attack. He was also unable to settle his side after the early error and, for a player in a position from which he should be able to control the game, was a mere passenger for much of the game.

It was said after the defeat that Klopp threw Lovren under a bus by subbing him in the first half, but shifting Can, the best midfielder, out to right back when the likes of Henderson or James Milner would have been more suitable, was perhaps more uncalled for.

It seems harsh to repeatedly point out the same flaws in the same players, but they are there and there’s no getting away from them. The manager keeps picking them and their weaknesses continue to be exposed.

There is no place to hide for those wearing Liverpool red and there never has been, so there will be plenty of scathing articles, angry social media posts, and analysis which sees them singled out for criticism after each poor showing.

Klopp needs to remove them for the limelight for their own sanity as well as the fact that it will improve his team. Even though the modern professional is media trained to deal with such pressure, the repetitive nature of their current malaise must be taking its toll on these men.

While the first, second and fourth Spurs goals were down to individual errors from Lovren and then Mignolet, the third goal was an embarrassing display of a lack of in-game awareness and players not thinking for themselves. 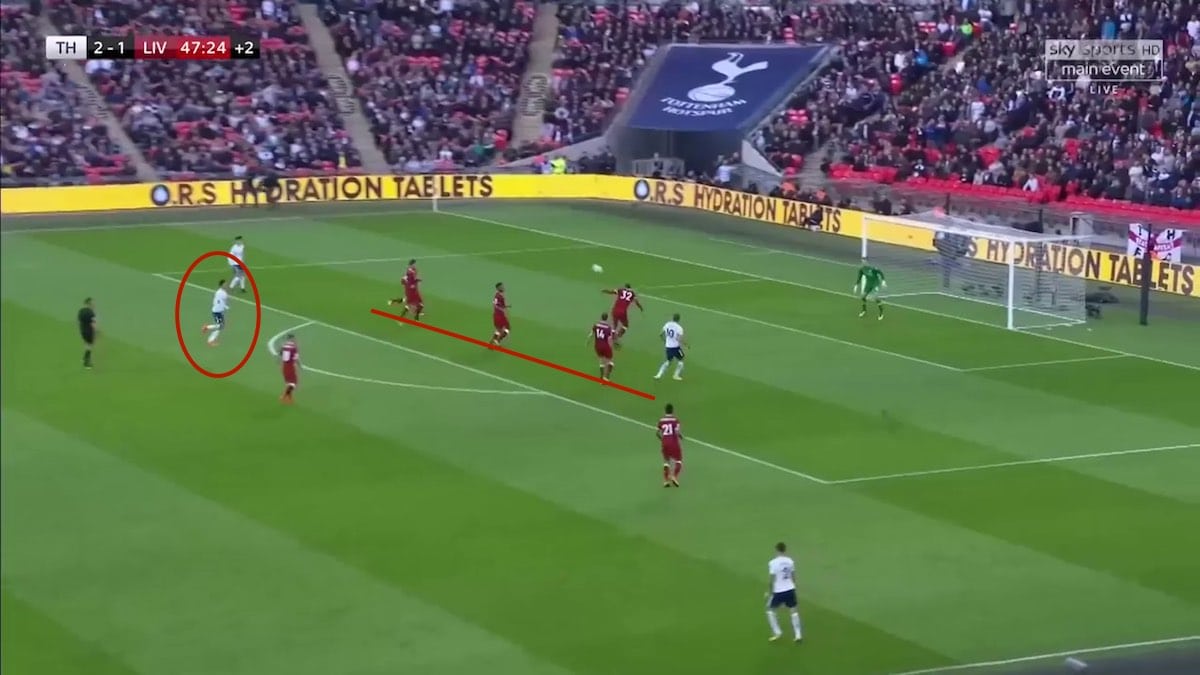 Spurs had won a free kick near the Liverpool area and instead of sending their centre backs up they left the area free. The defence still lined up as if they were marking opponents, and the goal looked like an unopposed training ground drill gone wrong.

Dele Alli lurked on the edge of the area waiting for the defence to head clear, which they duly did. Alli was then left with all the time in the world by the other defenders outside the area, volleyed home.

The mistakes for the goals were so obvious that they need no in depth individual analysis. Now Klopp needs to do the obvious thing and simply drop the players the club have been unable to rely on for far too long.

The players may be the ones making the mistakes and regularly underperforming, but the manager keeps picking them, so should take some blame.

The ruthless hooking of Lovren should be the start of a new, cut-throat Klopp, and it might serve the club well to adopt the same no nonsense approach the next time the transfer window opens.