“The first trophy is to finish in the top four,” said Arséne Wenger to much derision in 2012.

“Yes, I would say,” said the German when asked if the top four was equal to winning a trophy.

“It is the most difficult league to qualify for the Champions League [from] because in no other league you have that wide quality, teams around that are unbelievable so, yes, I could subscribe to that.”

Despite the perceived enormity of the achievement, finishing fourth doesn’t even guarantee Champions League football. Liverpool enter the competition at the play-off round where they will have to win a tie over two legs against another side with similar ambitions.

Klopp’s side were drawn against one of the toughest teams in the unseeded part of the draw, and one managed by one of the best young managers in the game.

Julian Nagelsmann’s TSG 1899 Hoffenheim were one of the more entertaining teams to watch in Europe last season, and they are just five places below Liverpool in  the Euro Club Index ranking system.

The 30-year-old German sets his side up in a formation which has been described in numerous ways, but is essentially a 3-5-2 in which one of the midfielders usually shields in front of the back three.

They finished fourth in the Bundesliga last season, boasting the third-best attack behind Bayern Munich and RB Leipzig, and the second best defence after champions Bayern, scoring 64 and conceding 37 in 34 games.

The goals were shared around the side but forwards Andrej Kramaric (15) and Sandro Wagner (11) both reached double figures, with the former also notching eight assists during a productive season.

Kerem Demirbay pitched in with six goals and eight assists from midfield, and was the village club’s most creative player, leading their charts in key passes with 2.5 per 90 minutes.

The 24-year-old Turkish born German international will be one player Liverpool will have to keep quiet in the games between the two sides, or he could do some damage.

Hoffenheim have been weakened by the departure of two of their best players from last season. They lost Niklas Süle and Sebastian Rudy to the Bundesliga talent hoover that is Bayern Munich, but they can take solace from the token gesture of getting Serge Gnabry on loan in return.

The former Arsenal man is a lively forward who could cause endless problems for Liverpool’s back line, especially if they play a high line. He's played in numerous attacking positions throughout his career, but the German side could use him as one of the front two, or even as a wide midfielder.

Benjamin Hübner and Keving Vogts will be left holding the fort at the back and will hope the new addition to their trio can help them continue, or even improve on, their relatively sound defensive solidity.

In the wide midfield/wing-back positions Steven Zuber will catch the eye with his pace and engine down the left side. The Switzerland international could also do a job on the right and will need to be made to focus on his defensive duties by Liverpool.

Rudy will be a big loss, though, as he was vital to the way the team set up last season. He tidied up in front of the defence but also contributed with two goals and nine assists. 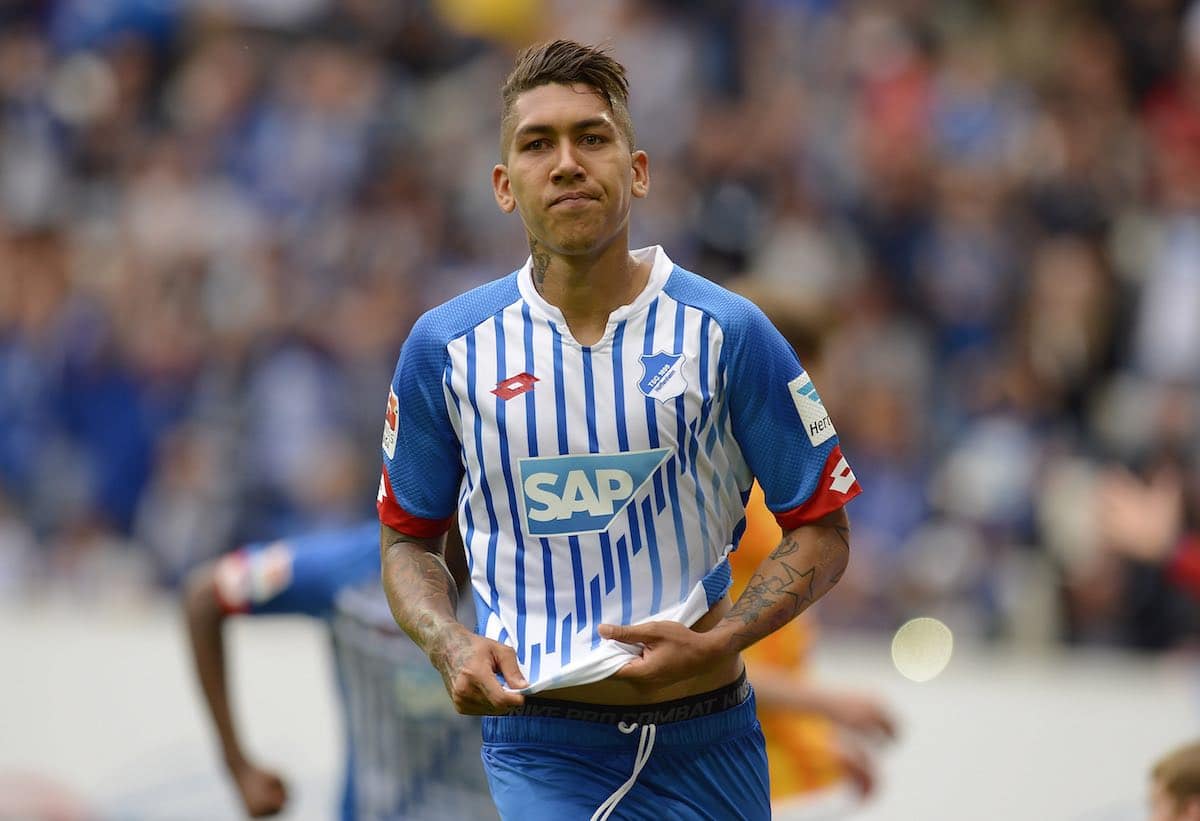 The game also sees Roberto Firmino return to the club where he made his name, and the fans will no doubt give the Brazilian a good welcome as they reminisce about the 2013/14 season where he was on fire, scoring 16 goals and supplying 12 assists.

Alongside Hoffenheim, Nice were the other unseeded team who had the potential to provide a stumbling block for those who were seeded. The French side were drawn against Napoli in another battle which would be worthy of the group stages.

While all teams who reach this stage of the tournament have their hopes of reaching the groups, Hoffenheim and Liverpool will have been thinking they had a realistic chance of qualification.

After the draw, Klopp’s side find themselves with the toughest tie possible. But Hoffenheim will also be ruing the order in which the balls came out of the pot. It promises to be an exciting and competitive encounter and one which may show that finishing fourth in the Premier League isn’t always the equivalent of a trophy.