Goals from Mohamed Salah and Xherdan Shaqiri led Liverpool to a comfortable 2-0 victory over struggling Fulham at Anfield.

Salah struck five minutes before half-time, just seconds after Aleksandar Mitrović saw a goal of his own disallowed for offside, before Shaqiri wrapped up three points with a volley eight minutes after the restart.

The Reds move top, one point ahead of Manchester City (who play Manchester United later today), while the Cottagers remain rooted to the bottom.

Much has been made about Fulham's leaky defence this season and a lack of concentration cost them dearly at Anfield.

Just seconds after Mitrović's disallowed goal, the Cottagers switched off at the back as Salah scampered away, punishing the visitors with a cool finish to put the Reds in the driving seat.

Mitrović looked level. Therefore, Fulham will feel rightly aggrieved at having their goal chalked off, but you simply can't afford to let your focus slip at this level, especially with ruthless attackers like Salah lurking with intent.

It was redemptive, too, with Salah having missed a one-on-one against Sergio Rico – the one Fulham player who could hold his head high at the final whistle – earlier in the game after a neat one-two with Roberto Firmino on the edge of the box. Bearing down on the Fulham keeper once again, last year's Golden Boot winner was never going to make the same mistake twice.

Fulham have now conceded 31 goals in 12 games. Should they get relegated, we know where to look first in the post-mortem.

Eight goals in all competitions rubbishes any narrative of Salah as a ‘one-season wonder.' While he may not be attracting the same degree of praise as he did during a stunning first year with the Reds, he is still Jürgen Klopp's leading scorer in the current campaign.

And the 26-year-old is unquestionably more effective at home. All but one of his goals have come at Anfield this season and he has been in a rich vein of form in front of the Kop in recent weeks, with four in his last three home games (two against Red Star Belgrade and one in the 4-1 defeat of Cardiff City). 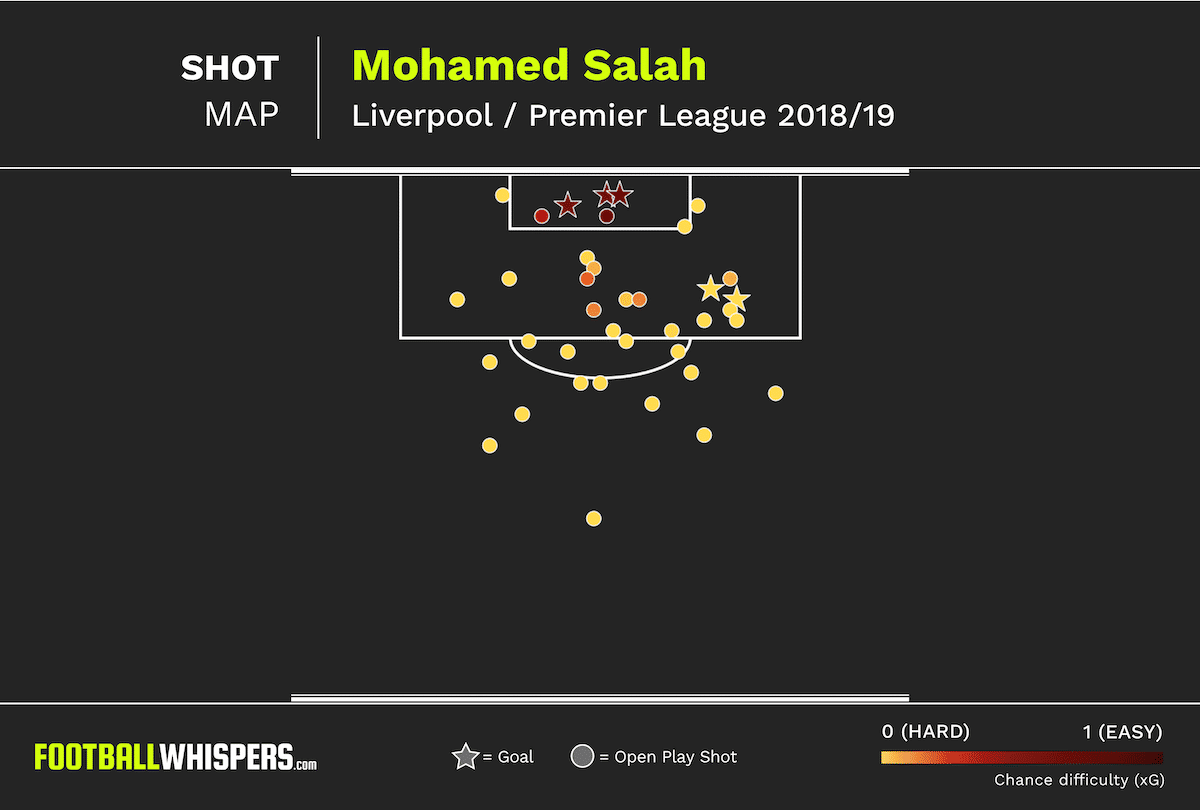 His latest strike makes it 34 goals in 36 appearances at Anfield, which is nothing short of sensational.

Jokanović not Seri for bold call

Signed from Nice for £27million, much was expected of Jean Michaël Seri at Craven Cottage this season. A slick midfield technician who was strongly linked with a move to Barcelona last year, Whites fans felt they were getting a top-level player capable of elevating their side.

And while he has offered flashes of his quality, particularly in the opening weeks of the season, a series of sub-par performances led to him being dropped to the bench for the trip to Anfield.

It was a bold move from Jokanović; an under-fire manager leaving out one of his best players against a team as dangerous as Liverpool.

But Fulham did not miss the Ivorian. Calum Chambers was shifted into midfield to partner André-Frank Zambo Anguissa, another big-money signing who has failed to impress, and it seemed, for the first 40 minutes at least, to be working.

It will serve as a wake-up call for Seri. Technically gifted though he may be, luxury players cannot coast along and expect to retain their place week in, week out. Of course, it's a double-edged sword.

While Jokanović demonstrated a willingness to drop high-profile figures in the Fulham dressing room, there is an argument that Seri's invention in midfield would have served the Cottagers well against a Liverpool side who looked far from impenetrable.

Shaqiri shines in No.10 role

Shaqiri was under no illusions when he made the summer switch from Stoke City to Liverpool. With the depth of attacking talent at Klopp's disposal, the Swiss playmaker knew he would have to capitalise on any starting opportunities that came his way.

The 27-year-old has now scored or assisted in five of his last six appearances. The confidence is coursing through his veins, too. Here, he was a menacing presence in the Liverpool attack, popping up in pockets of space and eluding the Fulham defenders, relishing the No.10 role behind Salah as Klopp reverted back to a 4-2-3-1.

His finish was the mark of a confident man, too. Watching Andrew Robertson's cross like a hawk, he cushioned a delightful left-footed volley beyond Rico to put the game beyond Fulham's reach.

Premier League minutes have been fairly hard to come by for the former Bayern Munich man at Anfield but, make no mistake, if he continues to perform with the same verve and swagger, Klopp will find it increasingly difficult to leave him out.

A side note: that's another assist for Robertson. He now has six in all competitions. What a season the Scotland captain is having. His cross for Shaqiri was superb.

Fulham were far from passive in the first-half but manner in which they retreated back into their shells after Shaqiri's goal speaks volumes.

Jokanović's response was to introduce Seri and later Luciano Vietto, but it made zero difference. Liverpool oozed control with their visitors utterly bereft of ideas – the second half was as routine as it gets.

Which is perhaps the most disappointing thing. While not many would have expected Fulham to upset Liverpool here, the sheer lack of energy and enthusiasm through the second period was alarming. They didn't look like players fighting for their future and looked every bit a side destined for Championship football now.

It remains to be seen if this proves to be Jokanović's final game. He will probably be afforded more time – the visit of Southampton to Craven Cottage now seems crucial – but, after seven defeats on the bounce in all competitions, something drastic needs to be done. And quick.