Liverpool fans have a lot of things to debate having had a lot of success in the past. One such debate centres around which team was better – was it the record-breaking 1978/1979 season or was it the John Barnes-inspired team of 1987/1988?

While those two teams are regularly compared and discussed, the seasons prior to them often get overlooked. Were the foundations for the success stories laid beforehand?

It is rare that two seasons, a whole nine years apart, result in near identical outcomes but that is exactly what happened in 1977/1978 and 1986/1987 – the Reds ended both seasons with a second-placed finish in the old First Division, as runners-up in the League Cup and after a FA Cup third round exit.

Both can be considered as transitional seasons – a phrase many modern day Liverpool fans hate after years of being in transition – but let's look back to two campaigns often neglected in the history books. 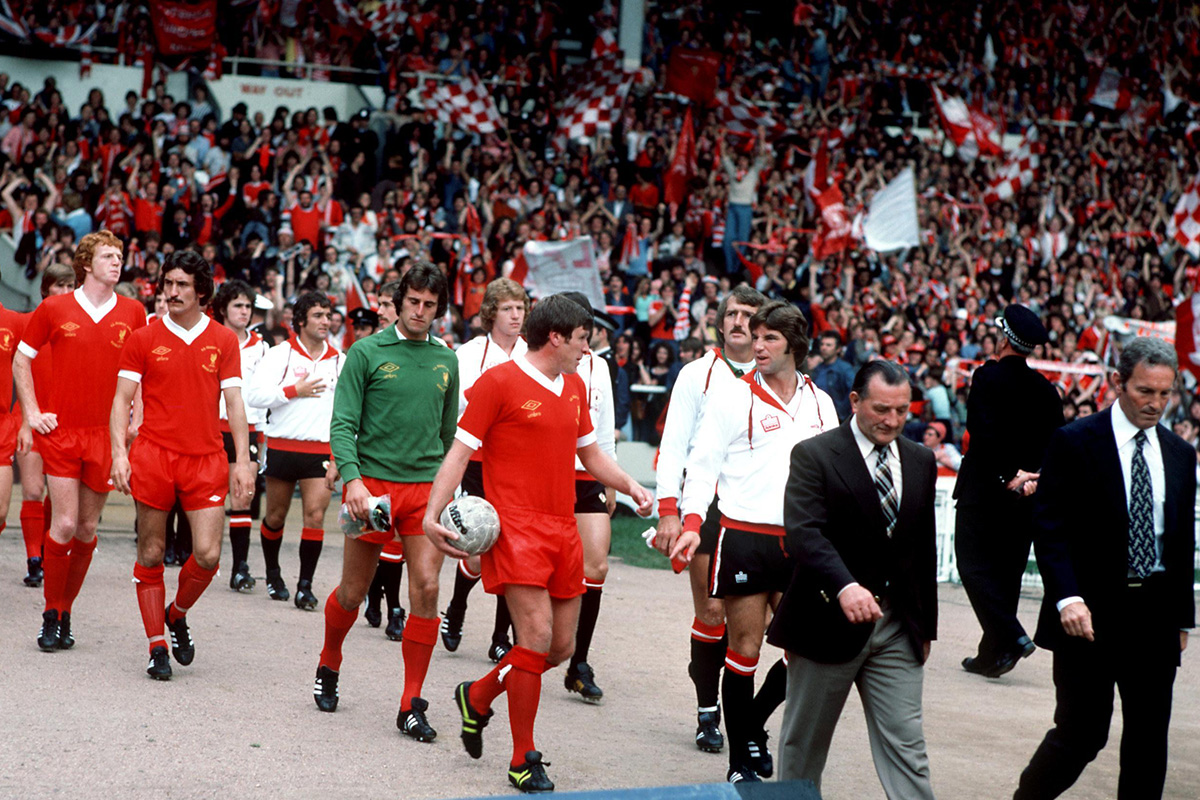 This was Bob Paisley's third term as Liverpool manager after replacing Bill Shankly in 1974. It was a season of remodeling and work in progress before greatness. It was around this time that Liverpool really found their feet as a football juggernaut and started to dominate both domestically as well as in Europe – winning the European Cup on four occasions in a prolific eight-year spell.

Liverpool started the season as both First Division Champions, having pipped Manchester City to the title by one point and European Cup holders. The Reds' 3-1 victory over Borussia Monchengladbach in the Stadio Olimpico came just four days after losing the FA Cup final to Manchester United.

In the summer that followed the Reds lost Kevin Keegan to Hamburg but in turn signed Kenny Dalglish from Celtic for a then British record.

Dalglish wasted no time repaying the faith shown in him, finishing the season as the club's top scorer with 20 goals in the league and 31 in all competitions.

Paisley's new faces played their part as Liverpool shared the Charity Shield after a 0-0 draw with Manchester United at Wembley.

Meanwhile, Chelsea ensured there would be no domestic silverware on Anfield in 1978 by knocking Liverpool out in the third Round of the FA Cup with a 4-2 win.

However, there was the small matter of retaining the European Cup, which Paisley's side did after beating Club Brugge 1-0 at Wembley thanks to a Dalglish goal.

In the years that followed, Liverpool cemented their position as England's top club: winning six First Division Championships, one FA Cup, four League Cups and two more European Cups in seven seasons. Total dominance. What made those feats all the more impressive was how Liverpool remained relentless even after changing managers.

Joe Fagan took over as Liverpool manager in the summer of 1983 after replacing the now retired Bob Paisley and was the first Liverpool manager to win three trophies in the same season – First Division, League Cup and European Cup. Liverpool lost Graeme Souness to Sampdoria but Fagan replaced him with Jan Molby to keep Liverpool ticking over.

Fagan's stint as Liverpool manager was short lived. Less than two years after being appointed, and on the same day as the Heysel Stadium disaster, Fagan retired from football.

Dalglish took over Liverpool in a player-manager capacity initially. In his first season in a managerial position Liverpool won their first League and FA Cup double.

The 1985/1986 season revolved around both Merseyside clubs.

Just the two points separated city rivals Liverpool and Everton as the red half of Merseyside celebrated the league title. The teams then met in the FA Cup final, and despite Everton taking an early lead Liverpool ran out eventual winners in a 3-1 victory. 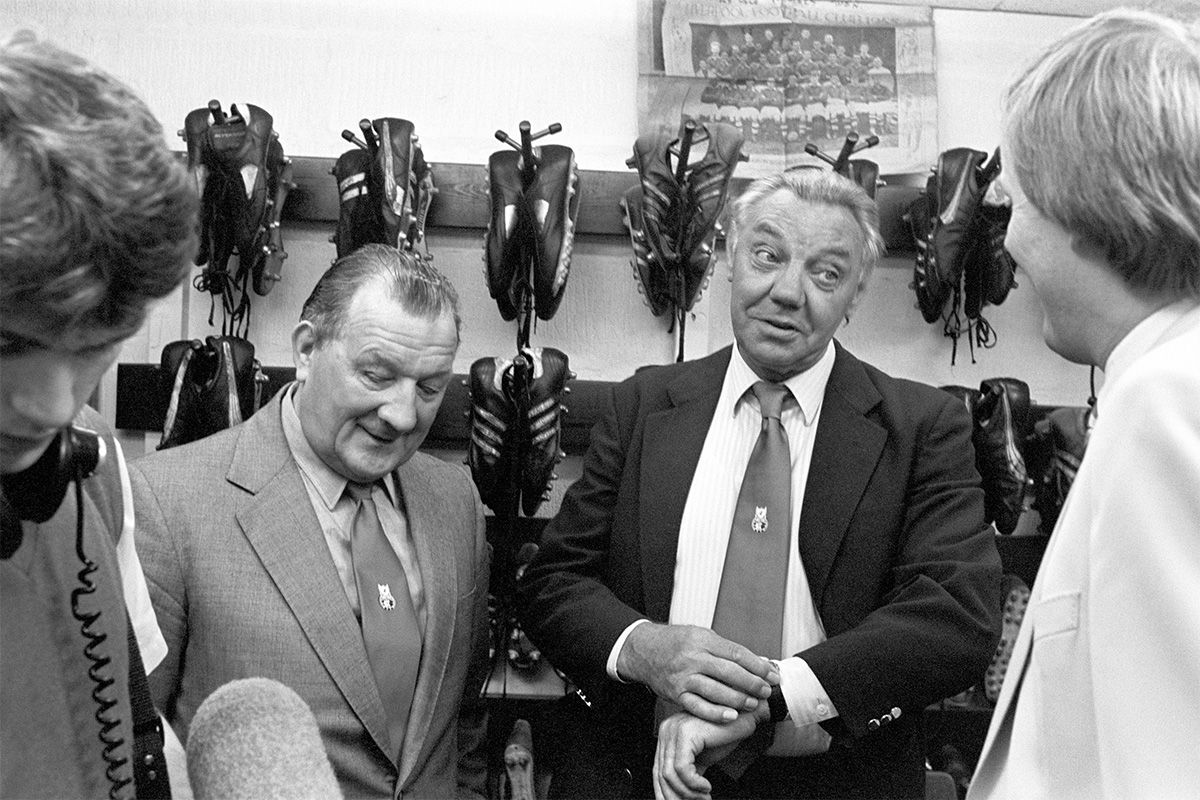 The 1986/1987 season saw Liverpool finish trophyless in what was Dalglish's second season in charge. It was a rare occurrence, at the time at least, for Liverpool to finish without any silverware.

A Merseyside one-two finish yet again in the league but it was a comfortable victory for Everton finishing nine points ahead of Liverpool. Luton Town knocked the Reds out of the FA Cup 3-0 in a third third-round replay (after two 0-0 draws) before Arsenal came from behind to topple Liverpool 2-1 in the League Cup final.

It was a bit of a stop-start season for the Reds. Ian Rush announced he would be leaving for Juventus at the end of the season and Liverpool signed John Aldridge in the hope of making that transition a little easier.  The team were forced into regular changes of shape due to injuries and struggled without the influential Steve Nicol. They also had the misfortune of losing their only left-back, Jim Beglin, to a broken leg in January leaving the team without a recognised left-back for the rest of the season.

The Reds used the Rush money to sign Barnes for a then national record £1.9 million, and added Newcastle United striker Peter Beardsley for £900,000. The two hit it off and, with Aldridge, transformed the team.

This new look attack clicked instantly as they fired Liverpool to the league title – the club finished nine points ahead of nearest rivals Manchester United. The Reds could even have shattered the 100-points barrier but their last 10 league games yielded just 17 points after a series of draws.

They were totally and utterly dominant, with Dalglish being able to field his strongest XI on a regular basis unlike in the season prior.

Unfortunately, a loss to Wimbledon in the FA Cup final put an end to Liverpool's hopes of a league and FA Cup ‘double' for the second time in three seasons.

Liverpool's new era wasn't as successful as the previous one and a Premier League title has eluded the club since its inception in 1992. The club has had plenty of success over the past 30 years but it's a far cry from the dominance the club and it's supporters once enjoyed.