The position of full-back is such a difficult one to fill in the modern game, simply because they have to do so much.

Those deployed in the role have to be a solid defender and an effective attacker. Yet finding players who are equally skilled in both aspects is rare and, at times, a Jack of all trades is played in the position.

So if one extremely talented full-back comes along – particularly if they’re young – a club better make the most of them. If two come along, though, then the club in question is probably Liverpool.

Andrew Robertson and Trent Alexander-Arnold have, with alarming ease, become two of the best full-backs in the Premier League. And their value for Liverpool can’t be understated.

The pair are a vitally important part of how Jürgen Klopp’s team move the ball towards goal; more so than Naby Keïta, Sadio Mané or Georginio Wijnaldum.

If you look at the passes the pair make and the passes they receive when going towards goal in the final third, their numbers are third and fifth highest for Liverpool in the Premier League on a per 90 minute basis. 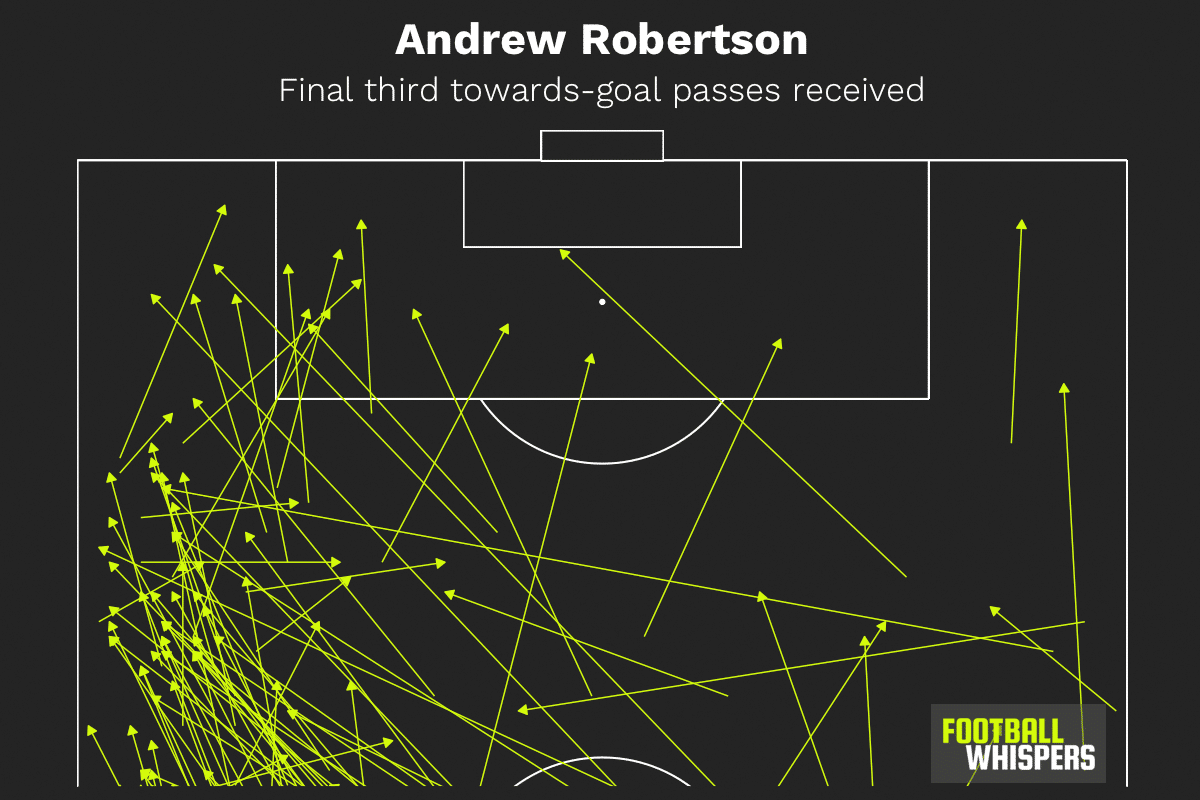 In fact, these per 90 rates – 19.7 for Alexander-Arnold and 18.1 for Robertson – are in the top 30 in the league, an impressive feat for two full-backs who aren’t on the possession-heavy teams of Chelsea and Manchester City.

Robertson is involved in more of these final-third towards-goal passes than players like Mesut Özil, Marcos Alonso and Kieran Trippier.

Alexander-Arnold, meanwhile, has his nose ahead of Dele Alli, Bernardo Silva, and Christian Eriksen. This shouldn’t be underestimated.

To look at the pair now – playing at the very heights of the game without looking troubled – you wouldn’t think that they both had to learn to control their temper.

Robertson, who had an uncommon route into professional football, working his way through the ranks at Queens Park, combining training with part-time work and study, struggled with life on the bench after arriving from Hull City last season.

“It was a new situation for me and I probably didn’t deal with it very well initially,” he told FourFourTwo magazine.

“I was a real pain to be around, to be honest. My girlfriend probably hated me for those first couple months but she was one of the people who kept me going.

“I hadn’t come through an academy system, where boys are used to being in and out; I’d worked my way through the ranks and was used to playing matches. When I got my chance, I knew I had to take it.”

His current full-back partner on the opposite flank, meanwhile, had to overcome his frustrations in Liverpool’s youth system.

“I used to show my emotions too much,” he has said. “I had to get rid of that because the opposition would notice and start to target me. If I did something wrong I would take it out on myself, but it is important in football to concentrate for 90 minutes.

“So [youth coaches] Neil (Critchley) and Alex (Inglethorpe) used to target me in training, be really hard on me, even fall out with me, just so I could learn to be more composed in the long run.”

Party at the front, business at the back

The lessons they’ve learned have served them well, and the pair are a very useful attacking outlet for Liverpool while also, crucially, being capable defensively. 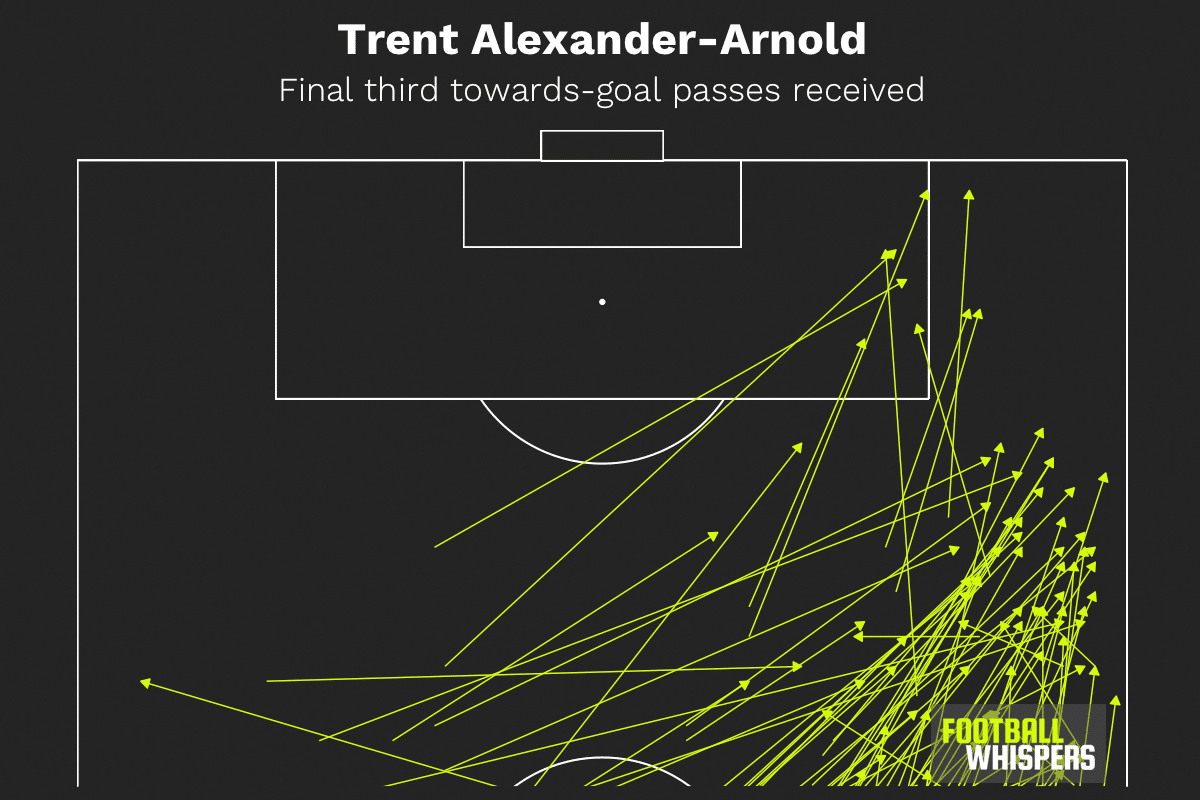 They make an unerringly similar amount of tackles and interceptions per 90 minutes – 3.37 for Robertson and 3.29 for Alexander-Arnold. And while these aren’t as highlight reel-worthy actions as when they join the attack, they’re solid and representative of players who know their duties, know how to defend, and can cover the full flank in order to do it.

Best of all they’re both still so young and should only improve with experience.

So remember, if one young, talented full-back comes your way, you take them. If two come your way, you’re probably Liverpool. And that means that, if you’re not Liverpool, you’d better come up with a way to combat them.