recent reports suggest they still will, but the Reds are adamant he isn’t for sale at any cost.

Many clubs use such a phrase to drive up the price but Liverpool can’t be using this as a negotiation tactic. Not if they have aspirations to win everything possible.

Yes, every player has a price, but unless Barcelona make an offer which considerably eclipses the £89million Manchester United paid to sign Paul Pogba, they shouldn’t even pick up the phone to the Catalans.

The Merseyside club can’t repeat the mistakes of yesteryear if they are to make the most of the opportunity they’ve been presented with. A combination of being able to play under Jürgen Klopp, having Champions League football at their disposal and Fenway Sports Group being prepared to sanction significant cash to be spent on squad upgrades isn’t a regular occurrence.

In the end it turned out to be possibly the most underwhelming window possible. Luis Suárez was sold to Barcelona and Liverpool brought in the likes of Lazar Marković, Mario Balotelli and Rickie Lambert to name but a few.

The two success stories from that window are Adam Lallana and Emre Can, but the pair still divide opinion.

Their Champions League expedition ended in the group stages.

It was almost identical to the last time they played in Europe’s elite competition. Rafael Benítez sold Xabi Alonso in the summer of 2009 and the following campaign saw them crash out in the group stages having failed to replace the Spanish playmaker.

The summer saw them bring in Alberto Aquilani, Glen Johnson and Sotirios Kyrgiakos. The club weren't in the best shape back then but the result is the last two times they've finished in the top four they've sold one of their best players and recruited poorly.

It's imperative that this approach changes, and it starts with keeping hold of Coutinho. That is unless Barcelona make them an offer they can't refuse. 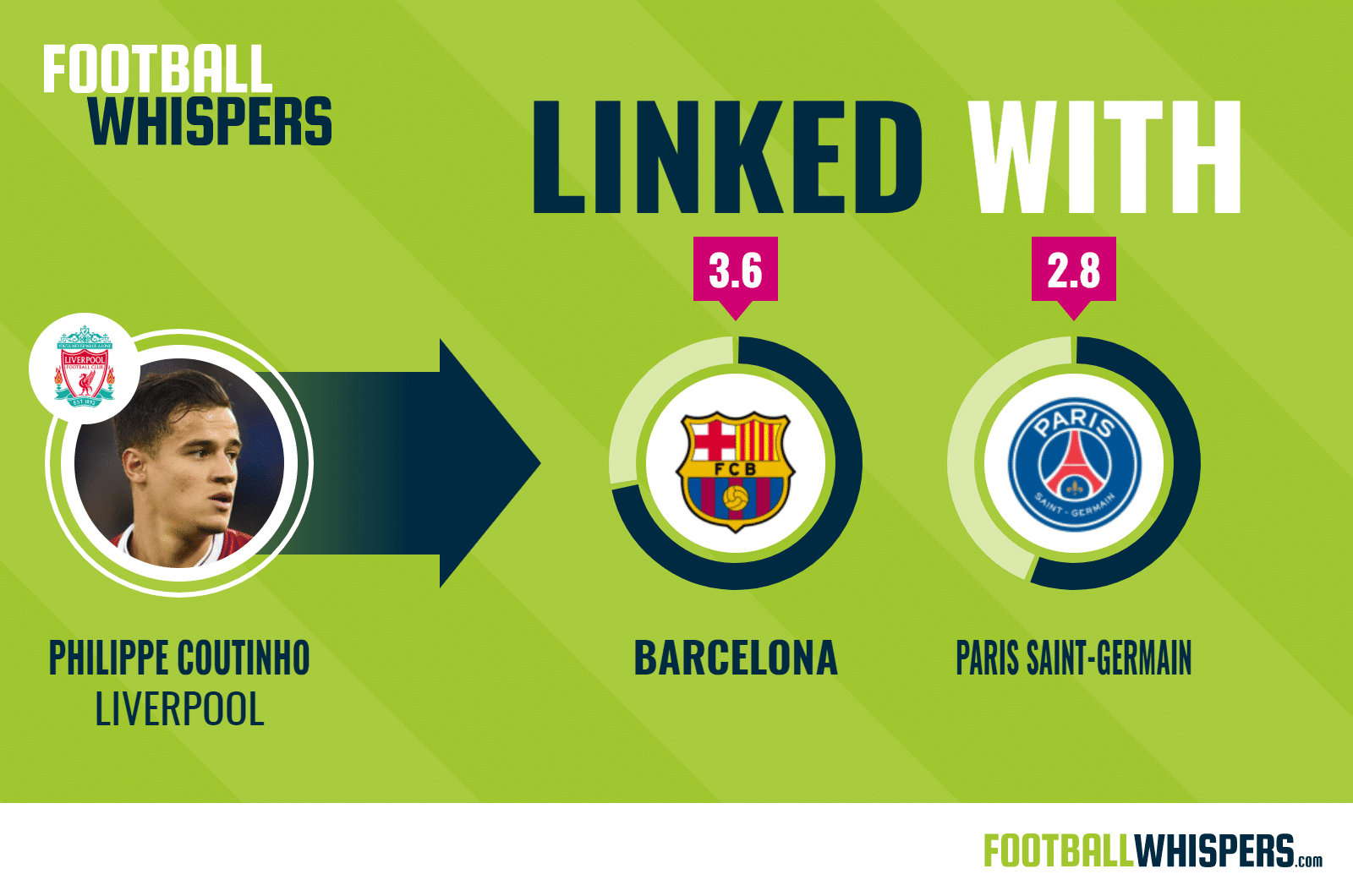 But there needs to be context and fans have to be realistic. Liverpool aren't going to get £130million for Coutinho just because Paris Saint-Germain paid £200million for Neymar.

For starters, Neymar had a release clause, he's the poster boy for Brazil and he's one of the most marketable players in world football. He's also delivered on the big occasion numerous times and there aren't question marks over his ability.

Whereas Coutinho is still very much inconsistent. At the same time, though, Liverpool should be looking at close to the £150million mark when there's no release clause in his contract, he's only recently penned a new deal to make him the highest earner at the club and the transfer market is, to put it bluntly, mental right now.

Manchester City spent more than £100million on full-backs in the summer window. There's no reason Liverpool couldn't command a similar fee, or more, for Coutinho – a game changer and a match winner who only recently turned 25 – in the future.

While all of this may appear to be hypocritical given the club's public pursuit of Naby Keïta despite RB Leipzig saying he wasn't for sale, they are almost identical scenarios. Both clubs didn't want to sell and have a host of reasons why, but every player has a price and it's naive to think otherwise.

One Step Forward, Two Steps Back

The Premier League is a competitive place these days. Gone is the ‘big four’ and in its place stands the top six. With just four Champions League places up for grabs, it’s a scramble every single year.

Last season Arsenal and Manchester United finished fifth and sixth, which goes to show just how tough this league now is. If you had said that a decade ago people would have laughed. In your face. Loudly.

Finishing in the top four is one thing but consistently doing it is another challenge entirely. If you get into the top four you do everything in your power to hold onto it and keep those below you at arm's length.

This summer is like no other. Teams have money to spend and this isn’t just loose change. Manchester United spent £75million on Romelu Lukaku – their attack was their downfall last season and they moved to bolster that.

Arsenal broke their transfer record to finally bring Alexandre Lacazette to England. He’s a goalscorer and his arrival means that they’re undoubtedly stronger than last season.

Chelsea spent close to £70million on Àlvaro Morata and Antonio Rüdiger arrived to help Antonio Conte shore up his backline. Pep Guardiola started his revolution at City early this year with the arrivals of Ederson and Bernardo Silva. Kyle Walker, Benjamin Mendy and others followed.

Their squads are all stronger. Spurs are now without Walker but they did bring in Davinson Sánchez, Serge Aurier and Fernando Llorente. Walker was good but there are a number of right-backs in the world who can do his job; Liverpool losing Coutinho is the equivalent of Spurs losing one of Harry Kane or Dele Alli.

Liverpool have addressed issues in the form of Mohamed Salah adding much needed pace to the frontline and with Andrew Robertson joining the Reds have someone who can challenge Alberto Moreno for the left-back role.

Long-term Liverpool transfer target Keïta will join next summer, and Virgil van Dijk could too. But they wouldn't make up for the loss of Coutinho – his form was one of the main reasons they managed to finish in the top four last season.

They need those players to supplement the Brazilian. The more quality he has around him the more destructive he is – see 2013/14 for more information. Liverpool need to show they mean business and it starts by keeping their best players.