Liverpool have the chance to lift their sixth European Cup on Saturday but many in the media, especially those in Spain, have already written off their chances. Jürgen Klopp's men face off with the all conquering Real Madrid, who are playing in their third successive Champions League final.

A recent feature on Bleacher Report collated all of the quotes from various outlets. A general theme quickly emerged – Liverpool aren't in Real Madrid's league and the La Liga side don't fear the Reds.

Diego Torres, a journalist with El Pais, said as much: “There isn't any sensation of fear in Madrid about Liverpool – among the directors, among the players,

“They're relaxed in Real Madrid before this final. They've never been so calm and confident in the club before a final than now. This final is the easiest final they have in front of them, all of them – [club president] Florentino Pérez, the captains. Everyone.”

Others touched upon dogged performances in previous finals against Atlético Madrid and Juventus as proof this Los Blancos side know how to win dirty.

Zinedine Zidane's men are being built up as this invincible force of nature. If the players really are as confident as the press are claiming then their hubris could be their downfall in Ukraine because the Spanish side are far from perfect.

The truth is there are weaknesses throughout this team and Liverpool are the perfect unit to exploit them.

It's naïve of those in the press to assume that just because they've beaten Atletico and Juventus – two defensively solid teams – in previous finals that it means they'll dispose of a Liverpool side, who the media have decided are brittle and mentally weak, with relative ease.

The Reds are a different proposition altogether. Tottenham Hotspur brushed Real Madrid aside during the group stages of the Champions League and Mauricio Pochettino doesn't have the talents of Mohamed Salah, Roberto Firmino or Sadio Mané at his disposal.

Zidane's midfield and defence looked fragile against a powerful, energetic Spurs system. They haven't painted themselves in a positive light in other fixtures, either. Borussia Dortmund and Juventus shared six goals against this Madrid side while Málaga, Girona, Villarreal and Sevilla all scored two or more goals in a single La Liga game.

Teams who are positive against Sergio Ramos and Marcelo cause all kinds of problems. Liverpool's best form of defence on Saturday could be attack. It's the two Madrid defenders who should have bullseyes on their back.

Though Ramos is considered by many to be one of the best centre-backs in the business right now there's a bit of Martin Škrtel about him. The goals he scores paper over the parts he plays in those the team concede. He's often caught ball watching and against an attack filled with speed he could be in serious trouble.

Likewise, it's widely acknowledged that Marcelo is one of the greatest left-backs ever. He is if the only part of his game being judged is what he does in the final third. Defensively, his positioning is horrendous. What makes it worse is the fact he rarely seems to do everything in his power to get back and make up for his earlier misjudgement. 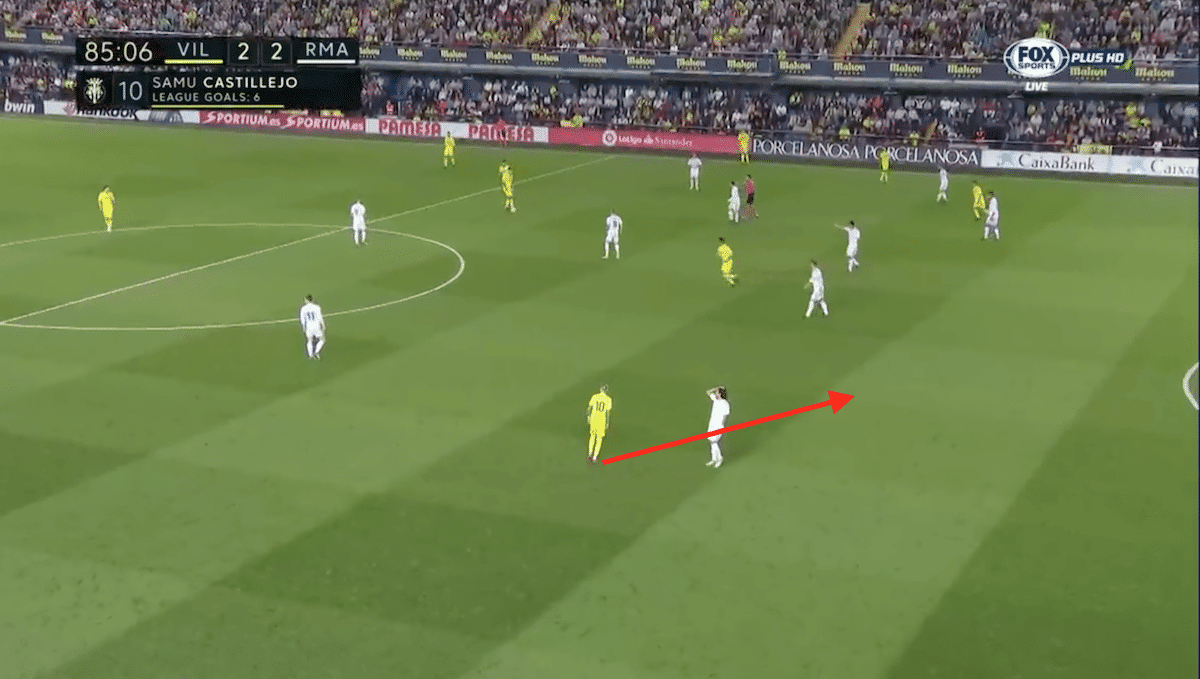 It was on full show against Villarreal in the final La Liga game of the season. Real Madrid had a 2-1 lead with five minutes of normal time remaining and for some unknown reason the No.12 isn't looking at the play or where the defensive line is.

His atrocious positioning allows Samu Castillejo the chance to make a run into the acres of space centrally, the kind of run Salah makes on a regular basis. The Brazilian full-back tries to play offside but times it poorly. Castillejo rounds the keeper to score the equaliser.

The Reds had a lot of joy playing balls in behind against Roma. If Real Madrid's defensive line is as bad as this in the final then it might be a tactic Klopp deploys yet again. 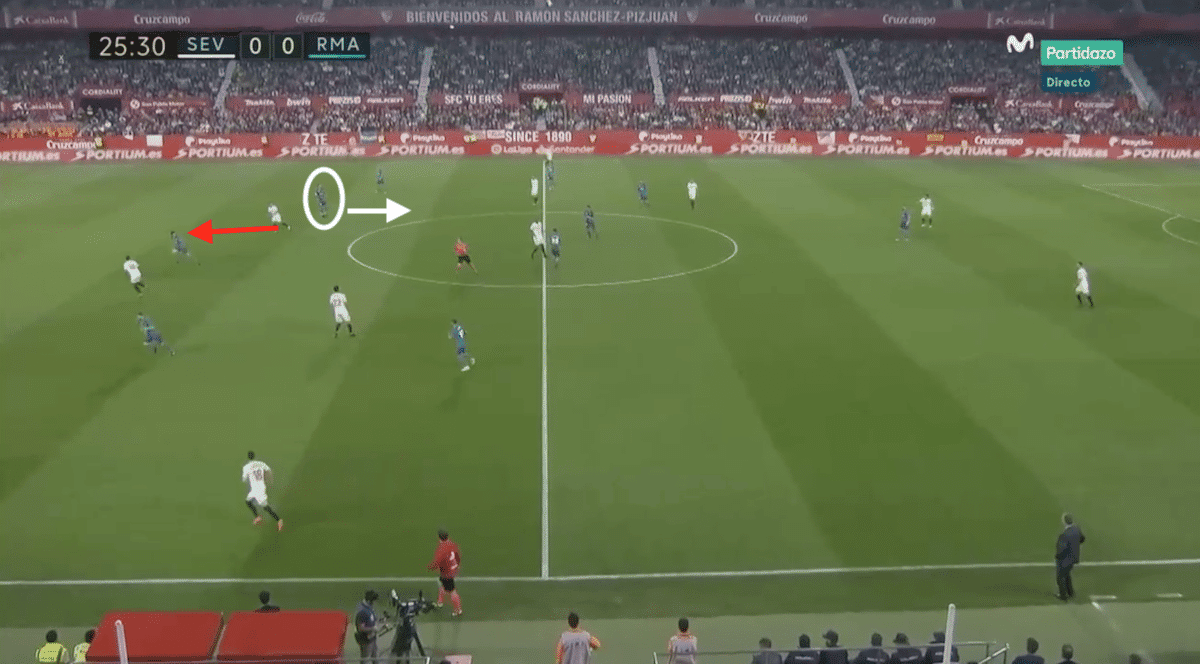 This time it's Ramos who is caught for for a goal. Playing against his former side Sevilla, the Real Madrid captain inexplicably switches off during a long ball forward. Instead of backing off to cover Raphaël Varane, who is going up for the header, and following the striker moving into space, he keeps his eyes forward and doesn't react to the threat in behind. 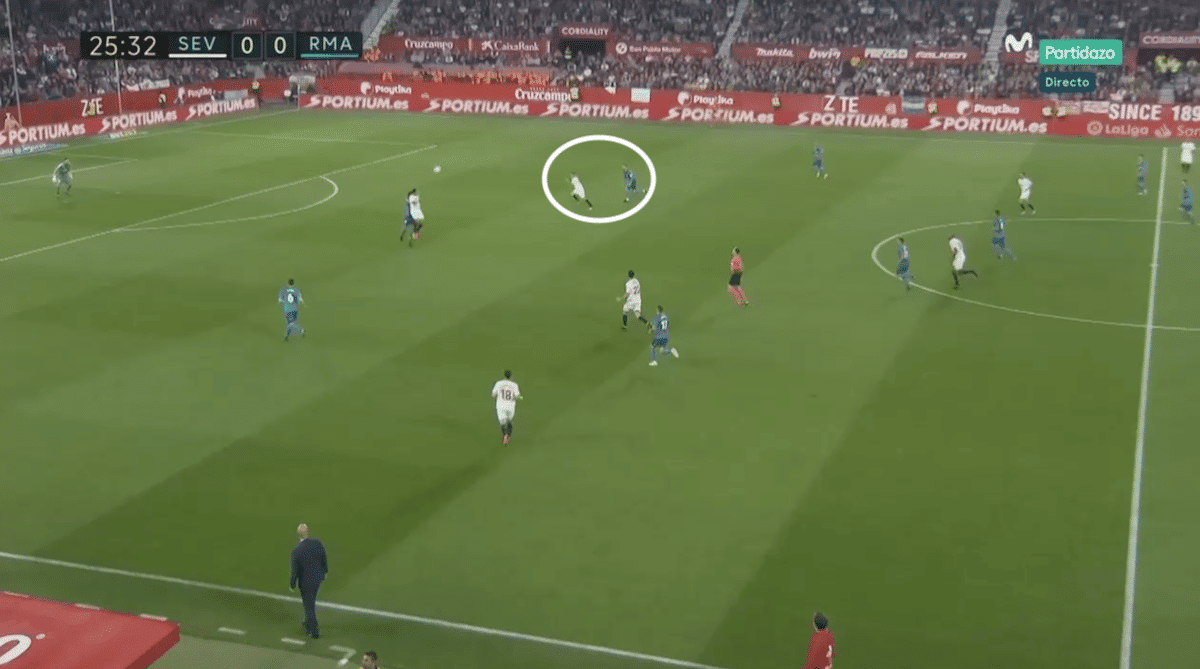 Luis Muriel wins the header and flicks the ball into the path of Wissam Ben Yedder. Ramos, who is only now reacting, isn't quick enough to get goal side of the French-born forward and he has perhaps the easiest finish of the season. Liverpool, at times, have shown they aren't averse to looking to use Firmino as a target man of sorts and the Brazilian forward is deceptively good in the air.

If he's able to win headers in the same area as Muriel then both Salah and Mané could cause some serious damage drifting into central zones.

It isn't just long balls which are Real Madrid's undoing. Quick passing and clever movement is also kryptonite to them. 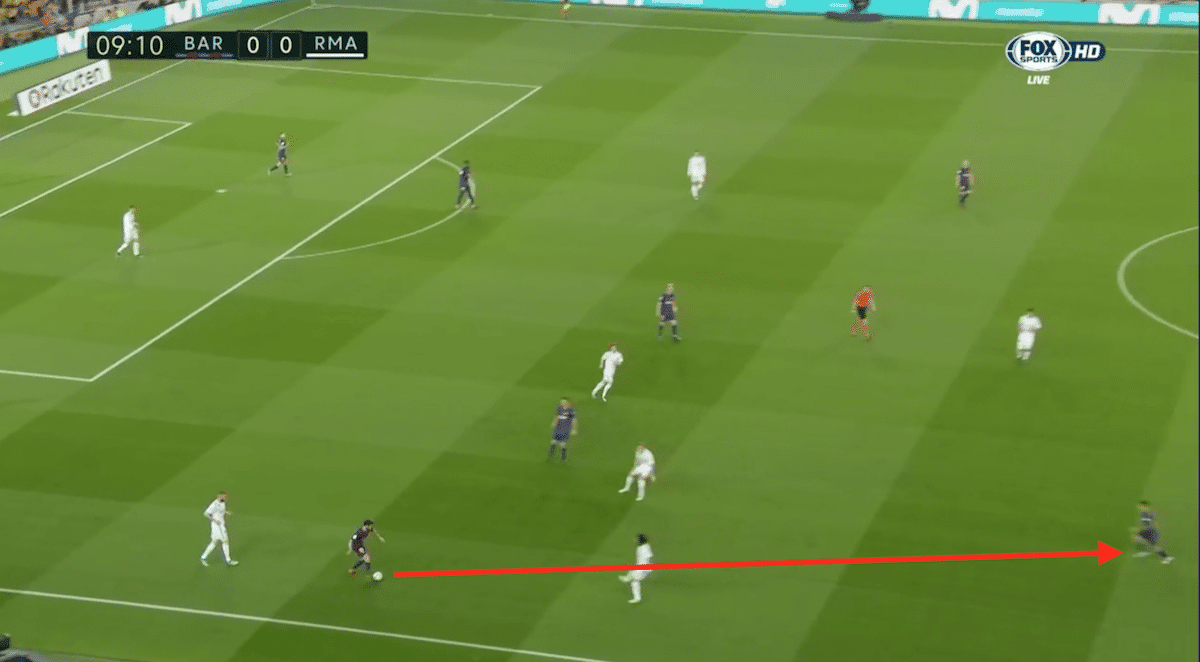 One of the simplest moves Barcelona have constructed all year results in a goal. Sergi Roberto picks up possession and is fronted by Marcelo who has pushed on from his left-back position with Real Madrid looking to press high and smother the home side. However, the passing angle isn't blocked off and he's able to feed it into the feet of Philippe Coutinho. 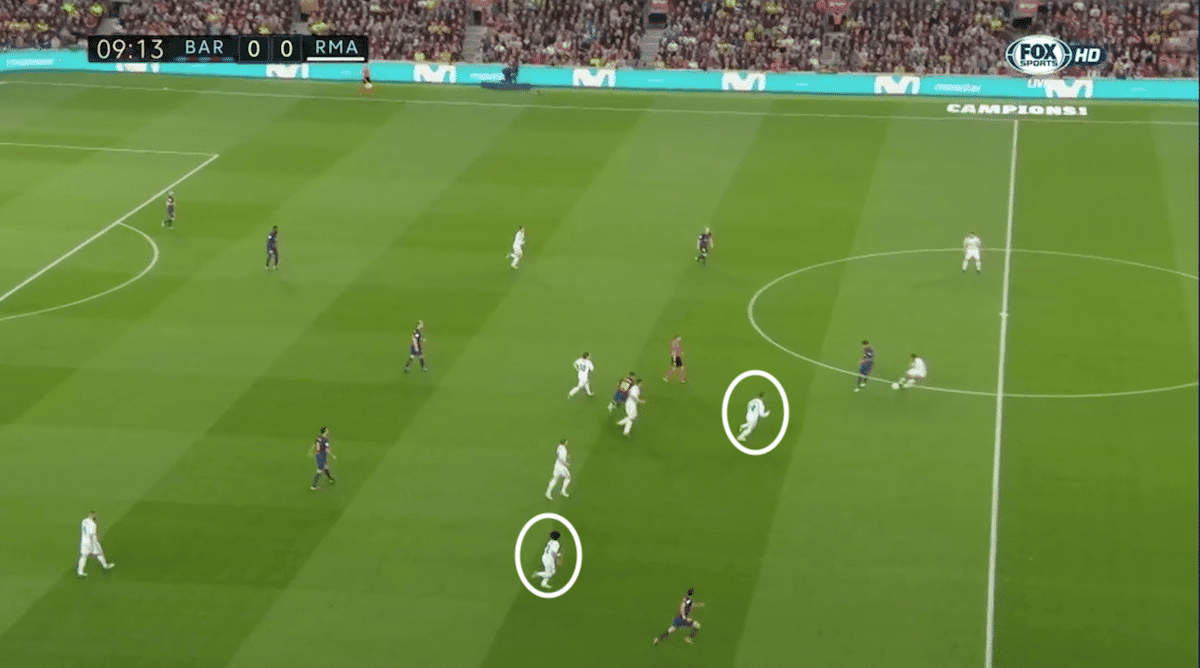 The Brazilian's composure and quick feet allow him to keep the ball under pressure and he's able to work the ball into Luis Suárez who is just outside of the centre circle. Now, Ramos and Marcelo are both circled. The left-back is watching play, rather than what Roberto is doing on the flank, while the centre-back isn't in a position to cover after being the one to put pressure on Coutinho initially.

Suárez plays the ball into the space behind the two left-sided Madrid defenders and Roberto drives forward. When his cross is eventually fired home, with the former Liverpool striker the man to round the move off, Marcelo is still outside of the penalty area.

It's Varane, who is forced to cover both Ramos and Marcelo, who is the closest player to Roberto. Dani Carvajal, the right-back, is forced into a centre-back position and Suárez is able to take up a position at the back post in space. It's not too dissimilar to the goal Liverpool scored against Hoffenheim in terms of execution. But it's similar to countless ones the Reds have scored this season.

If Liverpool play their game then Real Madrid might find themselves in trouble in the NSC Olimpiyskiy Stadium. It definitely won't be as one-sided as many are trying to make out.