Since the inception of the Premier League, every serious Liverpool title challenge has been followed up by an underwhelming campaign after a disappointing summer transfer window.

On paper, it appears as though history is repeating itself. With a little under two weeks of the transfer window remaining, the Reds are yet to make any first-team signings. All the while, rivals are strengthening.

Given what has happened in the past, it is undoubtedly a risk.

The 2001/02 campaign saw the Reds pip Manchester United to the runners-up spot. Gerard Houllier’s men looked well placed to rival Arsenal for the title and spent close to £20million in the summer of 2002 to reinforce their squad.

Burno Cheyrou arrived along with El Hadji Diouf and Salif Diao. After an eye-catching World Cup with Senegal, Diouf took the place of the on-loan Nicolas Anelka in the squad despite the Frenchman playing an important role in Liverpool finishing second.

Fast forward to the May 2003 and the Reds had to settle for a fifth-place finish with 16 points fewer than they’d managed the year prior.

Liverpool pushed Manchester United the whole way during the 2008/09 season. They dismantled the Red Devils at Old Trafford and it appeared as though Rafael Benítez had finally cracked it. With more squad depth, the Reds could finally get their hands on the elusive Premier League crown.

The Reds broke even that summer, essentially wasting the £30million they received on Alonso by replacing him with the injury-prone Aquilani. A seventh-place finish was all they could muster, 23 points fewer than they managed when Liverpool looked like the real deal.

Brendan Rodgers came closer than any other manager when his 2013/14 side went on that famous run. Liverpool blew sides away, netting over 100 goals in the league, before eventually falling two points shy of Manchester City.

It was unsustainable. Everyone realised this but from a position of power, with money in the bank after selling Luis Suárez to Barcelona, Liverpool could’ve assembled a more well-rounded squad during the summer of 2014.

To replace Suarez’s goals, the Reds signed Rickie Lambert and Mario Balotelli with Divock Origi agreeing to move to Merseyside after a season on loan with Lille. Adam Lallana arrived with Southampton team-mate Dejan Lovren while the Reds spent big on Lazar Markovic.

Not only did Liverpool have to bed in so many players, they also did so while trying to implement a new system and style. A sixth-place finish was all they could manage with the Suárez replacements netting just three goals in the Premier League.

It isn't likely Liverpool's 97-point haul last term will be repeated this. Jürgen Klopp and his players had luck in big moments and were fortunate not to have long-term injuries to key players. It was the perfect storm.

That isn't to suggest the Reds can't manage a 90-point season – they have a core group of players who have shown they can beat the best and the worst the Premier League has to offer – but adding quality would have made that aim a little more realistic.

Losing just once isn't something a team can expect to replicate either, not when there are more games to play and fewer of the first-team had a proper pre-season due to AFCON and Copa America commitments.

There's a belief familiarity will work in Liverpool's favour. Fans cite Tottenham as an example as to why teams not signing a player as a reason as to why it isn't necessarily a bad thing. Spurs did finish in the top four and they did reach the Champions League final. 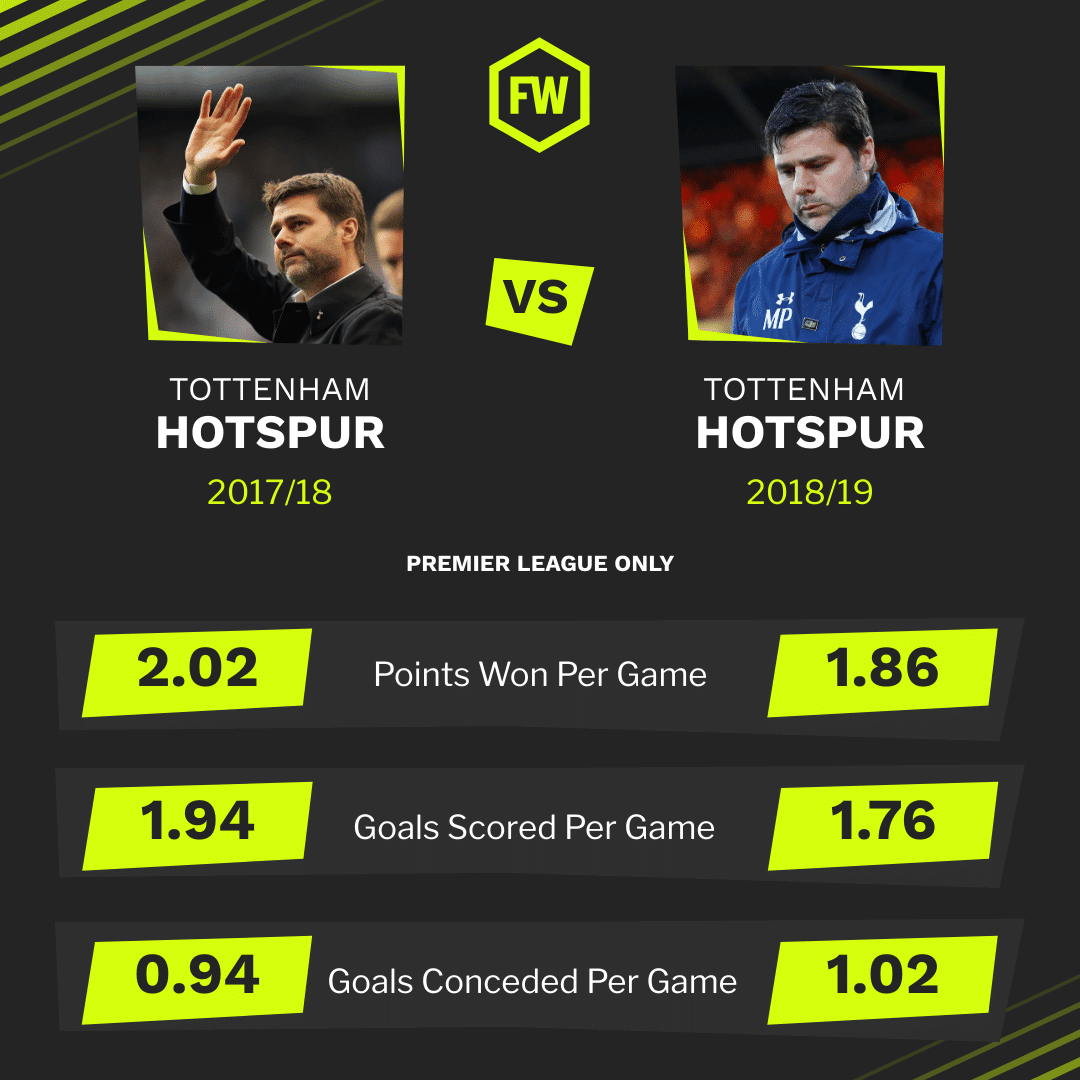 However, they finished with seven fewer points than they accumulated during the 2017/18 season, and lost a third of their matches in the Premier League. Injuries piled up and they couldn't cope.

Spurs defied the odds to achieve what they did, but ultimately a failure to strengthen their squad meant they picked up fewer points and finished the season trophyless.

Liverpool have a better base than Mauricio Pochettino's men but, for example, they're still one serious injury away from Origi having to replace Mohamed Salah. The drop off in quality is scary, just as it was when Fernando Llorente had to deputise for Harry Kane.

Ultimately, Liverpool have books to balance. Success isn't cheap and the Reds have rewarded players with improved deals. The six-times champions of Europe might have needed a break this summer from the lavish spending of last year but cheaper alternatives should have been lined up for quite some time to ensure the squad had enough depth to keep key players fresh.

Momentum is key to the project at Anfield. The Reds should've leveraged their position of power as it might not be an option next summer if the form tails off as it has after every previous title challenge.

Liverpool are used to taking risks. The lack of new arrivals this summer might be their biggest one yet.