Liverpool played host to Watford today looking to get back to winning ways and strengthen their grip on a top-four place. What could have been a difficult match turned out to be relatively easy for the Reds.

Jürgen Klopp made four changes to the side that lost to Manchester United with Joël Matip, Joe Gomez, Gini Wijnaldum and Jordan Henderson coming in for Trent Alexander-Arnold, Dejan Lovren, James Milner and Alex Oxlade-Chamberlain.

In their last outing, Watford suffered their heaviest defeat under new manager Javi Gracia with Arsenal hitting them for three. They went with a more conservative 5-4-1 at Anfield in an attempt to frustrate the hosts.

It spectacularly backfired on the visitors after just four minutes. Orestis Karnezis on his weaker right foot.

The Reds had more chances but had to wait until the 43rd minute to double their lead. Andrew Robertson‘s driven ball across the face of goal was tapped in by Salah. His 26th goal in the Premier League. 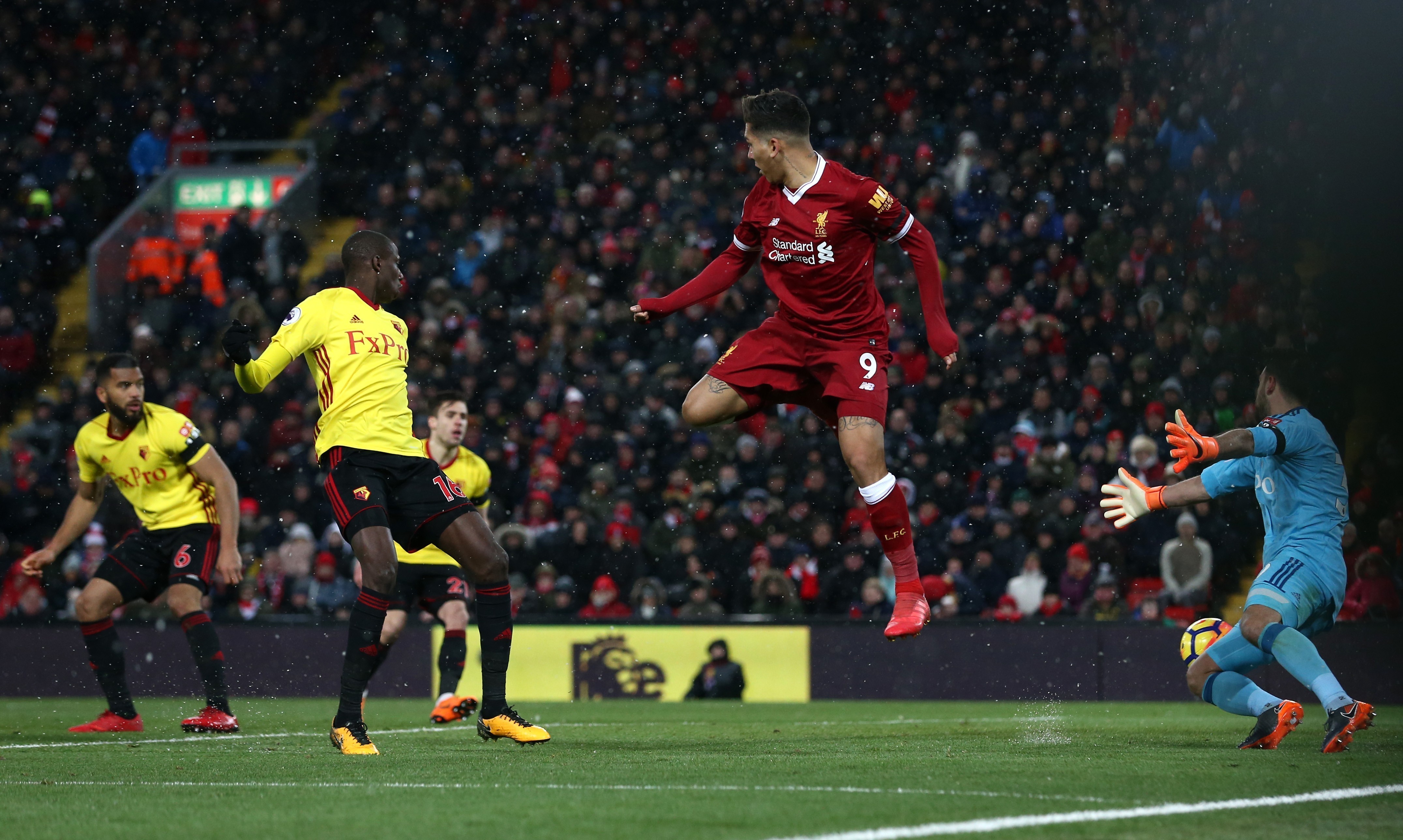 If the first Liverpool go was brilliant, the third was just ridiculous. Salah floated a cross in which allowed Roberto Firmino to nonchalantly guide it into the goal with a delicate back heeled effort.

Not to be outdone, Salah added an exclamation point when he danced past Watford defenders before poking the ball past Karnezis to complete his hat-trick. His first for the club.

The Liverpool No.11 then played a sublime ball to Danny Ings who saw his shot parried out. It fell to the one man Watford didn't want it to: Salah. He lashed it home for his fourth of the game and Liverpool's fifth.

Here are five things we learned from the Salah show.

Salah is one of the best in the world

On current form there's nobody better in world football. The £39million summer signing now has 28 goals in the Premier League. He's been involved in 15 goals in his last ten starts and, if truth be told, it could have been many more.

In Salah, the Reds have a match winner, a game changer and a difference maker. After drawing a blank against José Mourinho's team last week, some claimed he could only operate in space and was predictable. Unfortunately for Watford, the Egypt international wanted to prove a point. He dazzled, danced and waltzed past swarms of yellow.

They couldn't stop it, they just had to begrudgingly admire it. He put on a masterclass. It's not the first time and it won't be the last.

Klopp reacts to defeat to Manchester United…or does he?

After the disappointing defeat at Old Trafford last weekend, there was a sense of intrigue surrounding who the Liverpool manager would partner Romelu Lukaku bullying the Croatia international.

All defenders lose headers but it was the manner in which it happened that led to the former Southampton man feeling the brunt of the supporter's anger.

He basically allowed the ex-Everton forward a free header after failing to get up and challenge him for the opener. Alexander-Arnold could have done much better but people struggled to look beyond the fact the Liverpool No.6 didn’t get off the ground.

His exclusion from the starting XI today, however, doesn’t mean much. He’d played three consecutive games prior to Watford’s visit and it was always going to be likely that Klopp would throw Matip back into his team.

The Liverpool boss has heavily rotated over recent months meaning fans won’t ever know whether Lovren was dropped or simply just rested. 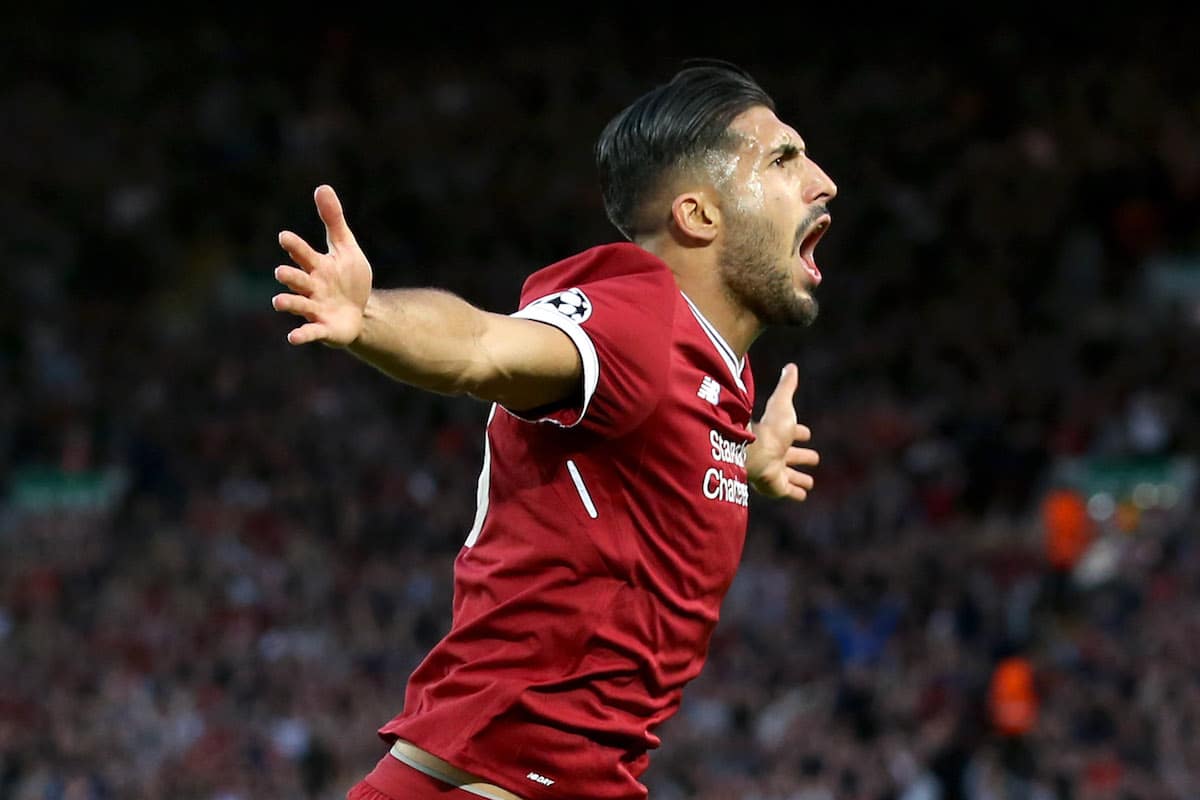 Emre Can’s situation at Liverpool is a strange one. The match today was the 24-year-old’s fifth successive start. Without coming out and saying it, Klopp’s effectively confirmed that the Germany international is a key part of his squad. After all, actions speak louder than words.

Why is it strange? The Juventus and Bayern Munich transfer target’s contract expires at the end of the season.

Talk of his exit has dominated the media for the best part of 12 months now and some fans believe it’s distracted the one-time Bayer Leverkusen man. To an extent, it’s true. He’s not consistently delivering Man of the Match performances and it’s frustrating to see him pull the strings in the 4-3 win over Manchester City before he struggled to impose himself as an offensive threat in the 1-0 loss to Swansea City.

But Klopp’s continuous use of him, in various roles, shows the Liverpool boss feels Can could have a future at the club. It feels as though the ex-Borussia Dortmund manager is making a point to the midfielder that he’s very much part of his first team set-up at Anfield. He doesn’t need to be selecting him with such regularity, he has others who can play the box-to-box role in midfield, but he is. It’s very telling. 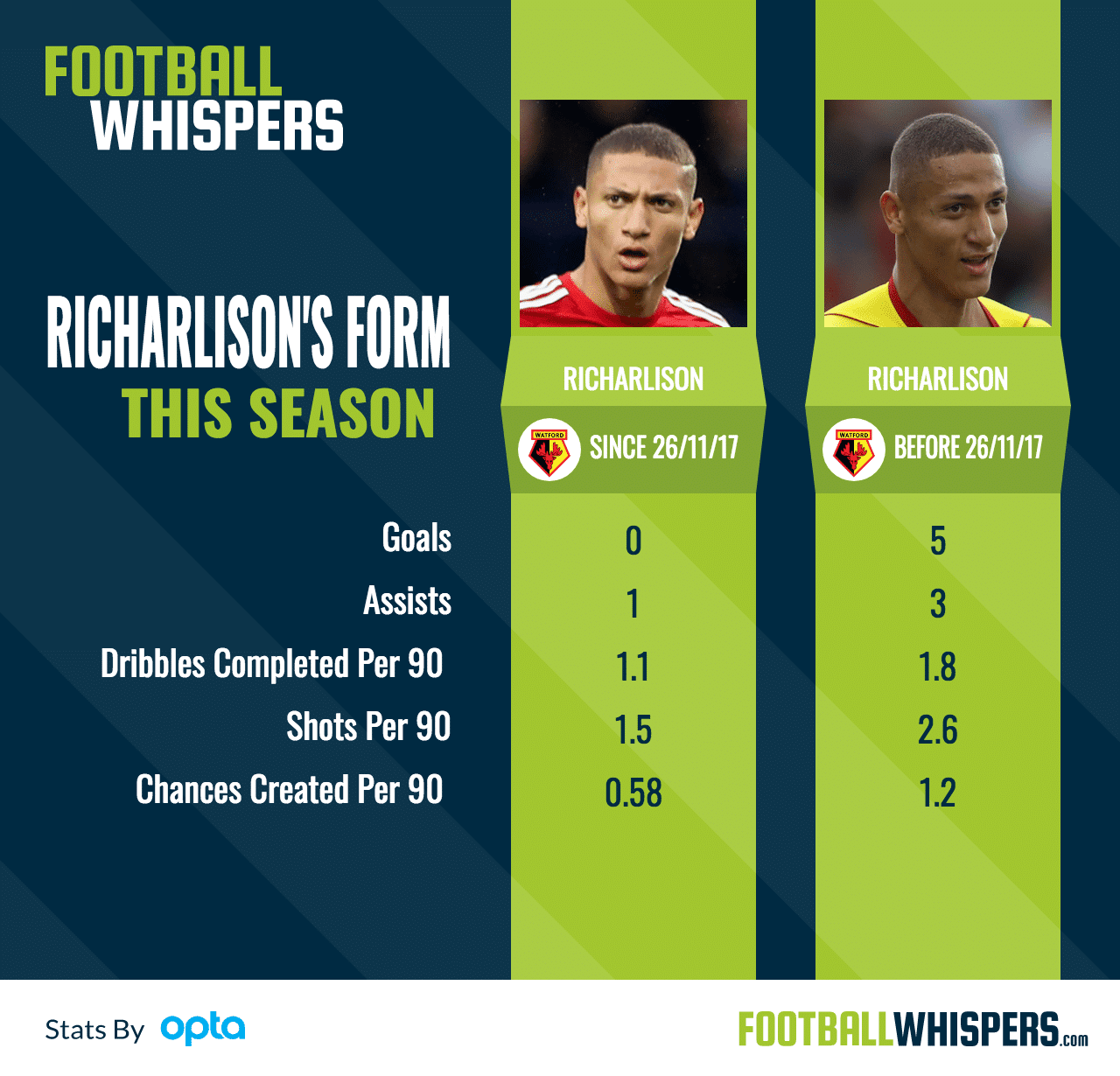 The 20-year-old took to the Premier League like a duck to water following on from his £11million summer move. His early season form, which saw him involved in eight goals in 14 matches, saw him linked with a £40million move to Tottenham Hotspur. Liverpool were also believed to be interested in the Brazilian. Richarlison had surpassed Wilfred Zaha as the best of the rest in the top flight.

But then his form fell off a cliff. Heading to Anfield today he had failed to score in his last 20 appearances in all competitions and he’s failed to register an assist in his previous 14 outings.

He had a chance to catch the eye at Anfield but those coming away from the match will feel underwhelmed and almost disappointed. The former Charlton youngster gave him absolutely nothing all game. The England international dealt with the Brazilian with relative ease, he completed just the one dribble.

He lasted just 65 minutes before Gracia looked to switch things up in an attempt to get back into the game. That will be a concern for Watford fans, especially after so many Liverpool supporters had questioned Gomez's long-term future at right-back.

The Liverpool captain returned to the side today, much to the delight of many, but after a bright start he looked well off the pace. He threaded an early ball through to Sadio Mané and looked to be on it.

It didn't last long, unfortunately. Whenever pressed by the away side his first thought was to go backwards and it invited pressure on. There was a period just before Liverpool grabbed their second that Gracia's men looked to be growing into the game and it was because they hunted the Liverpool No.14.  He looked flustered and there was a ten minute spell in the first half when he looked rattled.

It was brief but opposing teams watching on will have taken note of it because it's not the first time it's happened.

It's not what you want to see. Especially not from a player in such a key area of the pitch.  There was bullseye on his back and there will continue to be one. Against teams who stand off the Reds there's not an issue. He works the ball well and keeps things ticking over. The issue, however, is when he's not given the freedom to do that. Can Liverpool persist with such a safety first player in a role that requires risk?