With a Saturday lunchtime kickoff, Everton made the short journey across Stanley Park to Anfield, taking on neighbours and rivals Liverpool in the latest edition of the Merseyside Derby.

It is a fixture steeped in tradition, but the increased popularity of both clubs means that far more than local pride is now at stake when the city’s two clubs go head-to-head. Liverpool dominated here, running out 3-1 winners and were rarely troubled by an underperforming Everton. 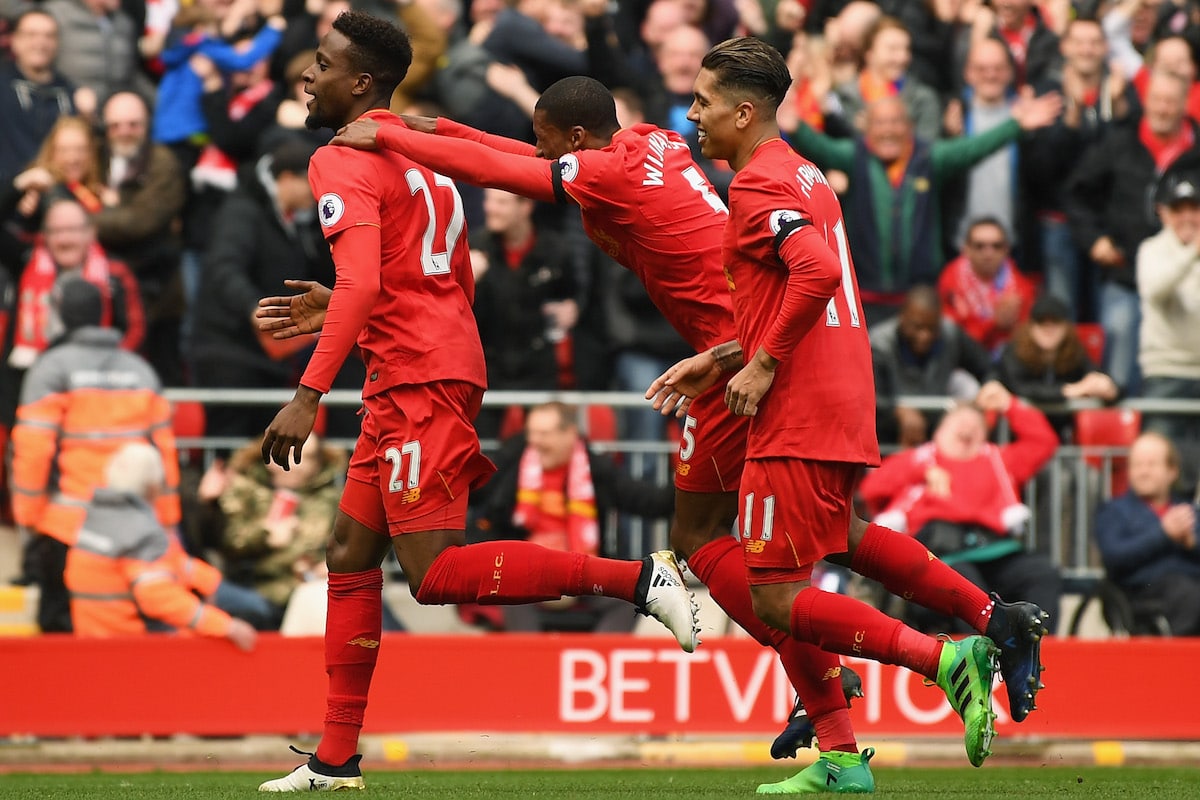 Simon Mignolet – A very quiet first half, but made a handful of important saves including a notable stop from Mason Holgate that kept the result comfortable for his side. 6

Nathaniel Clyne – Kept Leighton Baines quiet throughout and even got forward to make a couple of good crosses himself, but often drifted too narrow and out of position. 6.

Dejan Lovren – Good in the air against Lukaku and repeatedly stepped out to win the ball – including one perfectly timed sliding challenge – but continually fails to get his side organised at set-pieces. 7

Joel Matip – Another excellent performance at the heart of defence, he helped marshall the Premier League’s top scorer and mopped up well behind Lovren with some smart positional play. 7

James Milner – Passed the ball well, won it back when he needed to and was never caught out of position, a quintessentially solid and reliable display from the former Manchester City man. 6.5

Georginio Wijnaldum – Drifted in and out of the game but often showed the vision and ability that he obviously possesses, while also doing the grunt work so essential to Klopp’s strategy. 6.5

Lucas Levia – Read the game very well, dropping deep and opening up space in midfield, the Brazilian was a major factor in Liverpool’s domination, he was seemingly first to every ball. 8

Emre Can – Made a number of errors and crashed into tackles with a little too much reckless abandon, he pressed well and was determined throughout but needs to add composure to his play. 6

Sadio Mané – The opening goal was a clear example of his individual skill, he was a constant threat until he was subbed off due to an injury that Liverpool will be praying is not serious. 7

Roberto Firmino – Worked hard, was vital in his side’s opening goal but was also at least partially culpable, along with others, for Everton's equaliser. Tired after the break and his final ball was poor all too often. 6

Philippe Coutinho – Simply magical in the first half, he was Liverpool’s best player here bringing energy and determination before playing with an assured composure in the second 45 minutes. 8 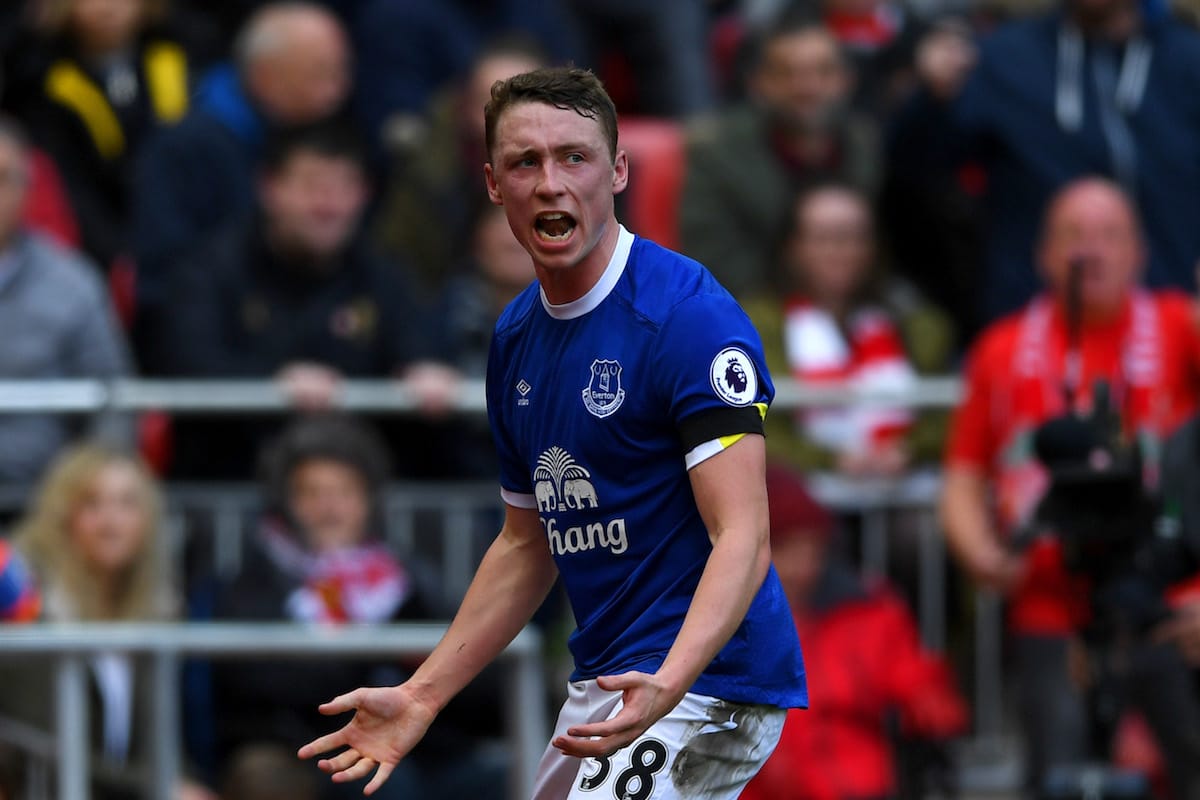 Joel Robles – Made a great first half save from Coutinho and was repeatedly left exposed, but was woeful throughout. Rooted to the spot for two of the goals he conceded and his distribution was terrible. 3.

Matthew Pennington – Guilty of letting Coutinho cut inside onto his right foot all too often, and even the young defender’s goal was not enough to salvage a poor showing. 4.

Ashley Williams – A shocking performance from the usually reliable Welshman, he was unable to cope with the pace of Liverpool and was undoubtedly at fault on two of the three goals. 3.

Phil Jagielka – Aside from Origi’s goal, the veteran defender was arguably Everton’s best player as he made some crucial blocks and played a vital role in his side’s equaliser. 6.5.

Leighton Baines – Delivered the ball well and worked hard to link-up with Ross Barkley, but flickered on the fringes of the game all too often. 6.

Mason Holgate – Poor passing and unable to prevent Everton being overrun on the right flank, the youngster improved after the break and was perhaps unlucky not to score. 6.

Idrissa Gueye – Guilty of diving into rash challenges and offered very little going forward, his usual effort and industry were not enough to mask an overall lack of quality. 4.5.

Tom Davies – Received an early yellow card which affected his decision making throughout the rest of the game, the size of the occasion simply proved too much for him. 4.

Ross Barkley – An underwhelming performance from a player who wanted to ponder far too long on the ball in a game where time was simply not there. Needs to simplify his approach if he is to take a step to the next level and probably should’ve been sent off. 4.

Dominic Calvert-Lewin – Looked sharp in the early going to came up short against a physical Liverpool defence. Was given very little service as Liverpool dominated the midfield battle. 5.

Romelu Lukaku – Got no help from his team-mates, but if the No.9 is to be seen as a top player, these are the games where he must not allow himself to be isolated. His first touch was woeful and he failed to help the side keep possession on the few ocassions it came his way. 4.