Opening the scoring only to be pegged back within the opening 30 minutes, Liverpool eventually opened up a two-goal lead and looked largely comfortable throughout as they recorded a big win over crosstown rivals Everton at Anfield on Saturday’s early Premier League encounter.

Here are five things we learned from Liverpool 3-1 Everton.

International Break Is Better Than A Rest?

When Philippe Coutinho left England to play in his country’s World Cup qualifiers last week, the Brazilian was undoubtedly in something of a rut and was struggling for form as he returned from that sickening ankle injury. He failed to register a single goal or assist during the month of March, but it appears the trip home worked wonders after vastly improved displays in the wins over Uruguay and Paraguay.

Coming back to domestic action, he continued that newfound sharpness at Anfield, netting Liverpool’s second goal with a wonderful curling effort before sealing the result by laying on Divok Origi’s strike that sealed the 3-1 win.

(Via @StatsZone): Coutinho completed more final third passes in the 2nd half than Everton did in the whole match pic.twitter.com/p7DFLyUKVw

According to figures provided by Opta, Coutinho took two shots – both of which were on target, completed a staggering SIX take-ons, while the graphic in the tweet above shows that his passing was a major feature of Liverpool’s approach. The 24-year-old connected with 36 attempts overall, laying on three clear goal scoring opportunities for his team-mates as his repeatedly tormented the Everton backline.

Taking to social media – even with your tongue firmly in your cheek – to call yourself a ‘master tactician’ just hours before one of your club’s biggest games of the season is, at best, a major gamble, but one that can be excused if your team takes to the field and delivers the goods.

However, if you’re Ronald Koeman and your game plan backfires in spectacular fashion, you’re going be left with a serious amount of egg on your face.

James McCarthy began his pre-season three and a half weeks after Ireland were knocked out of the Euros. From the master tactician

Worse still, as Jurgen Klopp’s three-pronged attack continued to tear through Everton’s overworked and undermanned midfield, the Dutchman appeared to have no response to Liverpool’s approach. Without a Plan B, the final result was obvious from very early on here, and perhaps a self-imposed Twitter ban might be advisable in the coming weeks and months.

Read more: How Liverpool Can Make The Top Four Without Injured Lallana 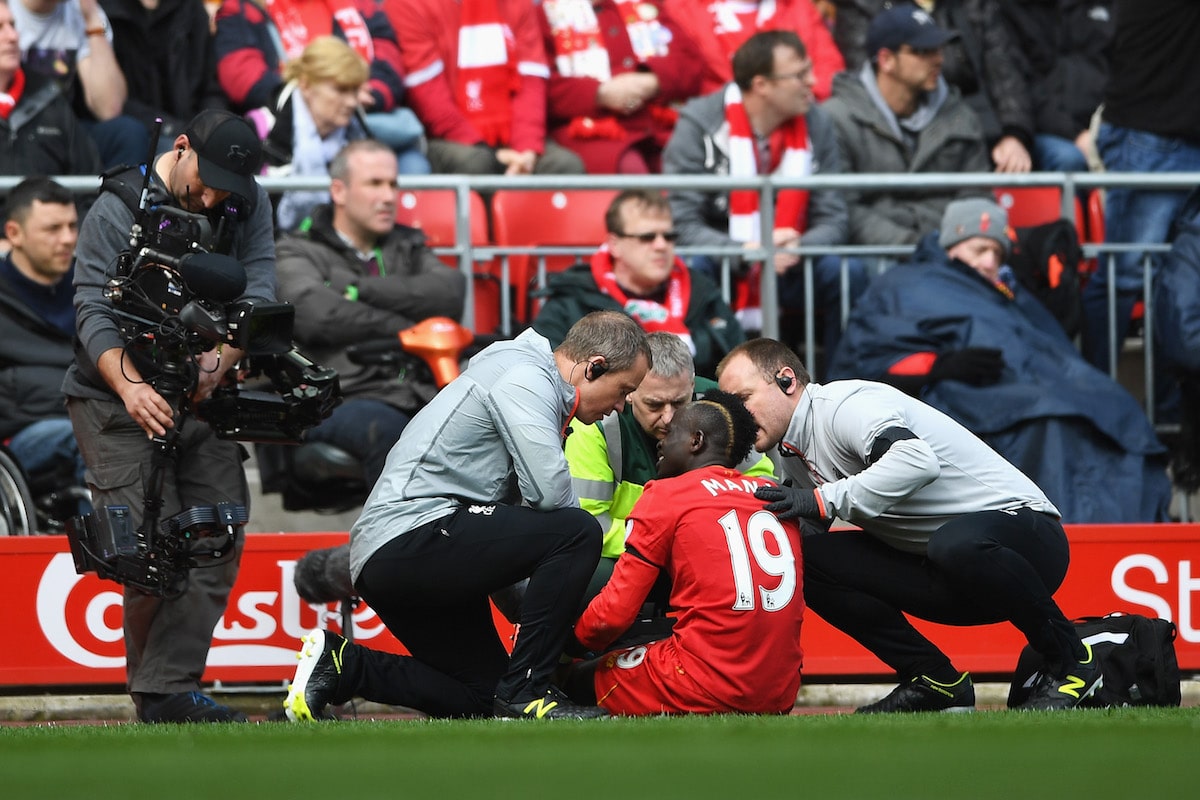 The fact he once again delivered means that we certainly didn’t “learn” that Sadio Mane is good from this game, but his performance against Everton certainly reinforced the belief that his incredible form is more than just a purple patch.

2 – Sadio Mane is the first player to score in both Merseyside derbies in a PL season since Suarez and Sturridge in 2013/14. Paradise.

Becoming the first player in three seasons to score in both league derbies is special enough, but it is the speed, strength and technical ability he brings to the side that makes the 24-year-old such a constant threat.

His goal took him to 12 for the season, while the fact he left the field injured after just 56 minutes will undoubtedly cause concern. Before then however, Mane had completed all three of his take-on attempts, while his efforts in helping Liverpool’s pressing game saw him register one tackle and two interceptions before being withdrawn.

While Liverpool were unquestionably comfortable throughout this clash, they do need to work on set-pieces defensively. Klopp’s attacking philosophy regularly leaves the defence exposed and it is no surprise they have conceded more goals (37) than any other side in the Premier League’s top seven.

However, free-kicks and corners present an opportunity to put the “heavy metal” approach of the German boss aside and focus. A lack of organisation, combined with Liverpool’s lack of prowess in the air – they rank 13th in terms of aerial battles won with just 16.9 per game – makes them especially vulnerable and it was no surprise to see Everton capitalise on that for their equaliser.

That said, when Dejan Lovren and Joel Matip are in tandem at the heart of defence Liverpool are markedly better, yet to lose when the German-speaking duo line up together in the starting XI.

Teams have looked to copy Brazil’s style of play for years, but it seems for once it seems it is the Seleção who are following what is making others successful, with their Coach casting admiring glances towards Anfield. “Tite obviously likes the way we play – we had a lot contact and I am not 100% sure but I think he wants to do something similar,” Jurgen Klopp said this week. “We had a few conversations, not with him personally because we have language issues, but there is a guy in his staff who speaks English and he likes the way we play.”

?? Of every forward in Europes top 5 leagues, Firmino is…

Many criticised the German boss for opting to play Roberto Firmino as his primary striker, but led the line for Brazil in their two CONMEBOL World Cup qualifying fixtures against Uruguay and Paraguay over the last international break. Coutinho played just off his Liverpool team-mate, the duo powering their national team to 4-1 and 3-0 wins in those respective games before spearheading this big Merseyside derby triumph.

3 Defenders Everton Could Target This Summer