Lithuania and Northern Ireland both go in search of their first win in the World Cup qualifiers this week but with Italy and Switzerland performing well, neither of these two nations are expected to qualify for Qatar 2022.

Our Best Bets for Lithuania vs Northern Ireland

Our money is going on Northern Ireland to pitch a win in Lithuania this Thursday just as they did when the two countries last locked horns back in 1993. Lithuania have lost their last six international matches, while Northern Ireland secured a 3-0 win in Malta a few months ago.

We're not expecting many goals in this game as neither side has a particularly good record in front of goal. Under 2.5 goals have been scored in three of Lithuania's last five outings as well as in four of Northern Ireland's last six fixtures, so you can see why we're backing a 1-1 or 2-0 win for the visitors.

Shayne Lavery might not have scored for Northern Ireland in any of his 8-caps to date but we're backing the 22-year-old to find the back of the net against Lithuania. The former Everton player recently signed for Blackpool after impressing during a 2-year spell at Linfield where he scored 33 goals in 56 appearances. The young striker has already scored 2 goals in five games for Blackpool and looks set to have a bright future in the game. Lavery has scored at U17, U19 and U21 level for Northern Ireland and it is just a matter of time before he nets for the senior squad.

Lithuania's two most experienced international players are midfielder Arvydas Novikovas and striker Fedor Cernych. Cernych is the captain and has scored 9-goals in 65 appearances for his country, while Novikovas is the same age, 30, but has scored 12-goals in 70 international games. Jankauskas, Uzela, Tutyskinas, Barauskas, Plukas and Krapikas are all uncapped and hoping to make their senior debuts this week.

Jonny Evans misses out through injury as does Hull City striker Josh Magennis. Liam Boyce hasn't been called-up either and neither has Conor McLaughlin who is without a club. Kyle Lafferty provides experience up-top but there are high hopes for 22-year-old striker Shayne Lavery who has impressed for Blackpool this season. Steven Davis captains his country and has amassed an impressive 126 caps so far in his career, Corry Evans, Niall McGinn and Paddy McNair are all experienced international midfielders. Cathcart will lead from the back in the absence of Evans while Dallas provides some Premier League quality along with Newcastle Jamal Lewis.

Your Questions – Lithuania vs Northern Ireland 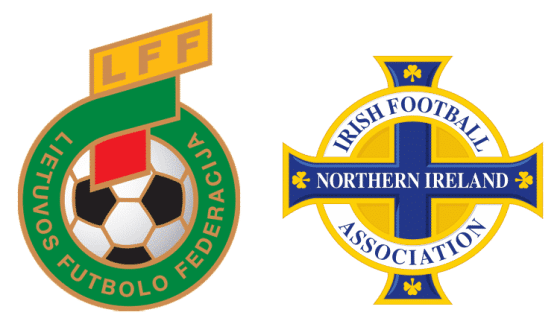