Throughout pre-season and right on into the 2018/19 campaign, weeks after the English transfer window closed, Manchester United manger José Mourinho has not been shy in letting all and sundry know he wanted a new centre-back this summer. A request he was denied by the club's board.

Keen observers have noted how often the Red Devils boss is quick to praise opposition defenders after unfavourable results – as he did following the 3-1 loss to West Ham United in September and the October Champions League reverse at the hands of Juventus. It doesn't take a genius to deduce Mourinho's true message and to whom it is directed.

One of Mourinho's signings from the summer of 2017, though, is giving reason for the manager to reconsider just how desperately he needs a new central defender.

Personally identified by Mourinho and deemed worthy of a £31million fee – making him the most expensive defender in the club's history – Victor Lindelöf got off to a rocky start in England upon joining United from Benfica.

A horror show of a first Premier League start against Huddersfield Town in October last term set the tone for a season in which the 23-year-old Swede was never able to find a settled place within the team, nor a consistent level of performance.

The 2018/19 campaign hasn't been all plain sailing for Lindelöf either, with his all-at-sea display in the defeat to West Ham, in which he scored an own goal, still a sore memory for United fans.

But in recent weeks the expensively acquired defender has begun to show signs of why Mourinho was so keen to sign him more than a year ago.

Lindelöf has shown while on international duty with Sweden that he is a fine defenders' defender when concentrated and confident within his role, starring in a World Cup play-off against Italy and impressing at the tournament proper in Russia. And at Benfica, he proved himself to be one of the most proficient young ball-playing central defenders on the Continent.

Now, thanks to his stellar turn in United's 1-0 defeat to Juventus and the Red Devils' subsequent Premier League win over Everton, the 20-time champions are beginning to see the best of Lindelöf. 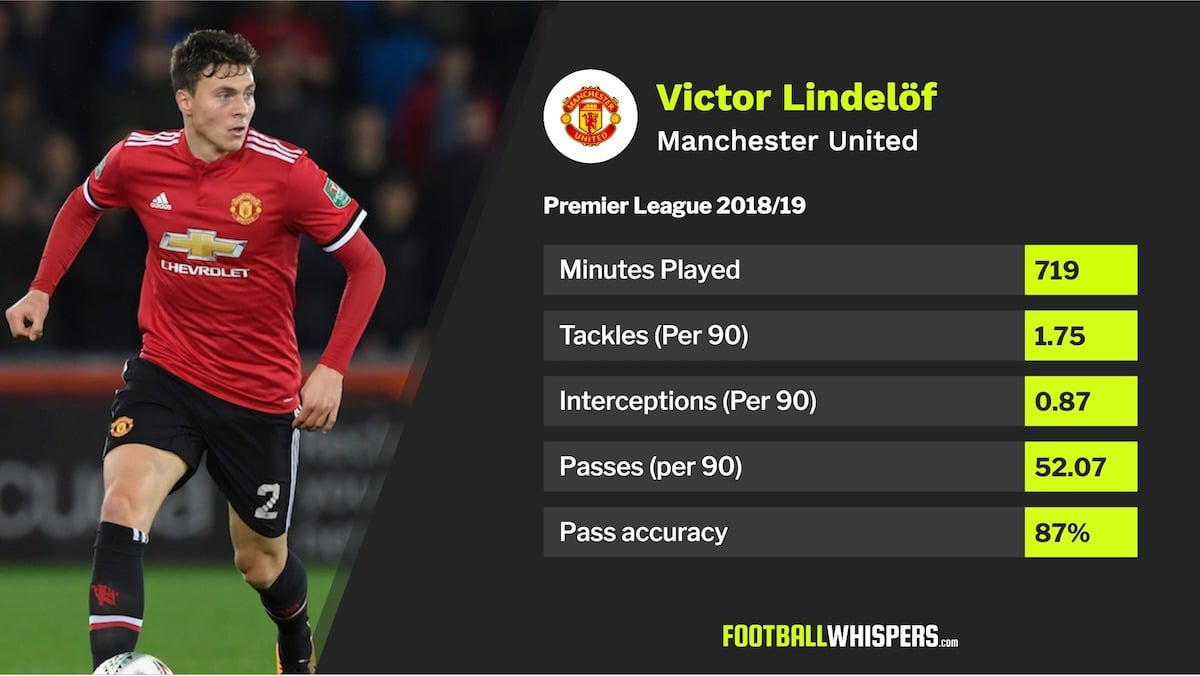 United may have lost only by a single goal against Juventus, one of the favourites of this season's Champions League, but the scoreline flattered Mourinho's men greatly; they were comprehensively outplayed, seeing less than a 40 per cent share of possession and mustering only one shot on target, despite being the home team.

It was a night from which few positives could be drawn, but Lindelöf's performance stood out. The Swede, tasked with marshalling a frontline which contained Cristiano Ronaldo and Paulo Dybala, was, along with goalkeeper David de Gea, one of the main reasons the home side were able to keep the score respectable.

Against the Bianconeri, Lindelöf's three interceptions was a higher return than United's other ten players combined, and his five clearances was the most of anyone on red. In the closing stages, as Mourinho's men fought in vain to conjure an equaliser, it was Lindelöf who ensure the back door remained firmly shut.

Then, against Everton, a game in which central-defensive partner Chris Smalling's rash challenge conceded a second-half penalty that ensured an unnecessarily uncomfortable finish, Lindelöf was the cool head.

In addition to his six combined tackles, interceptions and clearances, he completed 86.3 per cent of his 51 attempted passes.

Speaking after the Juventus game, former United captain Gary Neville praised the defender's performance, while also admitting he still has misgivings over the player's consistency.

“I watched Lindelöf on Tuesday night and thought it was one of the best centre-back performances I'd seen in a long time at Old Trafford,” Neville said. “You could watch him in two weeks, he might not hit that level and you're not sure again.”

But the former Benfica man has now started eight of United's ten Premier League fixtures, showing that, relative to his positional rivals at least, he appears to have won Mourinho's trust.

The Guardian reported recently that the United board will bow to the manager's wishes, handing him a £100million budget for new signings when the mid-season transfer market opens. Centre-backs from all across Europe – from Leicester City's Harry Maguire to Internazionale's Milan Škriniar – are being named as potential targets.

If Lindelöf is able to continue his recent form, Mourinho will be seeking a partner for the Swede during the January window, rather than a replacement.