Lincoln and Hartlepool go head-to-head in the second round of the FA Cup at the LNER Stadium. Two out of form sides meet for a knockout cup clash in Lincolnshire. Read our expert predictions and find the latest odds for the game below in our match preview.

League One side Lincoln take on League Two strugglers Hartlepool in the FA Cup. Find our top three predictions for the fixture below.

Lincoln and Hartlepool both carry dismal form into their FA Cup second round clash at the LNER Stadium on Saturday and with confidence low in each camp, the teams could be difficult to separate. The hosts have won just four times in their last 15 assignments, while Pools have recorded just two victories in their last eight games. With reliable match-winners in short supply in every direction, bettors are advised to back a draw in the result markets.

A discernible lack of cutting edge is at the crux of Lincoln and Hartlepool’s recent woes, and with neither side looking dynamic enough in the final third to do damage this weekend, a stake on under 2.5 goals could be a wise move. The Imps have hit just five goals in their last eight matches, while Pools have failed to score at all in seven of their last 11 tests on the road. Those records indicate that fireworks are unlikely this weekend.

While their overall results have been subpar, Lincoln have at least been keeping things tight in the first half of their games in recent weeks. Indeed, ten of the last 11 goals scored in the last seven fixtures involving City were registered in the second half. There could be an opportunity to take advantage of that pattern in the markets this week with a stake on the second half to see more action than the first again.

In the previous round of the cup, Lincoln barely squeezed past Isthmian League Premier Division side Bowers & Pitsea and the Imps 1-0 triumph and sketchy performance that day was a measure of their current confidence levels. In League One, City are down in 18th and look like being embroiled in a relegation battle, and manager Michael Appleton is struggling to get anything out of an ailing set of players.

Hartlepool had started the campaign in fine fashion though the wheels have come off more recently. Pools are on a five-match losing run in League Two, triggered by a 5-0 mauling at the hands of Leyton Orient in late October. Dave Challinor stepped down as manager after that hammering, though things have gone from bad to worse under caretaker boss Antony Sweeney, with a new permanent appointment still not forthcoming. 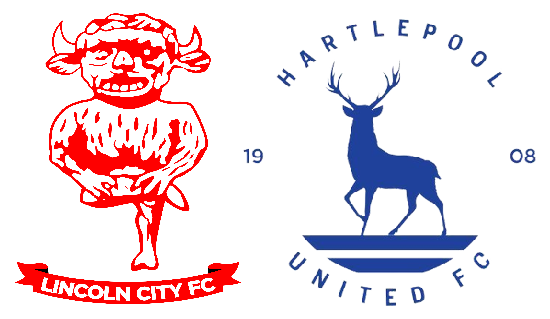 Lincoln vs Hartlepool is not on TV in the UK.

The bookmakers have made Lincoln their favourites to beat Hartlepool this weekend.