When it comes to the playoffs, the winner tends to go the team with momentum. At the moment, that's exactly what Blackpool have. Will they keep it rolling? Find out with our Lincoln vs Blackpool match preview with free tips, predictions and odds mentioned along the way.

Lincoln vs Blackpool: All your must have tips

Blackpool to go marching on

These two sides might only be separated by tiny margins in the table but their form are chalk and cheese. Lincoln have won two of their last 10 games with just two points taken in their last five. Blackpool, however, are unbeaten in 13 with four wins in the last five. Drill down the form into home and away cuts of data and you'll see a similar picture; Lincoln have lost three of five including the last two whisky their visitors boast five away wins on the spin.

Making a prediction that Blackpool win and that we expect them to concede goes against their recent form on their travels. We've mentioned their five consecutive away wins and they've not conceded in that time either, which is remarkable. All runs of that nature come to an end eventually though and Lincoln have only failed to find the net twice in their last 10 at the LNER Stadium.

For our regular readers, you'll have seen we've backed Yates to score in our last two sets of tips. He keeps on delivering the goods though so it's hard to ignore him. Blackpool are in fine form and so is he is. Six goals in four games is testament to that. In those four games, Yates, who is interesting Nottingham Forest, has had 13 shots on goal. What does that mean? Well, if Lincoln give him two chances across a 90 minute period it means he'll probably score one. For the season to date, he's 18 and counting.

This clash pits fifth against sixth but the mood within each dressing room will be vastly different. Blackpool are the form team over the last five with 13 points. Lincoln, however, have fell away at the wrong time of season and sit second bottom of the same form table. That all points to one thing come Saturday but things are rarely as simple as they look.

A few closing thoughts for Lincoln vs Blackpool 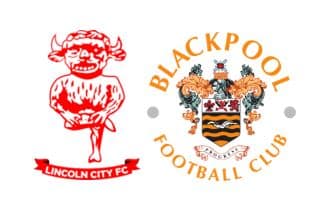