Our top predictions for Lille vs Wolfsburg

Since this is a very close duel, you could probably use some help to find the right bet. So, check our top betting tips for this game:

While Lille is the reigning champion of France, which is an incredible feat in the era of PSG, they have been weakened during the summer transfer window and they've started the new season poorly. Meanwhile, Wolfsburg is in great form with four wins and a draw in their last five matches, so our prediction for this match is for Wolfsburg to win it.

Despite the fact that we don't see a lot of goals in the French league, Lille has been playing many high-scoring games recently. In fact, four of their last five matches in all competitions have gone over 2.5 total goals. That being said, the same thing happened in just two of the last five Wolfsburg matches, but we can see this game going over 2.5 total goals despite that.

Both teams have scored in four of the previous five matches played by Lille, while the same thing happened in two of the last five Wolfsburg matches in all competitions. Since we expect to see at least three goals and we expect this to be a very close match, our last prediction is for both teams to score at least once in this game.

Top odds and useful stats for Lille vs Wolfsburg

If you are searching for the best Lille vs Wolfsburg odds, check the odds we selected from the top betting websites right here:

One decade after they become a surprising champions of France, Lille repeated the same feat and surprised everybody once again. This time, the feat was even more impressive since they snatched the title from the mighty PSG. However, Lille sold a few of their best players this summer and they started the new season poorly, with one win, two draws, and two losses. Also, Bamba, Sanches, and Weah are currently on the injury list.

The team from Lower Saxony took the fourth place last season with one point ahead of Eintracht Frankfurt to get into the Champions League, but they started the new season even better with a four-game winning streak. They are currently the only team with all four wins in the Bundesliga and they sit at the top of the standings. On the downside, Schlager, Otavio, and Bialek are injured at the moment and out of contention for the next game.

Common questions for Lille vs Wolfsburg 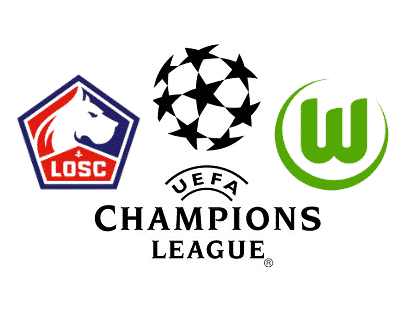