Perhaps the most interesting and closest group in this edition of the Champions League is Group G, in which Lille vs Sevilla duel will be played on Wednesday. Here's our preview of the match, along with some free betting tips.

Our top Lille vs Sevilla betting predictions and picks

If you are looking for the best Champions League predictions, we can help you out. Here are some of our favourite Lille vs Sevilla betting tips:

The home team has managed to get into form lately after the bad start of the season they had, but they still don't have a win in the Champions League after the first two rounds have passed. Meanwhile, Sevilla is doing great in La Liga where they are currently third with three points and one game fewer than the team on top, but they also have two draws in the CL group. Sevilla is clearly the better team and in better form, so our prediction is for Sevilla to win.

Four of the last five matches played by Sevilla in all competitions have gone under, while the same is true for the last two Lille matches as well. In addition to this, Lille averaged 1.5 goals per game so far in the group, while Sevilla averaged 2.00 goals per game in their group until now. So, under 2.5 total goals sounds like a reasonable bet.

Top odds and useful stats for Lille vs Sevilla

You don't have to waste a lot of time to find the best Lille vs Sevilla odds – just check them out right here:

Lille vs Sevilla preview: A very interesting and close duel

After a pretty bad start to the new season, the surprising French champions have started to get into form recently, winning three of their previous five matches in all competitions. Overall, Lille is currently eleventh in Ligue 1 with four wins, two draws, and four losses. Their champions league campaign didn't have a better start either – Lille drew with Wolfsburg at home before losing to Salzburg in Switzerland.  So, their upcoming duel with Sevilla is crucial if they want to stay in the run and Lille will be without Jardim and Botman in this match.

So far, Sevilla has been one of the more impressive stories in Spain since the team is in great form. They are third in La Liga with five wins, two draws and one loss – only three points behind Real Sociedad and with one game fewer. In the Champions League, Sevilla drew in both of their matches against Wolfsburg and Salzburg. The team's top goalscorer En-Nesyri is injured and out of the upcoming game, while Kounde is questionable.

The most common questions for Lille vs Sevilla 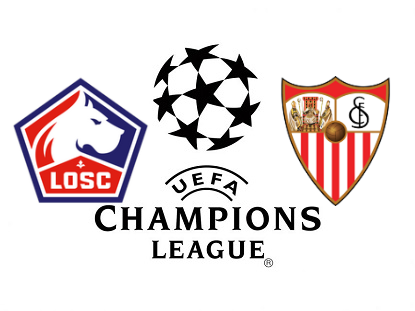