Salzburg look to confirm their place in the knockout stages of the Champions League with an away success over Lille on Tuesday night. The match will take place at the Stade Pierre-Mauroy.

Lille returned to yet another draw, as the team lost a 2-0 lead against Monaco to end up drawing the game. Monaco played with 10 men in the second half but still came out with a point. Salzburg were also involved in a draw during the weekend, as the team could only get a stalemate against Admira.

Salzburg have been going through a mediocre set of results of late. Lille have been faring worse and the team lost a two-goal lead during the weekend against Monaco. Salzburg were able to pick up a narrow win in the reverse fixture. Owing to recent dip in form, Salzburg may not at their best coming into the game but a double chance is also available at a decent price.

Top Betting Odds and Stats for Lille vs Salzburg

Lille remain with a shout to qualify for the knockout stages, but the club’s recent form has not been so great. Manager Jocelyn Gourvennec is also missing some key players in the squad. Jonathan Ikone and Benjamin Andre will be the key absentees due to suspension, while Renato Sanchez, Jonathan Bamba, and Sven Botman will miss out due to injuries.

Salzburg are a very young team who have been able to make a strong impression in the Champions League matches so far. However, recent form of Salzburg has not been so great and such young teams may take a while to rediscover their best form. Kamil Piatkowski, Zlatko Junuzovic, Sekou Koita, and Albert Vallci are unavailable due to injuries.

Questions about Lille vs Salzburg 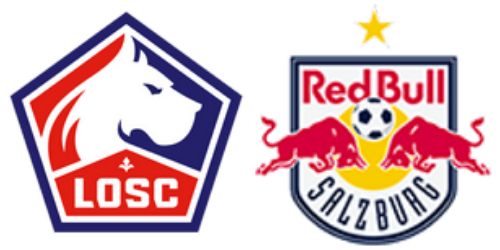 Where is the match scheduled? Stade Pierre-Mauroy

Which team is the favourite to win? Lille