Arsène Wenger has signed a new two-year deal at Arsenal and now the hard work at the Emirates begins.

The Frenchman needs to find a way to bridge the gap and fire the Gunners back up the table, giving them the best chance of finishing in the UEFA Champions League positions.

Ever since his first day in the job, Wenger has always had an eye on talent coming out of France. Some, like Emmanuel Petit, Patrick Vieira and Laurent Koscielny, have worked out, but fans will look to Yaya Sanogo, Gervinho and Francis Coquelin as the flip side to the argument.

Here are five players from Ligue 1 that the North London club should be targeting, if they want to make an instant return to the Champions League. 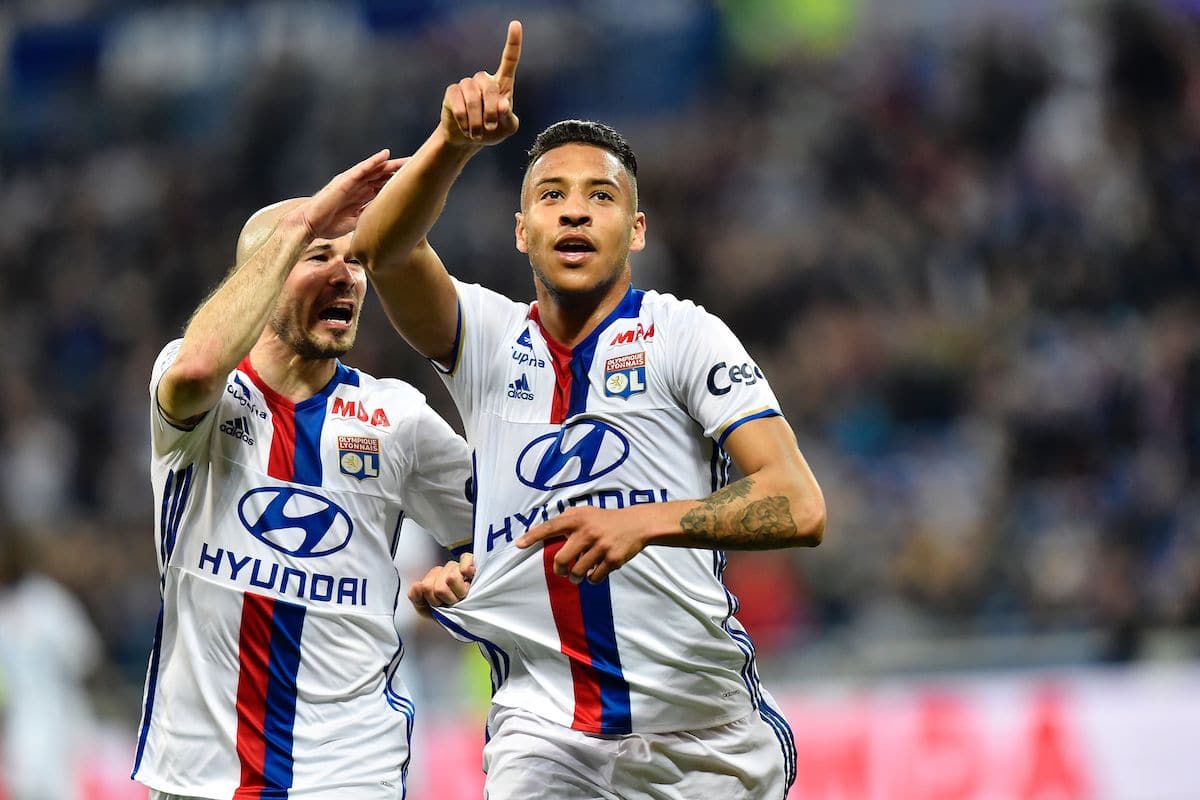 Chelsea may have reached out for more information regarding the Corentin Tolisso, but he should certainly still be on Arsenal’s radar.

“Many clubs make me dream like Real Madrid, FC Barcelona and England with teams like Arsenal,” the 22-year-old midfielder told France Football back in October. “I like the Premier League and I think I am well suited to it. It is the league that offers the most competition, it is the most open, the most hard-fought and the most spectacular.” 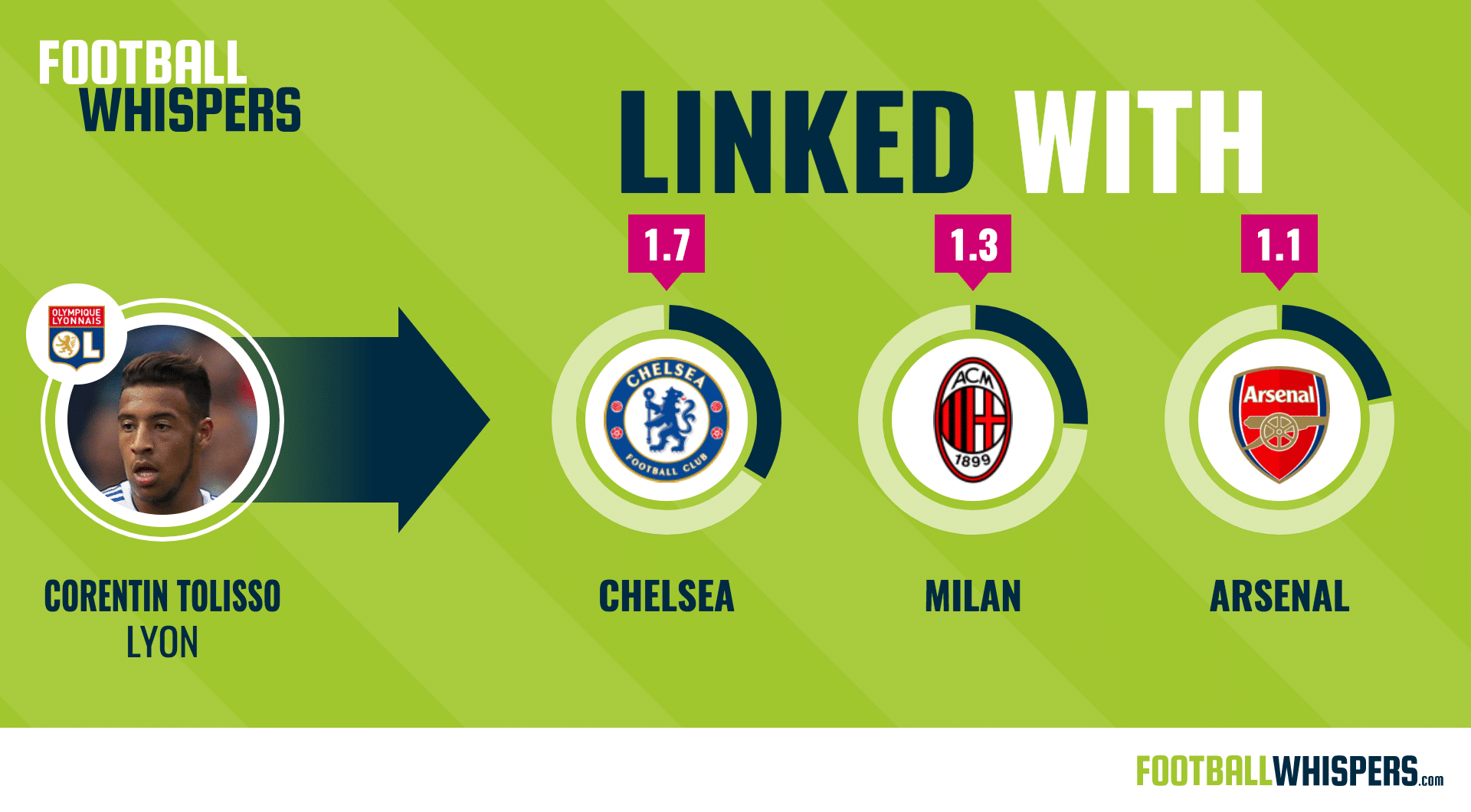 Sometimes Wenger’s side miss a spark in the middle of the pitch, someone to offer a box-to-box threat and a player that can handle both the attacking and defensive side of the game.

An excellent passer of the ball, Tolisso moves with precision and grace. His short, sharp, incisive passes cut through defences, he can time runs into the penalty area and has goals in his locker.

Adding someone who can play at both ends will bring some unpredictability to the Gunners next season. Plus, beating Chelsea to his signature would show that they definitely mean business. 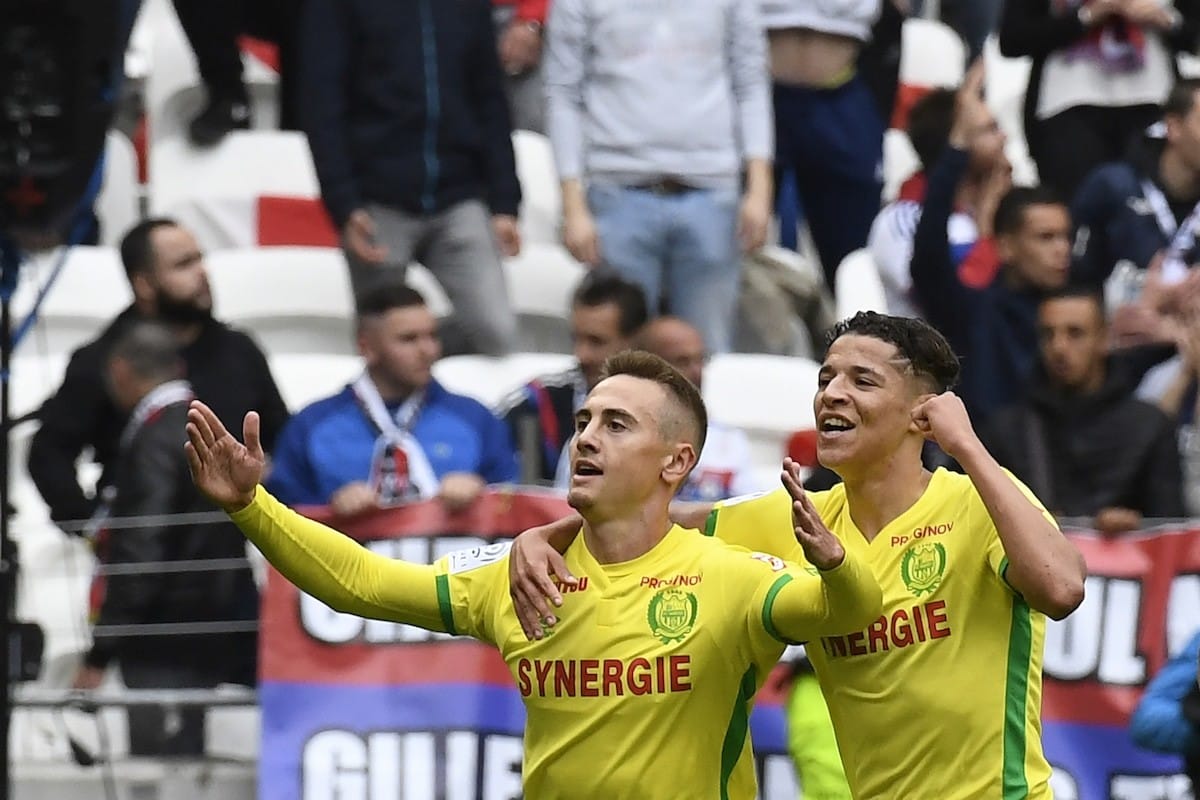 Sergio Conceicao has been a huge success since arriving at Nantes, but on the pitch, Valentin Rongier is his commander, his midfield general.

The Portuguese boss is on his way to Porto this summer and Les Canaris will be hoping the 22-year-old doesn’t follow suit. Playing in Conceicao’s 4-4-2, no one who has played over 10 games in Ligue 1 wins more tackles per 90 minutes than the Frenchman. His defensive skills helped the once famous club climb up to seventh place this season.

Rongier has bounced back from a cruciate ligament injury last year and if Wenger is looking for a new project and a long-term option in the middle of the park, someone available fairly cheap, the ginger-haired youngster could be a superb pick-up.

Always playing with his head up, he can pick balls over the top when the attackers make smart runs, but he can also slip balls in behind, demonstrating great vision from distance.

He is contracted until 2020 and could be available for around €15million, It may be too soon for a move and unlike former Nantes youngster Jordan Veretout, he will need to make sure he picks the right team. The right boss could be key to his future. 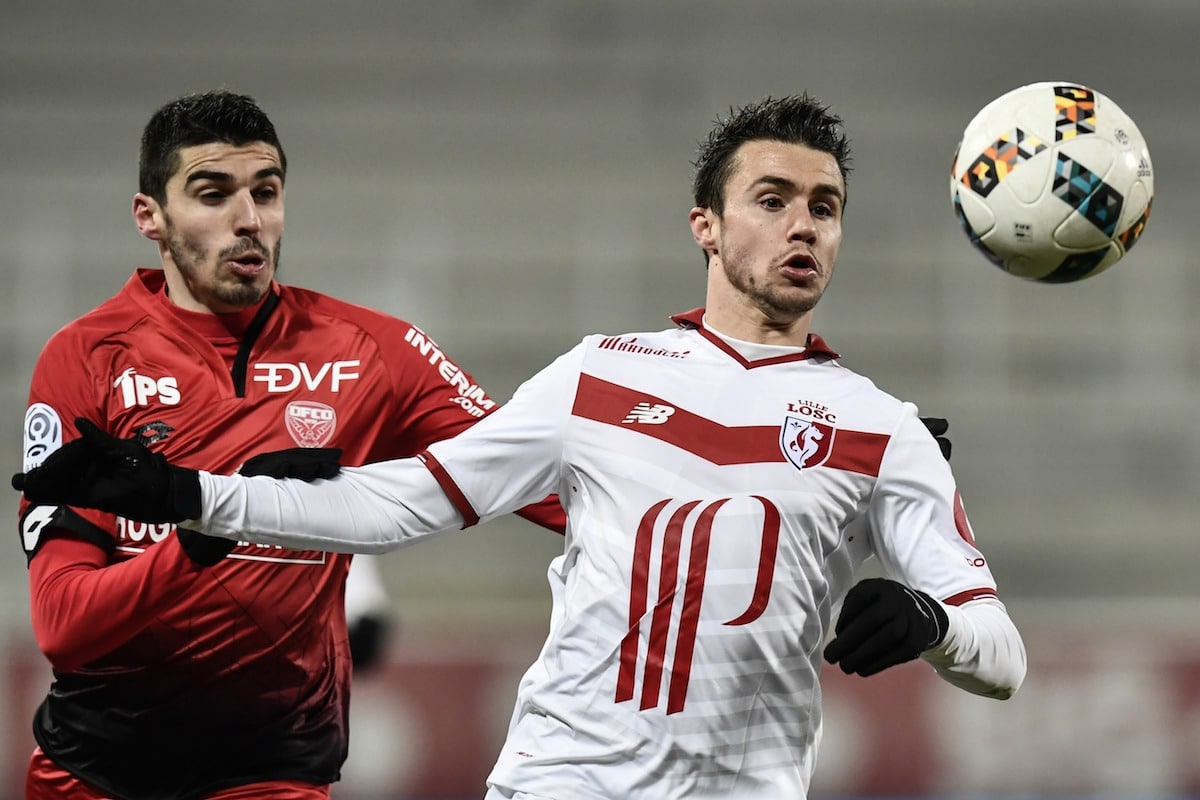 Former France Under-21 captain, Sébastien Corchia has now played over 200 first-team games at right-back. With Hector Bellerin a target for Barcelona and Manchester City, Arsenal could need a replacement this summer.

If Wenger wants a player that is a defensive first full-back, but has the ability and desire to push forward, the Lille player should be at the top of his list.

“I can't mention any names of course, that is confidential, and my agent knows more than I do. But yes, I have heard of interest from the Premier League,” said the 26-year-old when asked about the Arsenal interest by Omnisport.

“Generally it is always flattering to feel the interest of other big clubs – and proof, that people have seen and appreciated my performances and development.”

Corchia is very good at getting up and down the flanks, and has a very good right-foot, often delivering early crosses into the penalty area. Great at intercepting danger, he doesn’t give away cheap fouls, but is strong, combative and a leader at the back. The perfect type of player for Wenger’s assault on next season. 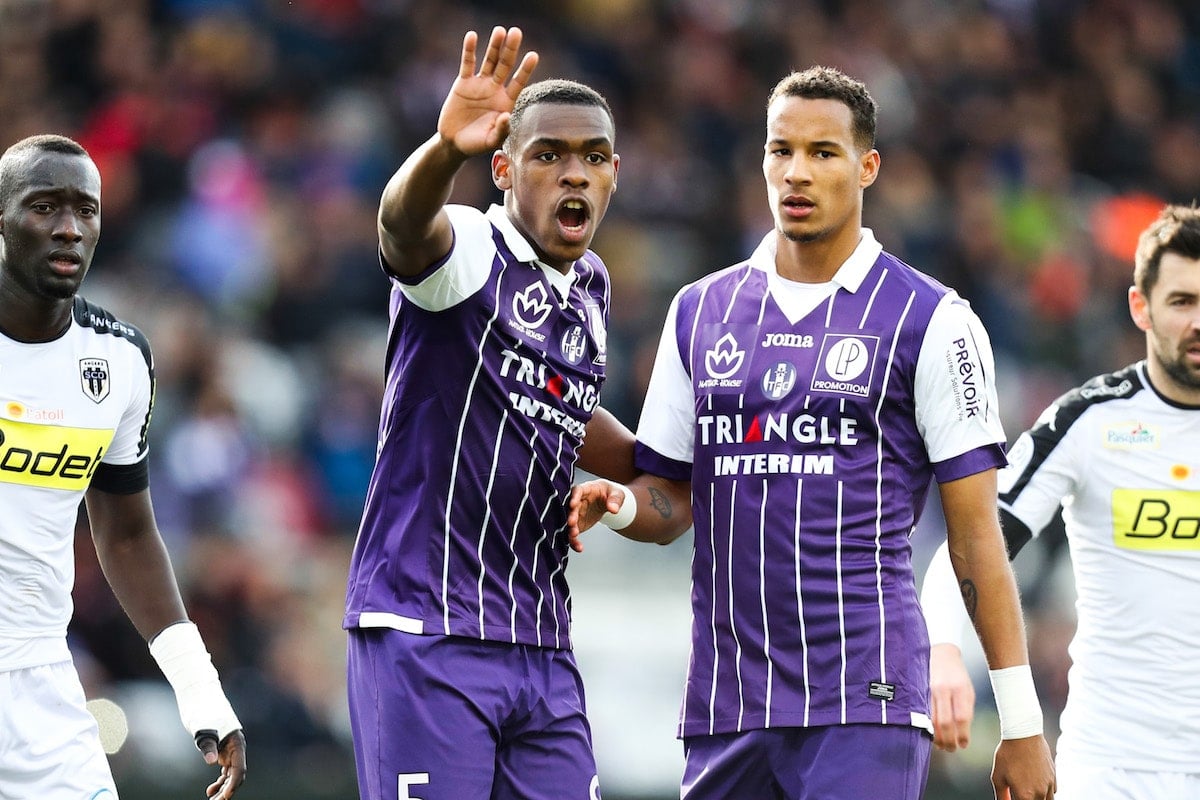 Following in the footsteps of Koscielny, Issa Diop, could be the next great centre-back to come out of Ligue 1 and become a top class talent in the Premier League.

In this, his first full season in Ligue 1, the 20-year-old has already become a leader at Toulouse and developed a superb partnership with Christopher Jullien. Standing 6 foot 4 inches tall, he’s commanding in the air, quick along the ground and has an excellent right-foot.

France Football linked the France under-20 international with Arsenal earlier in the season, and rumours are that Le Téfécé are happy to sell at the right price. Offers around the €20million mark could be enough to do business.

“It’s a real joy for me to be coaching a youngster like him,” Toulouse coach Pascal Dupraz told French TV. “He’s an incredible footballer, I’ll stick my neck out and say that he will go far because he’s a good lad who has his feet on the ground.”

Diop ticks every box that Wenger would look for in any professional and potential signing. He may not be an instant starter, but like Rob Holding, there is room for huge improvement. The young defender would be the ideal fit at the Emirates.

With every game that passes and each impressive performance, both domestically and internationally, it becomes harder and harder for Toulouse to hang on to their talented prodigy. 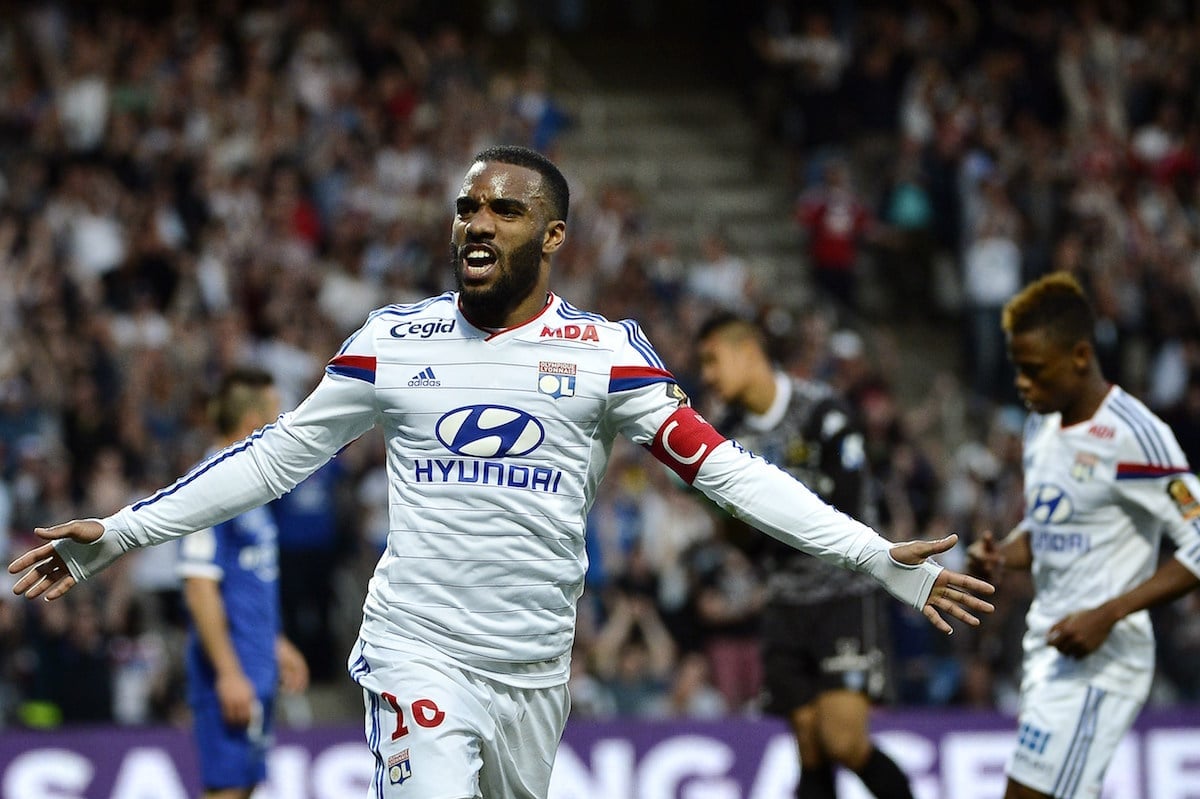 Just when you thought it was all done that Alexandre Lacazette was going to sign for Atletico Madrid, the Frenchman is back on the market.

The decision to uphold the Madrid club’s transfer ban has thrown a spanner in the works. Manchester United have declared they don’t want Antoine Griezmann anymore, keeping him in Spain and it will stop the Lyon forward joining him. 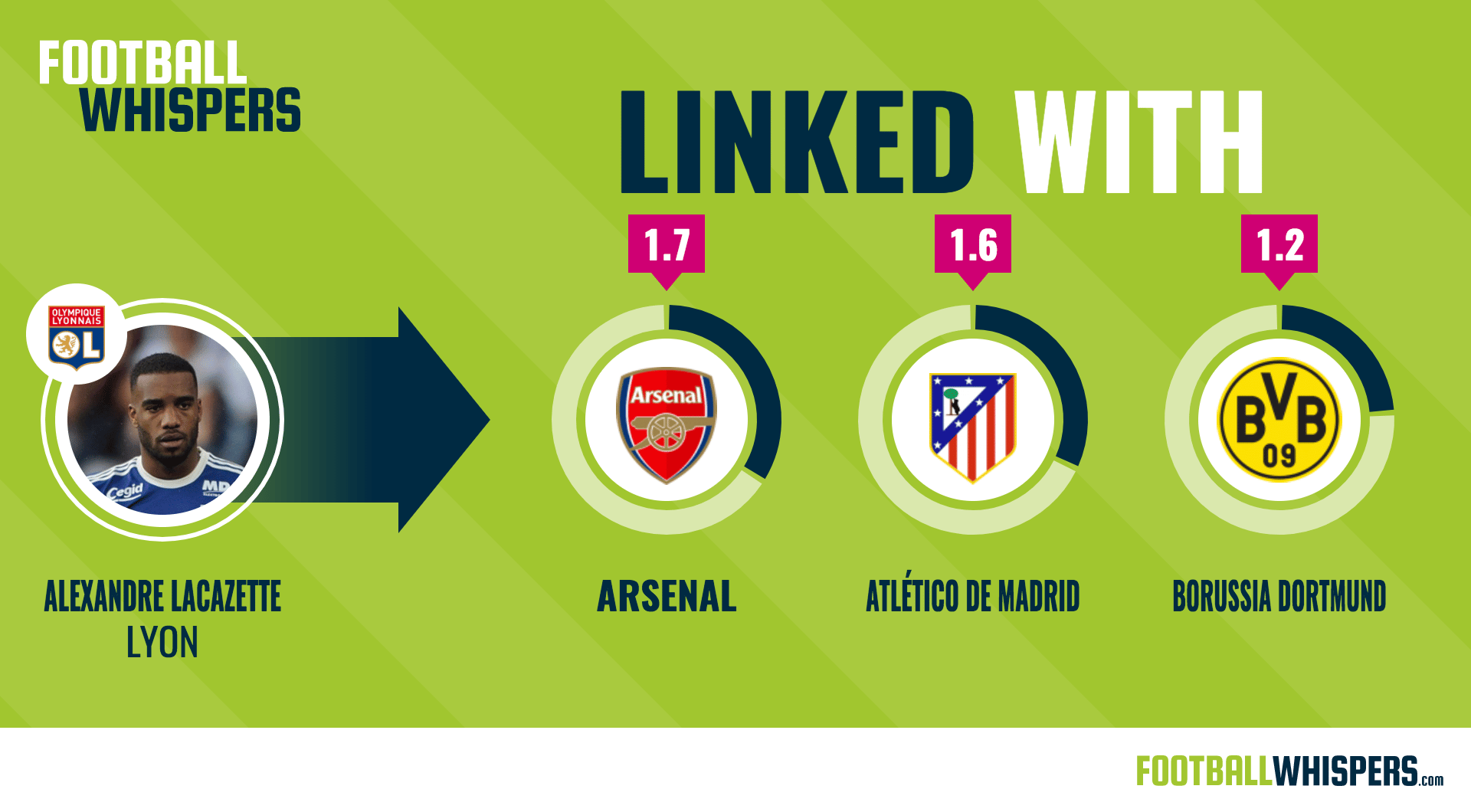 Lacazette could stay at OL until January, but in a World Cup year, he’s unlikely going to jump ship mid-way through a campaign.

It could open up a new bidding war from interested parties. If he is happy to play Europa League football with Lyon, why not do it in the Premier League with Arsenal.

The 25-year-old does not have his place in France side guaranteed, scoring goals in England would do a lot for his standing in Didier Deschamps’ mind.

Lacazette can play through the middle as the No.9, but has that Alexis Sánchez type quality where he can drift, link with others and pop up from nowhere to score vital goals.

If Wenger can convince Lacazette that there is a future at Arsenal, he is exactly the sort of player who could take them to the next level and secure Champions League football once again.