There is no doubting who suffered the biggest embarrassment of the recent round of international fixtures; Liechtenstein were battered by 9-0 by Germany. Can they bounce back with something resembling a decent performance here? Find out with our Liechtenstein vs Romania match preview with free tips, predictions and odds mentioned along the way.

Liechtenstein vs Romania: Our top tips

*Odds from Bet365 are subject to change.

The score won't be as big as you think

When you look at things without context you'd go to the bank, remortgage and bang every penny you have on Romania to win this game. We agree that they will but the score line could be a damn sight closer than most think. Yes, Liechtenstein shipped nine goals on Wednesday but it was a strange game. Firstly, Germany are a frighteningly good team and far better than Romania but, more importantly, they were facing 10 men for 83 minutes after an early red card. For context, when Germany were the away side – as Romania will be here – they only beat Liechtenstein 2-0. That's the same score Romania managed when they hosted Liechtenstein. Given Romania have only managed to draw with Iceland and North Macedonia recently whilst beating Armenia by one goal we think they might only sneak victory here.

We've just spoken about the fact that Liechtenstein shipped nine goals in the week and now we're backing under 2.5 goals. Have we lost the plot? No, we don't think so. The nightmare of Wednesday will make the hosts especially keen to avoid a repeat of that here and Romania aren't exactly goal machines; six of their last seven games have come in under the 2.5 total goals mark. One of those games that fell short of the 2.5 mark was their home game against Liechtenstein.

Our final prediction is for Ianis Hagi to score at some point in the match. The Rangers man is a regular starter for his national team, Romania, and whilst his numbers aren't huge he carries a serious threat in the final third. Given we're expecting a tightly organised home defence it might take something special to breach them; Hagi is capable of doing that and will be confident after scoring in the last international break.

Find the best odds for Liechtenstein vs Romania

Liechtenstein were never going to stand a chance of making it to Qatar 2022 but they could have a big say in who does with Romania very much in the running to join Germany in the top two for a shot at a place in the Finals. It's not in their hands but North Macedonia are not bankers to beat Iceland and that means a win here for Romania is imperative. Ianis Hagi, our goal scorer tip, is one player they'll look to but he's far from the only man with talent. Dennis Man and Razvan Marin are also capable of having a big impact on the game.

FAQ on Liechtenstein vs Romania 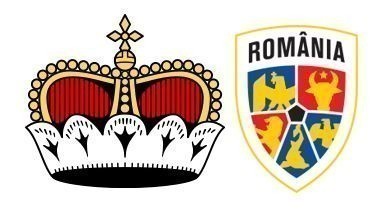