Libya and Egypt have emerged as the favourites to top Group F in CAF World Cup qualifiers. We preview this fixture in detail to provide our readers with the best free match predictions.

Our Best Free Match Predictions for Libya vs Egypt

Egypt is top of Group F with seven points, only a point ahead of second-placed Libya in the CAF World Cup qualifying matches. We have analyzed recent stats for both teams and here are the best three predictions:

Like the first leg played four days before this match, we are tipping another draw at the break between Libya and Egypt. Egypt earned a hard-fought 1-0 victory and we think they will have to fight even harder for a better result in this fixture. Libya is only a point below first-placed Egypt and should bank on home advantage to dislodge the visitors from the top of the top. A tough duel should end with no breakthrough at half-time.

Our second prediction for this fixture is on goals. There have been two meetings between Libya and Egypt, matches that Egypt won in a similar fashion of 1-0. All the two previous encounters were at home to Egypt. The first trip to Tripoli, Libya should pose a huge challenge to the visitors. With that, we think goals will be hard to come by in this game.

Our third pick for Libya vs Egypt is fewer than three goals. Both teams have scored three goals in three matches in the CAF World Cup qualifiers. Moreover, the hosts have conceded two goals while Egypt has leaked one so far. These stats point toward another low-scoring match in this fixture.

Find the latest stats, team H2H and the best match odds from top UK bookies in the tables below.

Match Preview: Libya Fighting to Displace Egypt to the Top

Libya and Egypt are fighting for the top spot in Group F of CAF World Cup qualifiers. The hosts have lost to Egypt in a similar fashion of 1-0 in previous two encounters. This will be Libya’s first home fixture against Egypt. The hosts have six points after three matches. Both teams average 1 goal in the World Cup qualifiers, having scored three goals in three games. Egypt has leaked one goal while Libya has conceded two. These stats point to a tight race between these teams and this fixture will only heighten the rivalry among these two North African teams. 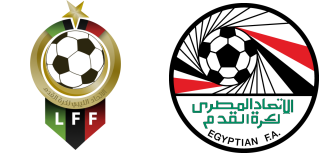 Who is Libya’s head coach?

Javier Clemente is the head coach of Libya. The Spanish tactician averages 1.5 points after two official games of 1W and 1L.

Who is Egypt’s head coach?

Portuguese tactician Carlo Queiroz is the head coach for Egypt. He averages 3 points in two games of 2W.