In this article, we will present the top free betting tips and odds for the Libya vs Angola qualifier. If you are interested in seeing more Africa World Cup Qualifier odds, you can check out our website.

Check out our thoughts on the upcoming Libya vs Angola fixture on Tuesday.

All odds are from Netbet and are subject to change. They were correct at the time of writing, but we can't guarantee after that, so check your bet slip before betting.

Libya is the obvious choice here because they already won one match against Angola once this year in September, and they weren't even the host then. On Tuesday, Libya will host the fixture, which means they will be even more comfortable playing. Angola is also last in the Group F rankings, for now with only four points, while Libya is two points ahead of them and only one point away from second place in the table.

Top Match Statistics & Data for Libya vs Angola on Tuesday

In the tables below, you can check out the latest scores and statistics for the Libya vs Angola match.

Libya and Angola are the last two teams in their respective table and we don't think there is a way they can get close to Egypt's points. We are betting that Libya will be the final winner in this match-up because they already won one match against Angola this year and they have more points than their current opponents. We don't know of any injured or suspended players on either of the national teams, so both of them will be playing at full strength. There also will be a low-scoring outcome most likely because many of the matches in the group ended with under 2.5 total goals scored. 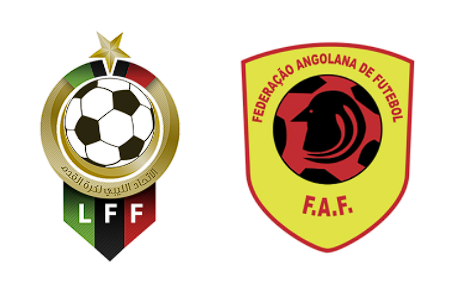