After conceding three defeats in a row, Liberia will struggle for their next engagement of World Cup Qualifiers against Nigeria. The visitors of this match enter the game on the back of a win.

Here are our predictions for Liberia vs Nigeria.

Liberia has got a dispiriting streak of three consecutive defeats before this match and has claimed only one victory in the last six games. On the other hand, Nigeria has won four of the last five attempts and are determined for the World Cup in Qatar by securing the first position of their group. Back at H2Hs, Nigeria have got a clear cut against the Lone Star, winning four of the last five duels and drawing the remaining one. With all said, we are clearly in the position to pick the visiting side as our favourites for the win of this match.

Three of the last five head-to-head matches have gone under 2.5 goals and we expect the same pattern in their coming duel. Liberia’s attacking line has been lagging recently and has scored only two goals in the last five outings. Nigeria also has only six in the last five matches. So it would be difficult for the teams to share a high-scoring total in this match.

Nigeria didn’t score in two of the last five matches but they have scored four in the last two consecutive away games and are likely to be able to score against their next rivals. But on the other end, Liberia didn’t score in three of the last five matches and didn’t score more than once in a single match. In addition to this, Super Eagles have restricted Liberia to remain without scoring three times in the previous five H2Hs. So we would expect this match to end without a BTTS outcome.

Liberia vs Nigeria: Check out the best odds and the latest stats

The Lone Star has almost failed on its way to finding a place in the World Cup 2022. The team made a comeback against Central Africa after their first defeat but got two consecutive defeats after that in the group stage of WC Qualifiers. Liberia has four defeats and only one win in the last five games and finds themselves at the bottom of their group.

The Super Eagles had an excellent start to the WC Qualifiers with two consecutive wins. They have won three of the four group stage engagements and lost one against Central Africa and now stand on the first of Group C. Nigeria has an impressive record at the away games recently, remaining unbeaten from the last seven games outside their home.

Questions About Liberia vs Nigeria 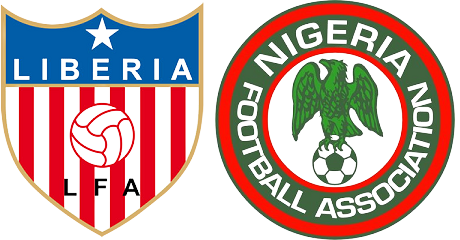