After suffering a 2-0 defeat in their most recent international fixture, Liberia will be looking to return to their winning streak at Accra Sports Stadium against Cape Verde Islands. The hosts have an advantage over their rivals, winning their last engagement with a 1-0 scoreline.

Here are our predictions for Liberia vs Cape Verde Islands.

While struggling on the road, Liberia has impressed in their own backyard and are unbeaten in their last seven home games. The Lone Stars lost the opening game of World Cup Qualifiers but managed to add confidence with a win over Central Africa. On the other end, Cape Verde has failed to grab the lead in both fixtures of WC Qualifiers. They are winless from their last three matches. So it is very likely that the host will extend their winning streak of home games in this game.

The Lone Stars are finding trouble in hitting the back of the net, returning just three goals in the last five matches. Cape Verde also failed to produce a huge number by scoring five goals in the same period. Moreover, the last encounter between the teams witnessed only one goal. Hence, we should expect a low-scoring duel when these teams meet on Thursday.

The defence of Liberia doesn’t let their rivals come up to score easily in the home stadium and has been claiming clean sheets since the last three games at Accra Sports Stadium. Liberia has two clean sheets in the previous five games while Cape Verde are conceding goals from the last four matches. So we believe that only the hosting side will be able to score in this game and take the lead as 1-0.

Liberia vs Cape Verde Islands: Check out the best odds and the latest stats

Match Preview of Liberia vs Cape Verde Islands: Away woes for the Islanders

Liberia has managed to get second place on their WC Qualifiers table but are facing a crisis in their recent matches with three defeats in the last five games. They lost to Egypt in their last match but the upcoming fixture seems helpful for them to make things right.

Cape Verde are yet to win the game in the WC Qualifiers group stage. In their last match, the blue Sharks kept Nigeria to 1-1 in the first half but gave the lead to the opponent by offering an own goal in the second half. The team has just two wins in the last five games. 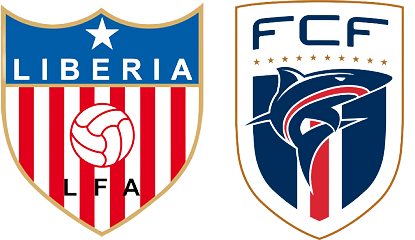 Where is the game being televised? Sport TV (Por).

Where is the game being played? Accra Sports Stadium (Accra).