“My mother always talked a lot and she told Arsenal's chief scout that I'd be OK as long as I was given lots of chips, so the chief scout said: ‘We'll call him Chippy'. In that one second, I was given a nickname which lasted throughout my eight years at Arsenal. Strange. I was never called that in Ireland, or anywhere else.”

Revered in more than one nation, Liam Brady is probably best known for his stint with Arsenal which led to extended periods abroad in Italy. He had none of the typical struggles you might associate with a player who learned his trade in England, spending the better part of a decade away on the continent.

He signed on in North London at the age of 15, graduating to the first team upon signing his first professional contract at 17-years-old. He quickly became an integral part of the team under the tutelage of Alan Ball, quickly becoming one of the top players in the side.

His career took off when he became the Gunners' first-choice attacking midfielder. Starting attacks was a major part of his game, with perfect control and a brilliant passing range complementing one of the best left feet in the business.

Here is a prime example of what he could do with that notorious left peg!

As well as challenging for the title, Arsenal also took part in the Cup Winners’ Cup, where they faced off against Juventus – a match that first brought the player to the attention of the Italian giants. Brady was soon saying arrivederci to England in a £500,000 switch in 1980.

Despite the length of his stint with the Gunners, he only managed to win one FA Cup during his spell in North London. Arsenal reached the final three times in a row between 1978 and 1980 but were only able to pick up the trophy in 1979 – that memorable 3-2 Wembley win over Manchester United is still referred to as the ‘five-minute final' to this day.

A move away made sense, especially considering he was wanted by one of the best teams of the era, Juve. Turin was the destination, and a Juventus side that would go on to clinch back-to-back league titles in the proceeding seasons.

Brady became the regista for the team but was forced to move after Club President Giampiero Boniperti decided to sign a couple of players and so exceeded their allowed quota of foreign stars.

Despite knowing he was soon to be offloaded, Brady scored the penalty that clinched the Old Lady their second title in the final game of the 1981/82 season.

His professionalism had shone through – and the financial rewards more than made his time in Turin worthwhile; he earned five times more than he had in England (with additional perks, like housing, thrown in). 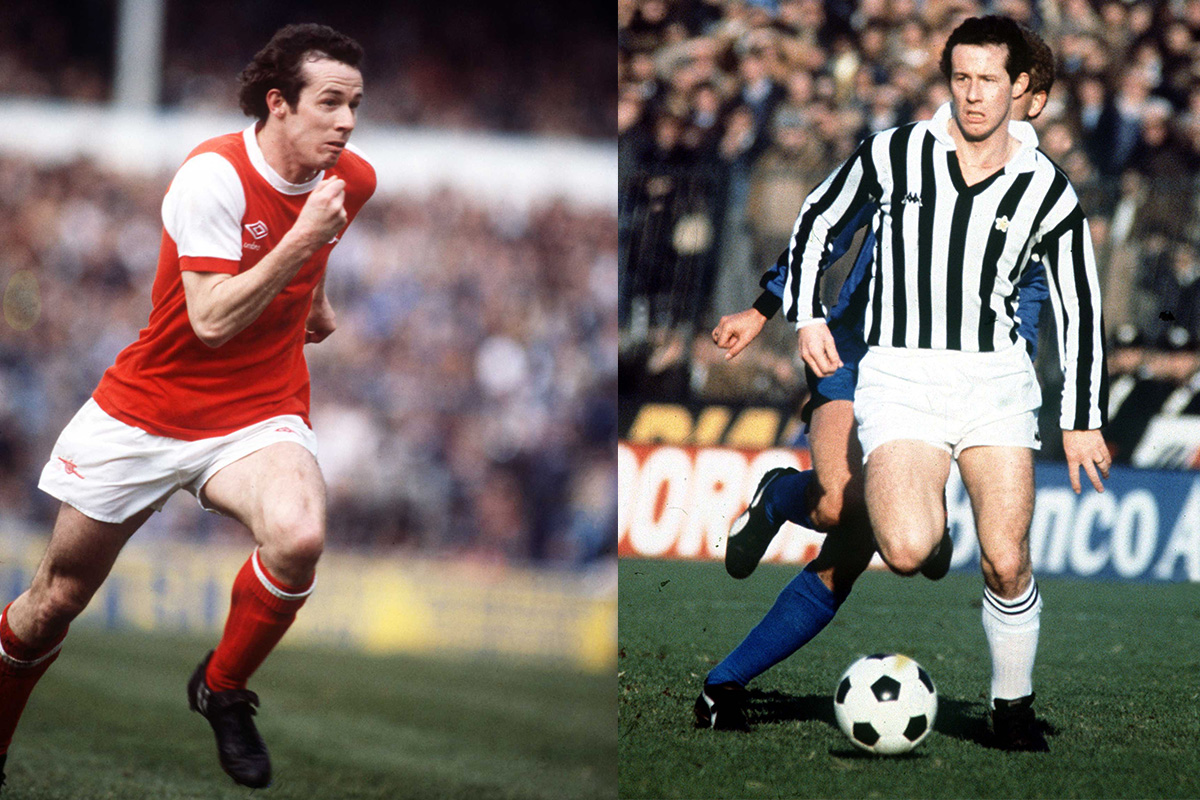 It’s said that his team-mates never really appreciated his efforts until he was gone, and Brady was to line up against his formers colleagues spending the next five years of his career at Sampdoria, Inter and then Ascoli.

Those clubs all had different aspirations and expectations, but he never let his team-mates down even when the going got tough towards the end of his stay on the Continent. The political climate in Italy made for a whirlwind experience, though he remained popular at each of the teams he turned out for.

Ascoli proved to be the end of his time at Italy; a dispute about unpaid wages (which rumbled on for the better part of a year) was the final straw before London came calling again – the Irishman returning to the capital for a stint at West Ham in 1987.

He ended his career at Upton Park in 1990, scoring a goal in his last game for the Hammers after being ever present during his four seasons at the club.

After came a move into management with Celtic in 1991. He left for Brighton & Hove Albion just two years later, and ended his time as a boss in 1995. He failed to win a trophy at either club.

Despite the move abroad, he still maintains strong links with the club where he made his name over 40 years ago. He returned to Arsenal as youth team coach in 1996, staying on as a valuable member of staff until he was replaced by Dutchman Andries Jonker in 2014.

Brady first represented the Republic of Ireland in 1974, going on to win 72 caps for the national side. He never managed to feature at a major tournament, but there is no sense that he missed the chance to showcase his skills to the world.

Most players struggle to achieve legendary status at one club, but Chippy was able to do it at two. He is rightfully revered as one of the best players to don the Arsenal shirt in his era, and is loved by supporters in both Italy and England. 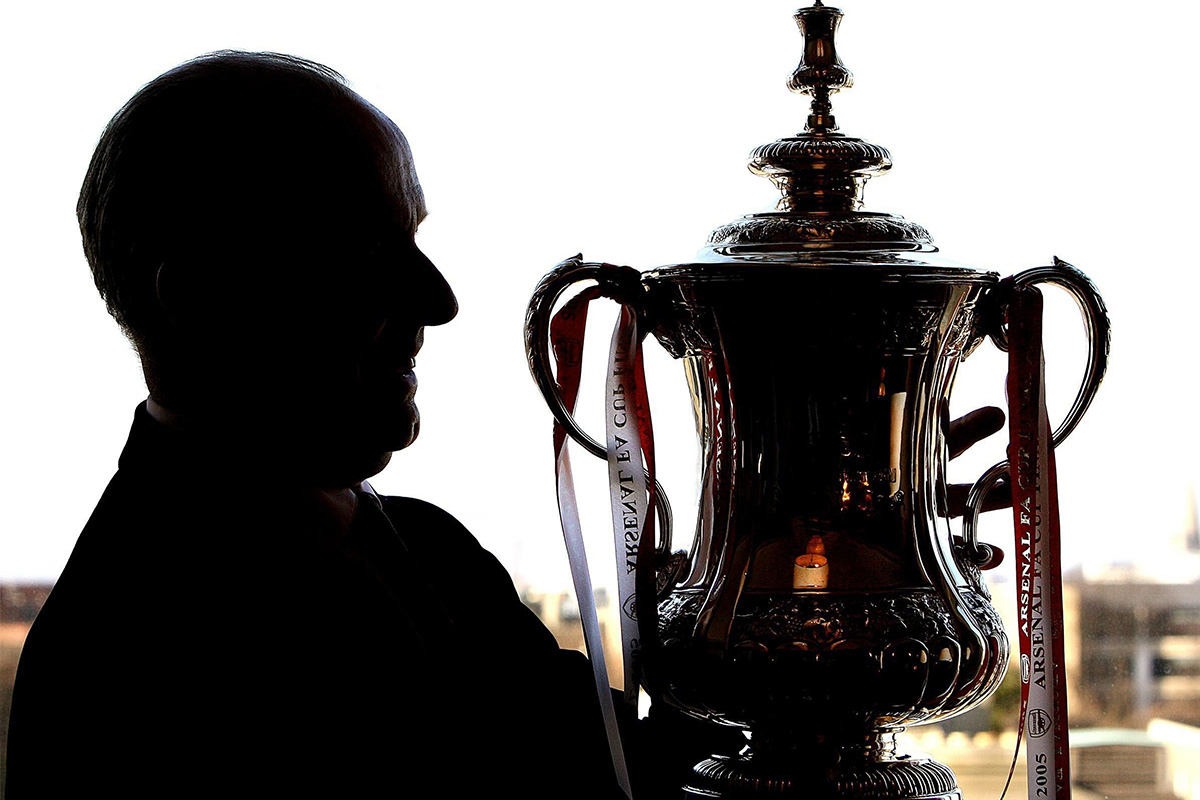 He already had international acclaim thanks to his exploits across Europe, and he was the assistant manager for his country for a couple of years between 2008 and 2010 under Italian Giovanni Trapattoni.

With a long and storied career, it is a shame that his Arsenal team were not able to take the majority of chances they forged for themselves over the course of his playing time at the Gunners. Even so, he is one of the best players of his decade, breaking the mould with his ability to learn and adapt to the best league of the time – it's worth noting that Robbie Keane aside (LA Galaxy), the entire Republic of Ireland squad at Euro 2016 play their club football in England.

It could be a while before another player makes a successful foray away from the UK, but it is always going to be tough to match a player who regularly tops the list as one of the greatest to ever don the emerald shirt.

As a model professional, Brady proved his worth time and again, and ended up being recognised for his true worth in the long run. The current crop at Arsenal might be seen as superstars in their own right, but it is hard to forget Chippy, the man who never let his team down with his wand of a left foot.