Leyton Orient and Tranmere go toe-to-toe for a place in the next round of the FA Cup. Rovers travel to take on Orient in an all-League Two round two cup clash. Read our expert predictions and find the latest odds for the game below in our match preview.

Leyton Orient have won four home matches on the spin ahead of their FA Cup round two tussle with Tranmere on Saturday. Find our top three predictions for the fixture below.

While their overall results have been hit and miss, Leyton Orient have been reliable and formidable in equal measure at The Breyer Group Stadium. There the O’s have won four games on the bounce, scoring an impressive 11 times along the way. Their performances on their own patch should give them the edge over fellow League Two combatants Tranmere on Saturday and we’re backing Orient to book their place in the next round of the FA Cup at Rovers’ expense.

Although we’ve tipped Tranmere to exit the cup this weekend, a consolation effort should be within reach against Leyton Orient for the Merseysiders. Micky Mellon’s charges have notched at least once in six of their last seven games on the road and their knack for impacting the scoresheet on their travels should give their supporters something to cheer in London. With that considered, we recommend backing both teams to score on Saturday.

Harry Smith hasn’t quite been his prolific self in recent weeks, though Orient’s leading marksman did find the net twice in his club’s last game at the Breyer Group Stadium against Sutton (4-1). The brace is certain to have resharpened Smith’s confidence and we’re backing the 26-year-old to make a similar impact against Tranmere in the FA Cup this weekend.

Leyton Orient vs Tranmere preview: Orient have the upper hand

Leyton Orient have lost just twice in their last 19 fixtures in all competitions, though their drawing habit means that their progress hasn’t been as vertical as they would have liked. Kenny Jackett’s side shared the spoils on eight separate occasions during their run, though they did emerge victorious from 70% of their last ten assignments on home soil. It’s the O’s strength on their own patch that makes them our favourites to win this weekend.

Tranmere’s defensive record at the start of the 2021/22 campaign was incredible, though their attempts to play a little more expansively of late has come at a cost in their own third. Rovers have kept just one clean sheet in their last nine matches – a run that was almost unthinkable in the season’s early exchanges. With holes appearing at the back, results have been more difficult to secure and Tranmere have won just four of their last nine contests. 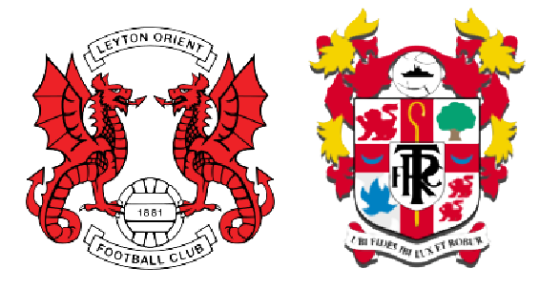 Saturday’s game will be played at the Breyer Group Stadium in London.

Leyton Orient at the bookmakers’ favourites to prevail against Tranmere in the second round of the FA Cup.