Lewis Morgan is close to finalising his move to Celtic with reports in the Daily Mail claiming the Bhoys submitted the paperwork for the St Mirren playmaker on Wednesday afternoon.

Celtic are to part with £300,000 to secure the signing of the 21-year-old and he's to be loaned back to the St Mirren as part of the deal. It's a coup for the Champions leaders. Morgan's been in inspired form this term and netted his 13th goals of the season last weekend.

He was out of contract in the summer so for the club to get money and the player for the remainder of the season is good business all around.

Burton Albion had a £200,000 bid for Morgan knocked back by the Buddies over the summer. St Mirren, however, held firm and have been vindicated in their decision to do so. Morgan has 13 strikes already this campaign, and they've pocketed another £100,000.

His form resulted in him making his debut for Scotland Under-21s and interest in him has intensified.

Both Celtic and Rangers sent scouts earlier on in the season to cast an eye over the highly rated 21-year-old, while Cardiff City are reportedly keeping tabs on the Swansea transfer target.

With Morgan's form garnering so much attention, we've taken a look at what makes him so special and why the hype surrounding him is deserved.

The winger isn't your stereotypical Scottish attacker. Yes, he has a lot of heart, which he showed when he left the Rangers academy to join St Mirren in 2014; and, yes, there's plenty of graft to his game. But it's the guile in his play which makes him stand out. There's a swagger to his game which isn't often seen on British shores.

He has the ability to square a man up and beat him one of two ways. Firstly, he can just blitz past him using the explosive acceleration he has. Or he can get more creative and simply bamboozle the opposition with his quick feet.

It's encouraging to see him not relying purely on his pace because one bad injury and the speed he has could. So long as he has the ability to create space, though, he'll always be an asset to any team he's playing in. 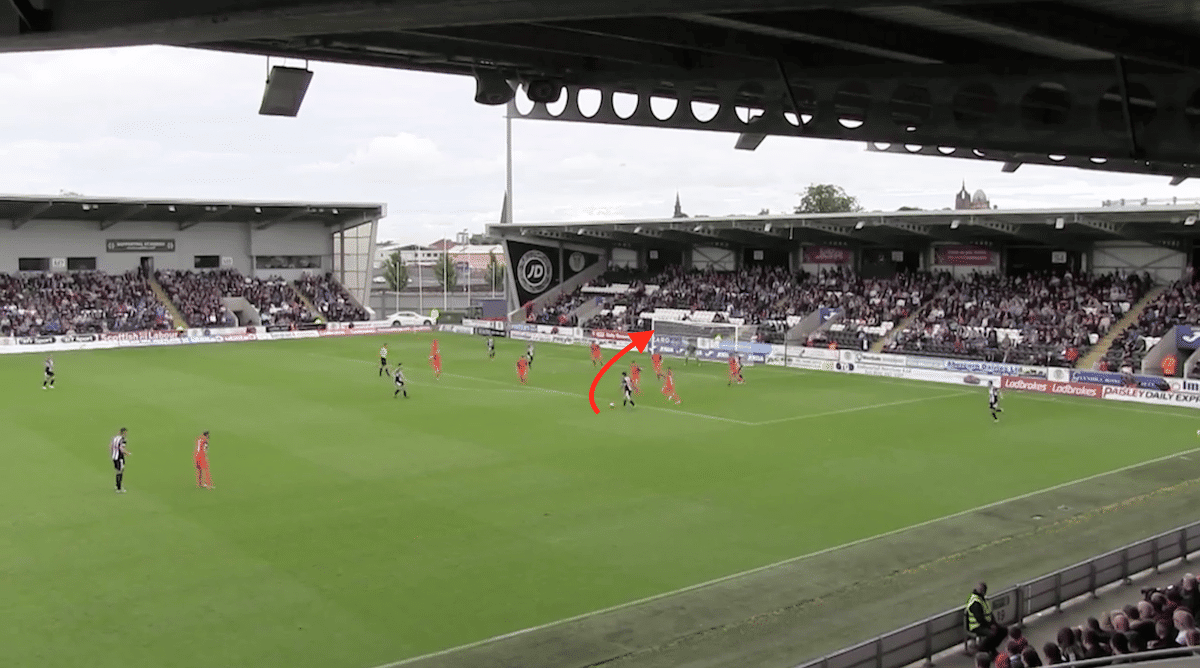 Furthermore, he's able to do it on either flank. Though naturally right-footed, he's shown on a number of occasions that his left foot isn't just for standing on. He curled home a superb left-footed effort from the edge of the box which you can see in the image above.

When looking at a player in form you want to know how sustainable this run is.

Are they scoring 30-yard strikes every other week? And, if so, is this really something a player can do consistently over a period of time? Are they waltzing past three/four/five players Lionel Messi-style before lofting the ball over the keeper?

Is it something he'd be able to repeat against superior opposition? After all, it's a big step up from St Mirren to a club competing in Europe. For the most part, Morgan's goals appear to be transferable. This makes him one to watch. 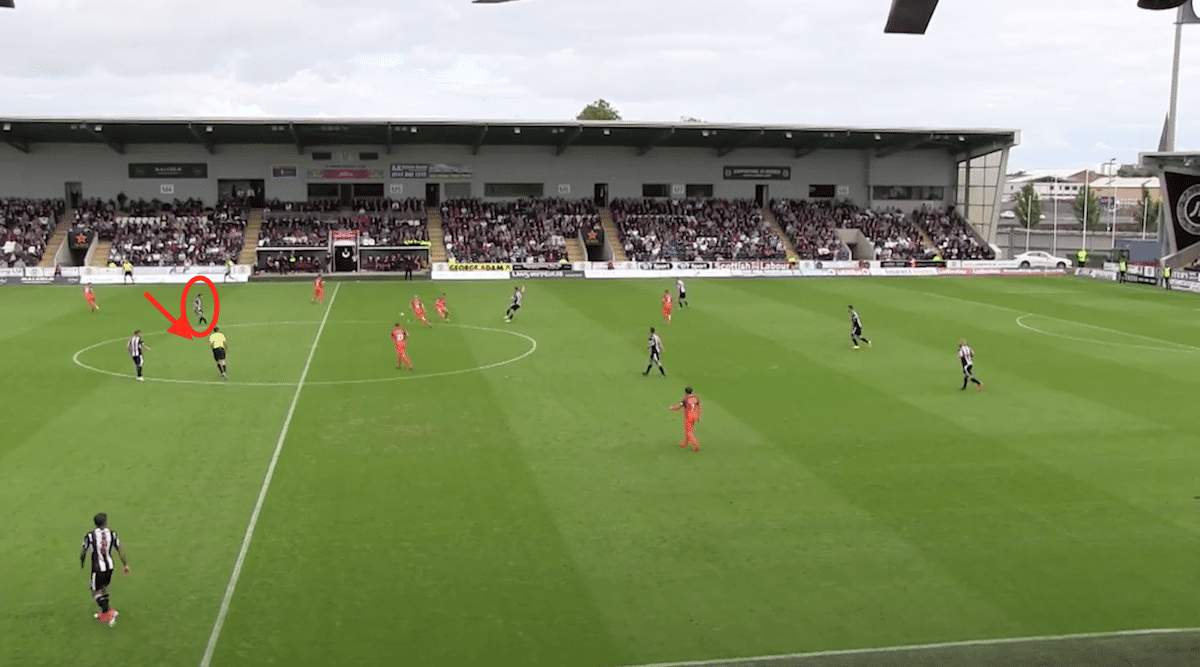 In the still above you see the 20-year-old has drifted in from a wide right position into a more central zone. The St Mirren right-back takes up a wide position which enables him to do this.

He's in behind the oppositions midfield and it's clever positioning on his part. He creates an obvious passing lane but only because he's aware enough to take that area. 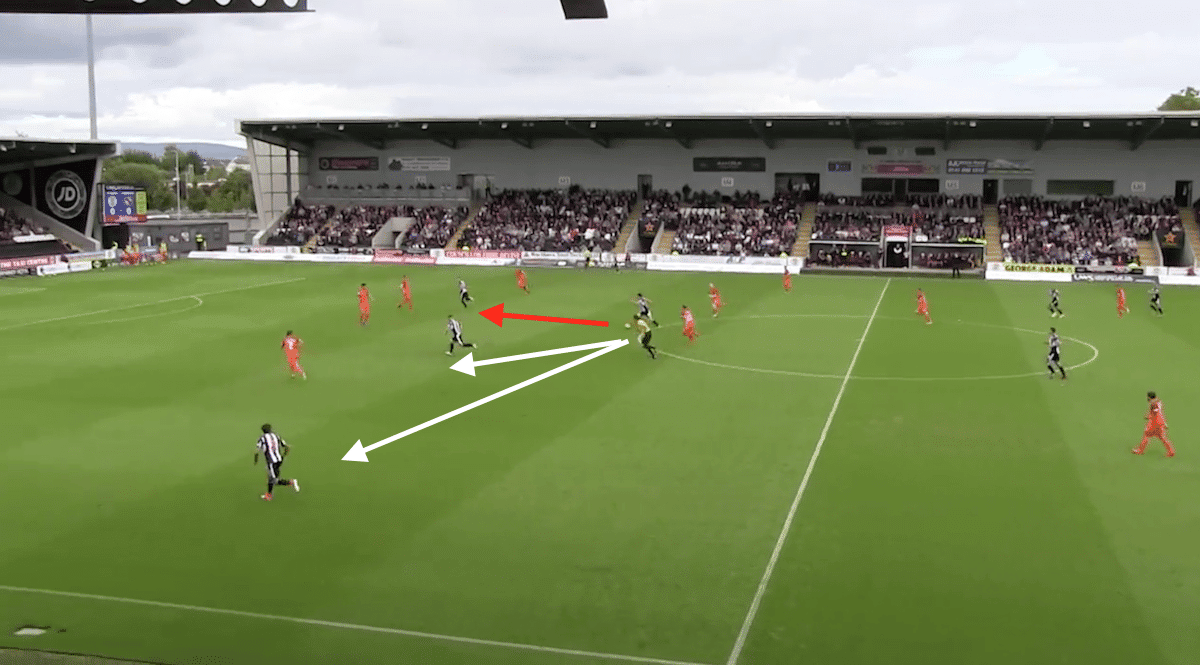 He receives the pass, quickly turns on the ball and pushes forward with two opposition players chasing back, looking to steal the ball away from him. He has two simple passes on to his left.

A pass out wide would stretch the play, while the shorter pass is somewhat of a cowardly one. It puts the pressure on the man receiving the ball when there's nothing he could do that Morgan couldn't in this situation. 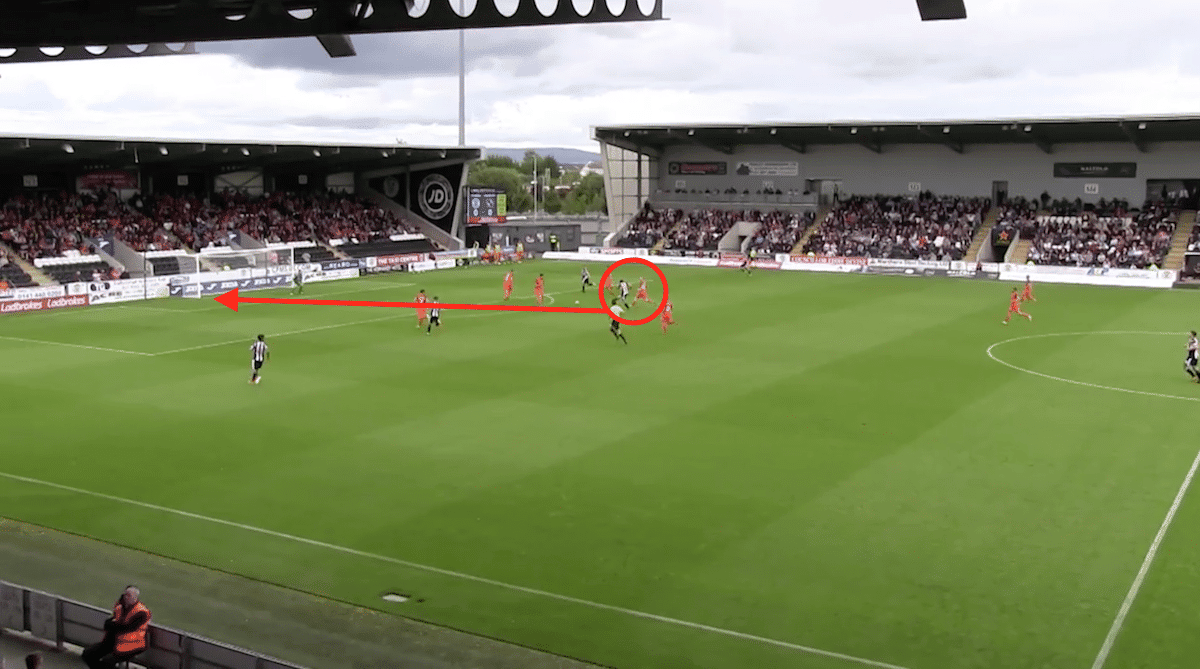 Having driven at the heart of the opposition's defence, he fires a shot goalwards from 20 yards and it beats the keeper. Now, against better teams it's unlikely he would get so much space to initially receive the ball, and it's doubtful teams would let him run half the length of the pitch without a proper challenge.

But it's a positive sign that he's taken responsibility and he's comfortable enough in possession to do this. That's something all managers want their attacking players to do – to carry the ball forward under pressure. 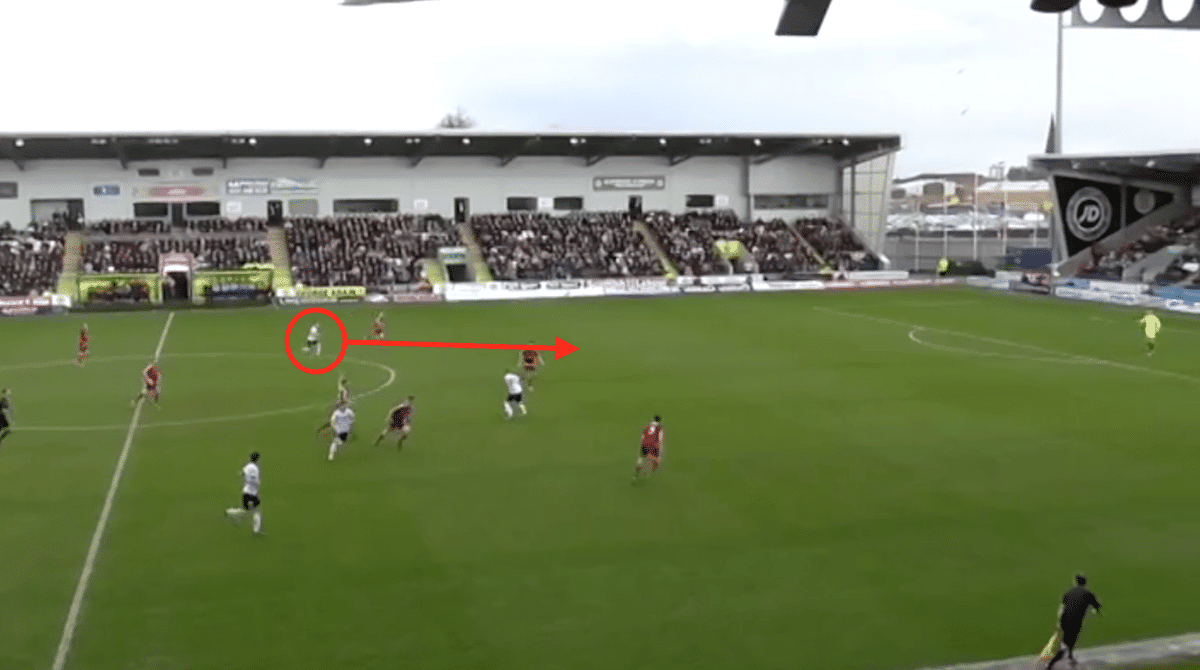 The picture above is taken during the build-up to another one of Morgan's goals. It reveals a lot about him as a player, too. As soon as St Mirren get the ball under control he's looking to get into a central area, but not only that he's also looking to get beyond the striker. 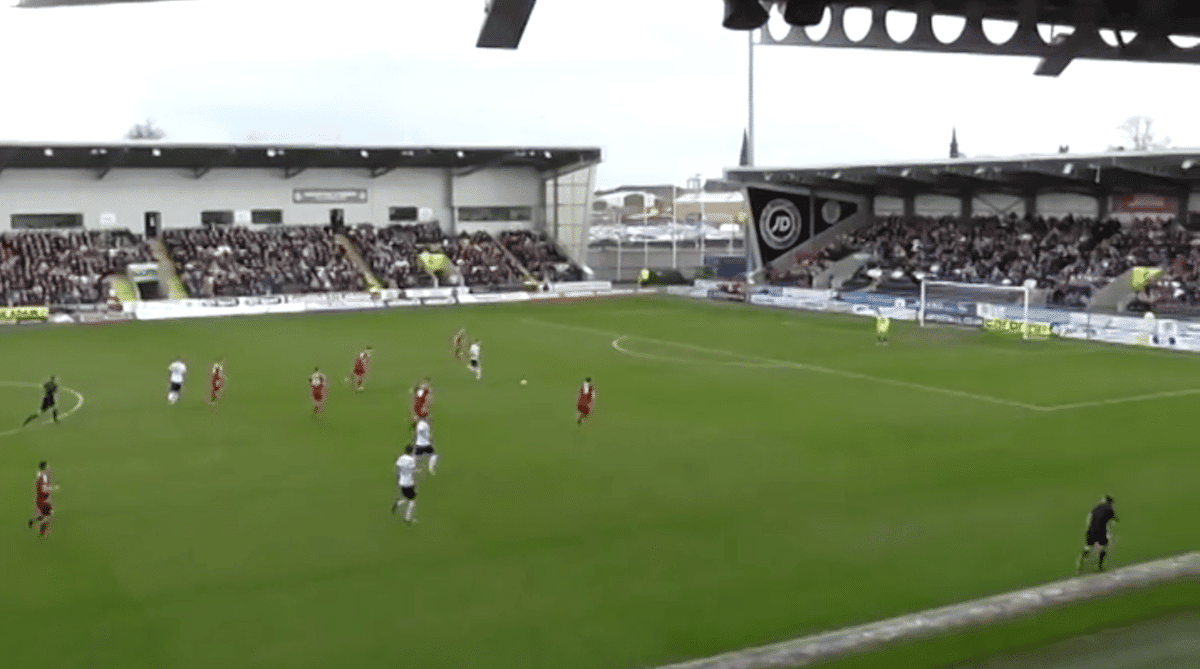 The out to in run shows incisive movement and is what separates the great from the good. Players who aren't as confident as Morgan, and don't have that desire to take responsibility, would tuck inside in this scenario and just look to support the man on the ball.

He races through and fires across the goalkeeper. It's a smart finish and one he's likely to repeat if he continues make those runs in the future.

He's be ideally suited to Celtic.

The Bhoys, under Brendan Rodgers, look to control games and dominate possession. They press high and when on the attack look to get their wingers into central areas. Morgan would thrive in such a system given it allows him to express himself.

He's a goal threat, he's tricky, he's inventive and he's diligent in his defensive duties – tracking back and helping his full-back throughout the game. It's obvious as to why there's quickly becoming a queue of clubs hoping to secure his signature in the near future.