The fourth round of La Liga kicks off on Saturday with the Levante vs Rayo Vallecano duel, which should be an interesting match. So, check our preview of this game and get some free betting tips along the way.

Our top betting predictions for Levante vs Rayo Vallecano

If you are looking the top La Liga betting tips check out some of our favourite betting predictions for Levante vs Rayo Vallecano:

The home team won all five of the previous head-to-head meetings between Levante and Rayo Vallecano and we expect to see the same in this game. After all, Levante is the better team on paper as well and they are the favourites in this match for a reason, although they are still waiting for their first win in La Liga this season.

Top odds and stats for Levante vs Rayo Vallecano

If you want to bet on the top Levante vs Rayo Vallecano odds, check our list of odds taken from the best UK bookmakers:

Levante vs Rayo Vallecano preview:  Can Levante get the first win of the season?

After the 14th spot finish last season, Levante entered the new season hoping for an improvement. However, the team didn't start the season will since they are still without a win after they've drawn twice and lost one game against Real Sociedad. On the bright side, one of those two draws was against Real Madrid. Bardhi, de Frutos, and Soldado are currently injured and they will miss the upcoming match.

The team that surprisingly managed to get the promotion from Segunda through the playoffs started the season in La Liga with a couple of losses, but then they demolished Granada in the last round 4-0. So, Rayo Vallecano will certainly enter the game against Levante with a lot of optimism, especially since the team has no injured players at this time and that could make a difference. 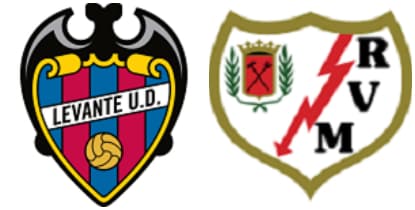