The first match to be played on Sunday in La Liga is the Granada vs Levante duel. So, if you want to learn more about this game, check our preview of the match and our free betting tips.

Our favourite Granada vs Levante tips and picks

If you want to check out the top La Liga betting predictions, or just the best picks for Granada vs Levante, we can help you out:

Granada and Levante to Draw

While Granada is the rightful favourite in this game and they need this win, Levante is probably still hoping to avoid relegation despite their slim chances of doing so.

Both teams have scored in four of the previous five head-to-head duels between Granada and Levante and we can see that happening once again in their next game.

In addition to this, both teams scored in 61% of all Granada matches in La Liga this season, while the same is true for 52% of all Levante games in the league until now.

The best stats, odds, and more for Granada vs Levante

If you are looking for the highest odds for the Granada vs Levante duel, check our selection of odds from the best UK bookies:

With both teams fighting for survival, we expect a very interesting duel. So, here's a closer look at both teams:

With one win, two draws, and three losses in the last six games in La Liga, Granada is far from great form. More importantly, the team is dangerously close to the relegation zone right now since they are just one point ahead of Cadiz, the first team in it. With a few other teams in the mix, Granada fans will likely have to stress about survival until the end of the season.

The team is also struggling with injuries at the moment, with Dani Raba, Maxime Gonalons, Ruben Rochinga, Santiago Arias, Carlos Neva, Angel Montoro, and Neyder Lozano all out of the upcoming game, while Raul Torrente is questionable. Also, Luis Suarez will miss the game to serve a suspension.

Although Levante hasn't been in such a poor form lately, the team collected only a handful of points in the first half of the season and they are still in the relegation zone, seven points behind the first team out of the zone. However, in the last six games in La Liga, Levante has two wins, one draw, and three losses.

Meanwhile, the team is without Jorge de Frutos, Martin Caceres, Carlos Clerc, and Shkodran Mustafi, who are all injured. Also, Roger Marti is questionable.

The most common questions for Granada vs Levante 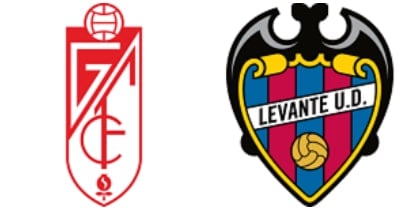