One of the closest duels of the upcoming mid-week round in La Liga is the Levante vs Celta Vigo, which means that it's also a tough match for betting. So, we have a few betting tips for you to help you find the right bet for this game.

Betting tips and picks for Levante vs Celta Vigo

You can see some of our favourite La Liga predictions right here, including out best betting tips for the Levante vs Celta Vigo duel:

Levante and Celta Vigo to Draw

Both teams are still waiting for their first win in the new La Liga season, but Levante at least has four draws and four points to their name, while Celta Vigo only has one point and they are currently in the relegation zone. Also, Levante beat Celta Vigo in three of their last five duels. However, we have a feeling that Celta can do better in this game, so our first prediction here is for Levante and Celta Vigo to draw.

Santi Mina to Score at Any Time

The Spanish striker has been one of a few bright things in this season for Celta Vigo since he scored twice in the first five matches and he is the team's top scorer at the moment. The forward scored 12 goals in La Liga last season and he will be hoping for an improved record this year, for which he seems to be on good path. So, our last prediction for this game is for Santi Mina to score a goal at any time.

The best stats and odds for Levante vs Celta Vigo

If you are searching for the top odds and stats for the Levante vs Celta Vigo duel, take a look at our list of odds from the best UK bookies:

Levante vs Celta Vigo preview: Can either of the teams get their first win?

The new season for Levante didn't start in the best manner since the team has failed to win a game in the first five rounds. On the other hand, Levante also only lost once, along with drawing four times. All in all, the team will be hoping for a win soon to boost their confidence and get them on the right track. However, Levante currently has five players on their injury list, which could impact their chances of getting a win soon.

After a great last season in which they nearly missed out on the European competitions, Celta Vigo started the new season with one draw and four losses in the first five rounds. So, it's clear that the team is in a desperate need for a win at the moment. On the bright side, Celta Vigo is currently without injured and suspended players.

The most frequent questions for Levante vs Celta Vigo 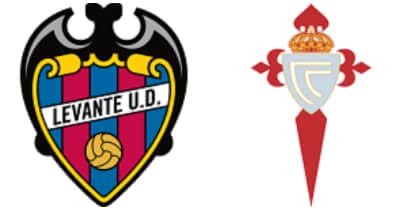