The last match of the mid-week round in La Liga is the Levante vs Atletico Madrid duel, so we have prepared a preview of this game for you, along with our top betting tips.

Our free betting predictions for Levante vs Atletico Madrid

If you are looking for the best La Liga betting tips, check them out right here:

Neither team is having a good season so far, but Getafe is the one that's struggling more since the team has two draws and eight losses in the first ten games, which puts them in the last place in the league. So, while Granada has only collected seven points so far, we would give them the advantage here, especially since they are playing at home.

Although we can see Granada winning this game, we don't expect that to be easy. In fact, we expect the teams to be even at half time and to see the winner decided in the second half. After all, three of the last five h2h duels between Granada and Getafe have been equal at half time, so we can see the same happening on Thursday.

The latest odds and stats for Levante vs Atletico Madrid

If you are looking for the top odds for Levante vs Atletico Madrid, check our list of odds taken from the best betting sites:

Levante vs Atletico Madrid preview: Can Levante surprise the champions?

The team from Valencia is the only one next to Getafe without a win this season and they are currently in the relegation zone with five points from the first ten games. Levante is also on a poor run, with four losses in the last five matches in the league and they desperately need a good result to boost their confidence. Campana, Marti, Mustafi, and Postigo are all injured at the moment and they will miss the upcoming duel with the champions.

The reigning champions of Spain have started the new season well, with 18 points from the first 9 games. However, Atletico Madrid has been a bit inconsistent lately since they have two wins, one draw, and two losses in the last five matches in all competitions, including a surprising loss to Alaves in the league. Lemar, Llorente, and Savic are on the team's injury list at the moment and they won't be available for the next game. 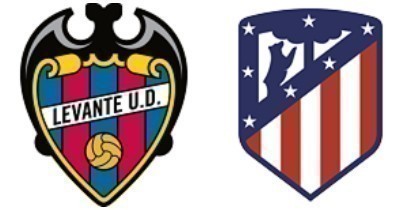