AFC Leopards aim to stay on the winning track when they host Nairobi City Stars in the next engagement of the Kenyan Premier League. Simba wa Nairobi follow a winless sequence ahead of this game,

The Leopards have been brilliant in the recent attempts and won three of the last four outings. In opposition, Nairobi City Stars stand on the other end of this spectrum that are winless from the last three games, losing two of them. Leopards will also be determined over the recent H2H results as they won two of the last three meetings against Simba wa Nairobi. So we back Leopards to add three more points to their name in front of their home fans.

Regardless of the unwanted results in the recent attempts, City Sars have rattled the net in three of the last four games. On the contrary, Leopards have produced a momentum of scoring by sending the ball to the net in all of the recent 11 outings. Leopards and Nairobi are also likely to have several chances as they have kept only one clean sheet in their previous five home and away games respectively. Hence, we predict this game to end with both teams scoring at the same time and changing the trend of the recent H2Hs.

Leopards vs Nairobi City Stars: Check out the best odds and the latest stats

The Leopards got the consecutive second league victory in the last game against Kakamega Homeboyz. Following the recent undefeated sequence, the team has advanced to the eighth position of the table with 45 points. Leopards have managed only 11 wins in the season so far but 12 draws have restricted them to down in the standings.

Simba wa Nairobi conceded the consecutive second and the identical defeat in the previous game against Gor Mahia. City Stars have registered 14 wins in the 32 attempts of the campaign and stand fifth in the points table. The club gaffer Nicholas Muyoti will have zero fitness issues to speak of coming into this game. 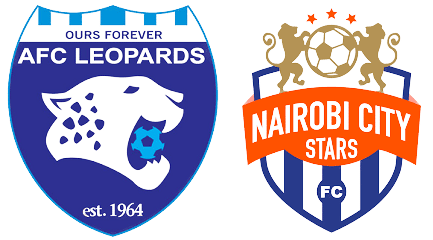 Where is the game being played? Nyayo National Stadium.