This is a story about loyalty. While some players chase fame and money, there remain a select few for whom other priorities take precedence and who continue to place far greater premiums on other aspects of their careers. Yes of course they are still well-paid and their names become well-known, but for a seemingly dwindling group of men, those things arrive as a consequence of what happens on the pitch rather than being their primary goals.

It is becoming more and more evident that an astronomical net salary can sway key decisions, with Oscar and Carlos Tevez both potentially heading to China in the coming weeks. The idea of the former – a player yet to enter the peak years of his career – leaving the Premier League leaders for no reason other than an astronomical salary is jarring enough, but the latter left Juventus due to a burning desire to return “home” to Boca Juniors. 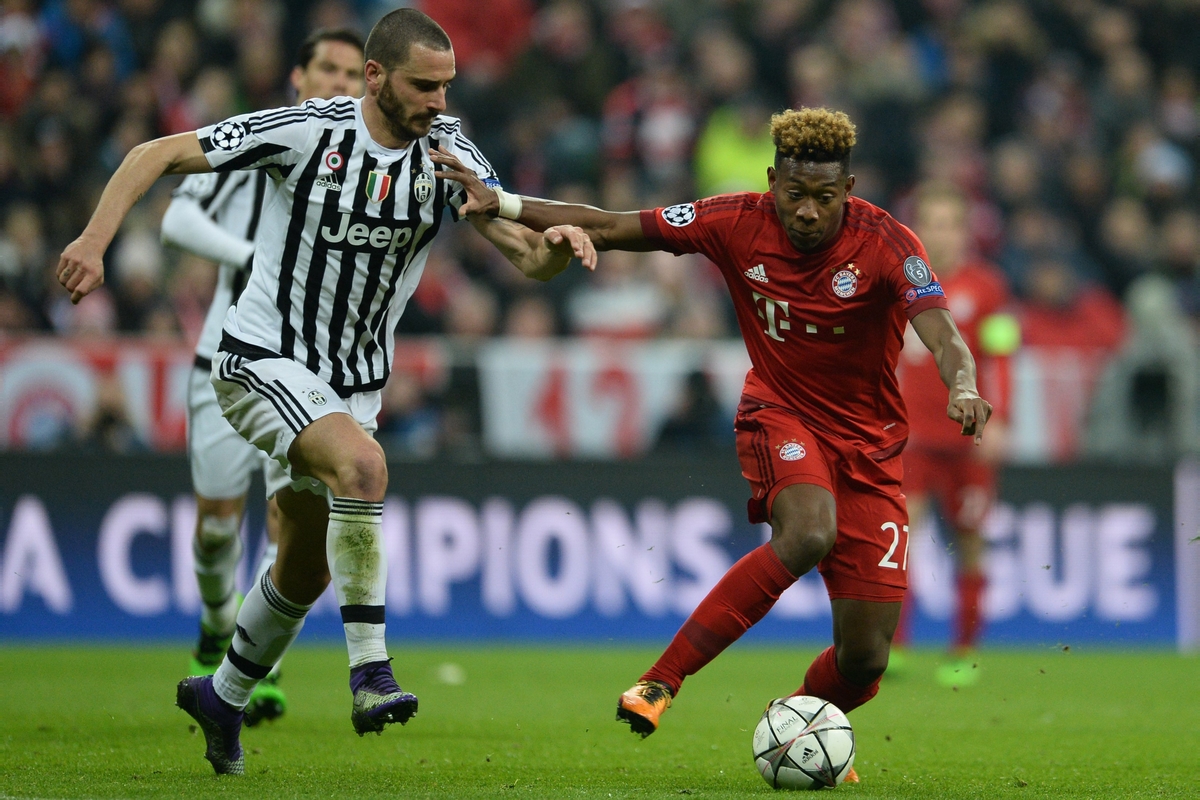 Nobody can blame the Argentinian for accepting a rumoured weekly wage of £615,000, but it simply serves to stand in starker contrast to choices taken by his former team-mate Leonardo Bonucci. The defender has notably been a target for Chelsea and Manchester City, but instead signed a new contract with Juventus on Monday. That five-year deal ties him to the Serie A club until 2021, effectively ruling out the prospect of a move away at least within the next two transfer windows.

His performances last summer saw the rest of Europe realise that the Viterbo native was one of the best in the world at what he does, a belief regular observers of the Bianconeri have held for some time.  At Euro 2016, Bonucci showcased every positive facet of his game, starting with a glorious assist to Emanuele Giaccherini for Italy’s opening goal against Belgium.

Collecting the ball just inside his own half, he took one touch to give himself room, then launched a perfectly weighted pass to the on-rushing former Sunderland winger, picking him out and splitting the defence with a delivery Andrea Pirlo or Xavi would’ve been pleased with. His distribution skills had always been evident, hinting at the midfielder he always wanted to be. It was no surprise to hear him admit to Total Italian Football that he wore No.19 for club and country because “one plus nine equals…” 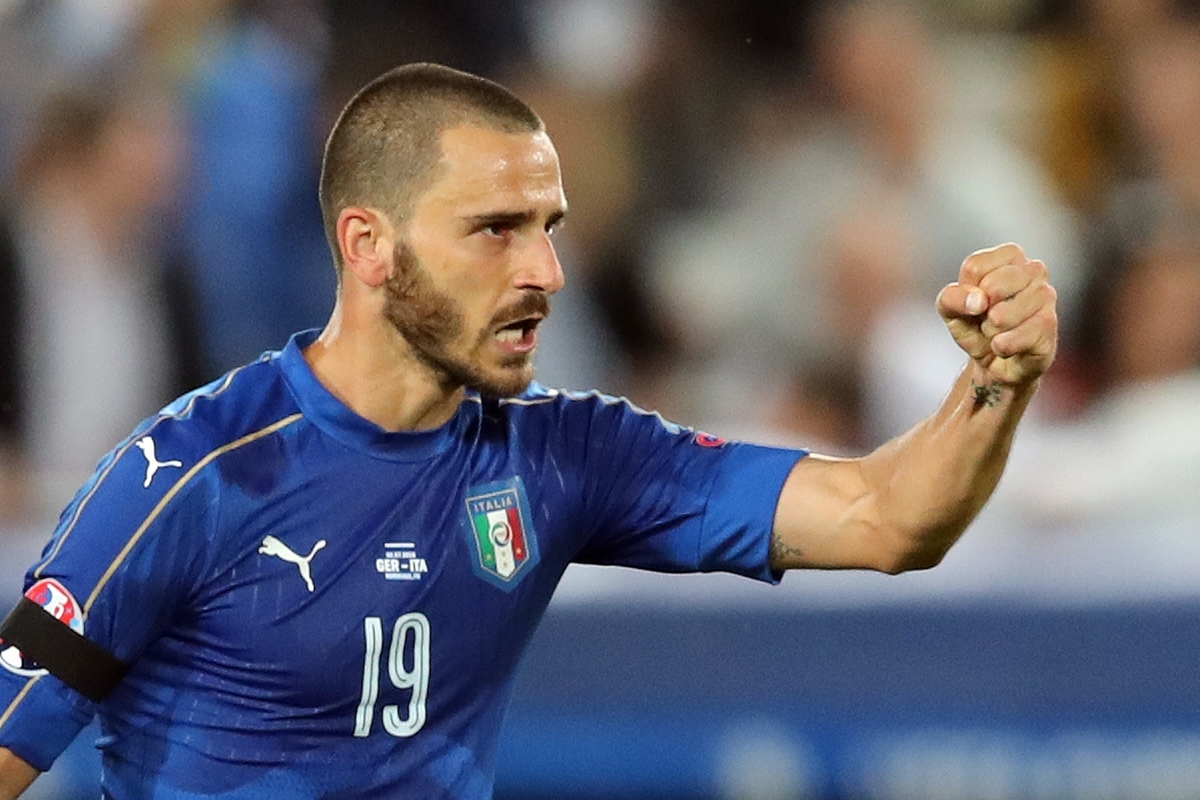 However, that 2-0 win over Belgium – and subsequent encounters with Sweden (1-0) and Spain (2-0) – also saw his ability to neutralise the deadliest strikers come to the fore. Romelu Lukaku, Zlatan Ibrahimovic and Álvaro Morata all tried and failed to get the better of Bonucci, the central player in the three-man Azzurri backline.

“Leo’s been born with the God-given privilege of sweet-feet,” Gigi Buffon noted as the competition continued. “Those sweet feet mean that he can take big risks on the ball, even in the most stressful situations… but I must add that over the last year his defensive reading of the game has improved hugely to the point that he’s one of the best defenders in the world.”

Unlike his passing, this is something he has worked on extensively over the past six years, now a vastly improved man-marker in comparison with the unsure and nervous defender who arrived in Turin. Signed from Genoa at a cost of €15.5 million, Juventus clearly paid for the potential they identified in the Inter Milan youth product rather than the player he was back in 2010. Lapses in concentration, poor positioning and basic errors became commonplace, but the arrival of Antonio Conte made a huge difference.

Drilling his team constantly, the coach’s dedication to repeat movements until they became ingrained within the side paid off as Andrea Barzagli, Giorgio Chiellini and Bonucci quickly became the cohesive unit they are today. Yet the latter was never satisfied with simply being a cog in the machine, seeking out help to make him the very best he could be even when he was a youngster at Treviso.

There, with his confidence shattered by Inter’s failure to believe in his ability, Bonucci began spending time with Alberto Ferrarini. The motivation expert used many methods to rebuild the player’s fragile mentality, his tactics ranging from punching him in the stomach to feeding him garlic tablets and telling him to breathe in Francesco Totti’s face.

“I made sure Leo would always be focused and ignore everything around him,” Ferrarini told Tuttosport last season. “That’s how I started turning him into a soldier.” Given that Bonucci scored a match-winning goal in the clash with AS Roma and punched an armed robber at a Ferrari dealership, you could say it worked.

He also stepped up and smashed home a penalty during the Euro 2016 semi-final, proving he had the mental strength to go against Manuel Neuer and score. Italy were of course eventually eliminated via a shootout, but Bonucci was a wanted man. Pep Guardiola admitted last season that the Juve man was “one of my favourite ever players” yet the Azzurri star turned down the chance to join the Catalan boss at Manchester City this summer.

Bonucci confessed that it was difficult to turn down the prospect of working with such an iconic coach, but that is exactly what he did and after signing his new deal he explained what pushed him to commit to the Bianconeri cause. 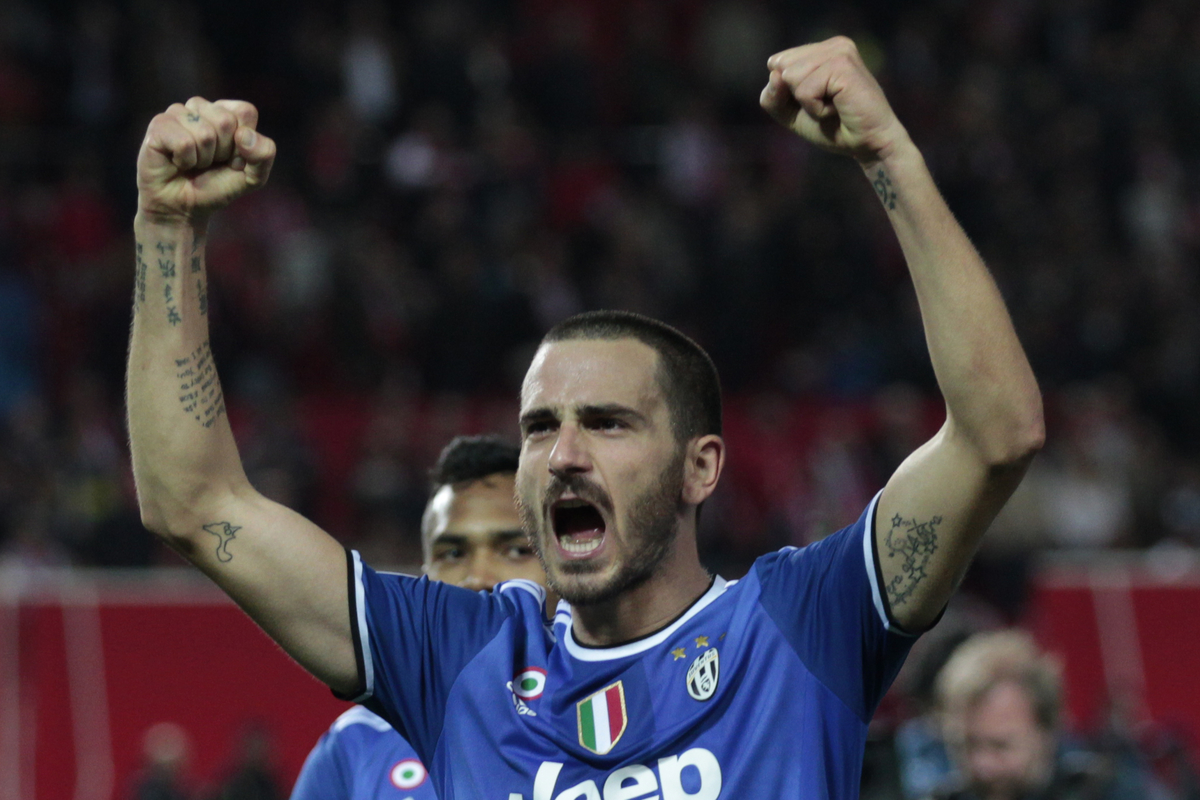 “I have many goals which are to become even more of a legend at this club, to still improve myself personally, and to continue to have this passion inside that helps me in times of trouble,” Bonucci told Juve’s official website. “I have to keep improving and we have to continue on this path made of humility, and sacrifice with the desire to always improve.”

That is a frightening prospect for opposition players as one of the best defenders in the world looks to get even better, but one which will warm the hearts of Juventus supporters everywhere. Bonucci realises that he has built something special between him and the club, a bond which – particularly if he helps the Old Lady win a record sixth-consecutive scudetto this season – will see him become part of history.

He wouldn’t have it any other way.