Lens hosts Lorient in the fourth round of French Ligue 1, 2021/22 season. Our detailed preview sheds more light on this fixture and includes the best free tips and predictions for our readers.

At Football Whispers, you get the best free predictions for every fixture. Here is how we are tipping these teams to fare against each other on matchday:

Lens are the favourites to win this game, so our first pick sides with the bookies. The hosts have not lost since the start of the new season having recorded 1W and 2D in three games played so far. Moreover, Lens completed the double over Lorient last season even though they failed to do it with a clean sheet. They also boast three victories over Lorient in the last three encounters.

We are also predicting few goals at full-time in this game. Both sides look better defensively so even with our backing for a home victory, we don't think they will score a lot of goals against Lorient. Lorient kicked off the season with a 1-1 draw against Etienne, bagged a 1-nil victory over AS Monaco but was unfortunate in the last match in which they lost 3-1 away to Monaco. The hosts come to this game with a 2-0 victory at Monaco last weekend, a team that Lorient trounced two weeks ago.

We are not expecting goals on both sides.  Both teams have one clean sheet each after three Ligue 1 games so far. The hosts have leaked three goals while Lorient has let in four. That's not a significant difference, and it makes both sides at par defensively. However, home advantage should come in handy for Lens.

A notable stat in this matchup is that Lens has bagged victories over Lorient in the last three meetings. However, the hosts kept only one clean sheet in those games. An interesting twist in this fixture is that most of Lens’ victories have come on the road, which begs the question; can they get the third victory against Lorient in nine home fixtures?

Moreover, in the previous 17 meetings, Lens has only recorded 4W and it means two have been at home and the other two on the road. It leaves us with head to head for both managers. Lens head coach, Franck Haise, boasts two winnings over his Sunday counterpart, Christophe Pelissier. It negates the fact that Lorient boasts 9 winnings, 4 draws and 4 losses in all meetings. Could it be that Lens head coach is always outmanoeuvred tactically by the hosting coach? Well, the hosts do not only have better form than the visitors but also a manager who boasts a perfect record against his next opponent in Ligue 1,  29th August 2021 fixtures. 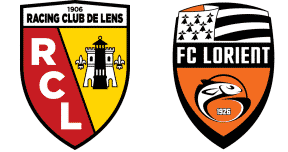 Who has been slotted to referee the Lens vs Lorient game?