Despite having failed to impress on a consistent basis while at Southampton, Mario Lemina could bag himself a move to a team playing European football this summer.

The 25-year-old is reportedly a transfer target for Manchester United and Arsenal with Leicester City and Everton also keen on the powerhouse, box-to-box midfielder. The Saints are open to selling too and are believed to want in the region of £20million for the Gabon international.

All parties have been fairly reasonable about this potential move, an increasing rarity in the modern game.

Lemina hasn't travelled with the rest of Ralph Hasenhüttl's squad on their pre-season training camp in Austria. The Saints left the midfielder, who was their club-record signing when he joined in the summer of 2017, at home with several other players they're looking to cash in on.

“I am physically preparing myself at the training ground (at Southampton)with a few other players including Charlie Austin and Jordy Clasie,” Lemina told France Football.

“I did not accompany the team after reaching an agreement with the coach (Ralph Hasenhüttl). He wants to build his group with players who want to stay at the club, so he left me out.”

The former Marseille star laid out his future plans to those at St Mary's a while back if what he's claimed is true.

“As early as last year, I had set my conditions; I wanted to go elsewhere this summer. I was also very frustrated by my injury that lasted four months so I really want to discover something else. I stand by my plan, I decided to tell the leaders that I wanted to leave. There is no turning back.”

Reports suggest Southampton are more than happy to cash in on Lemina as they look to bolster their transfer kitty. In exchange for a £20million fee, interested clubs would get an all-action midfield destroyer worth at least double that if he was coming off the back of a successful season.

There's clearly an abundance of talent within Lemina.

It's why Juventus signed off on a £10million deal to sign him from Marseille as a 20-year-old in 2015. It didn't work out in Turin as expected yet the Serie A giants still made a profit when they sold the one-time Lorient man to Southampton.

He's yet to fulfil his undoubted potential but there is ample time. The midfielder just needs the right environment to flourish.

Even in his limited role last season, appearing in just 1,614 minutes in the Premier League for the Saints, Lemina made quite an impression. 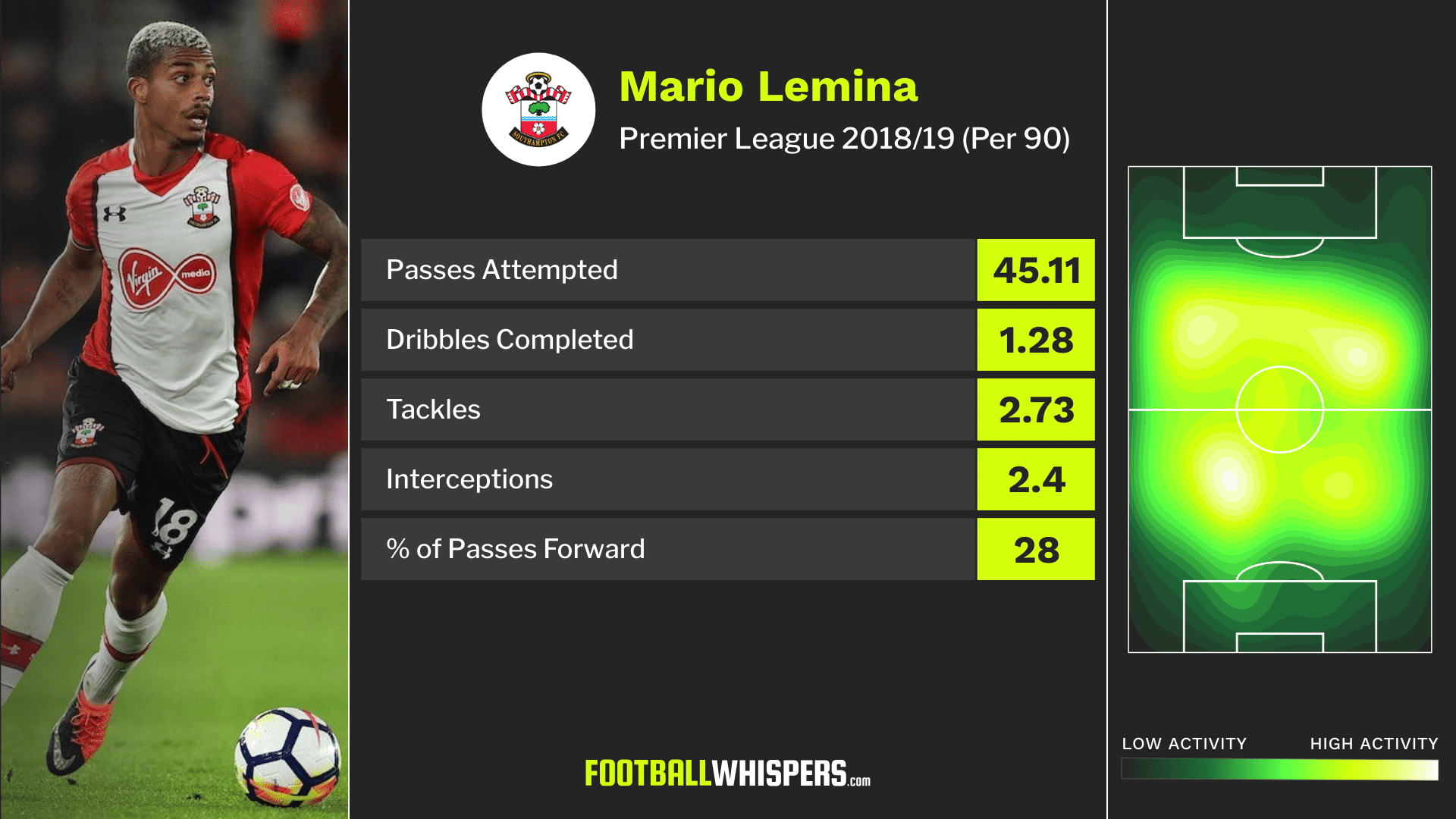 His 45.11 passes attempted per 90 isn't a stat that suggests he was heavily involved, with other midfielders in the English top-flight averaging double that. However, context is necessary. Lemina was playing for a side in transition, and one fighting to stay in the Premier League for a large chunk of the campaign.

Furthermore, Hasenhüttl's style is very press orientated. And a team can't press if they dominate the ball.

Lemina's 1.28 complete dribbles per 90 does suggest he is press-resistant, though, something which is a valuable trait for a modern-day midfielder.

Not only is he progressive on the ball, completing dribbles and generally creating space, he's also incisive, playing close to 30 per cent of his passes forward.

Lemina isn't averse to doing the dirty work, either. Last season he averaged 2.73 tackles and 2.4 interceptions on a per 90 basis. He put out fires all over the pitch, as evidenced by his heat map (above). 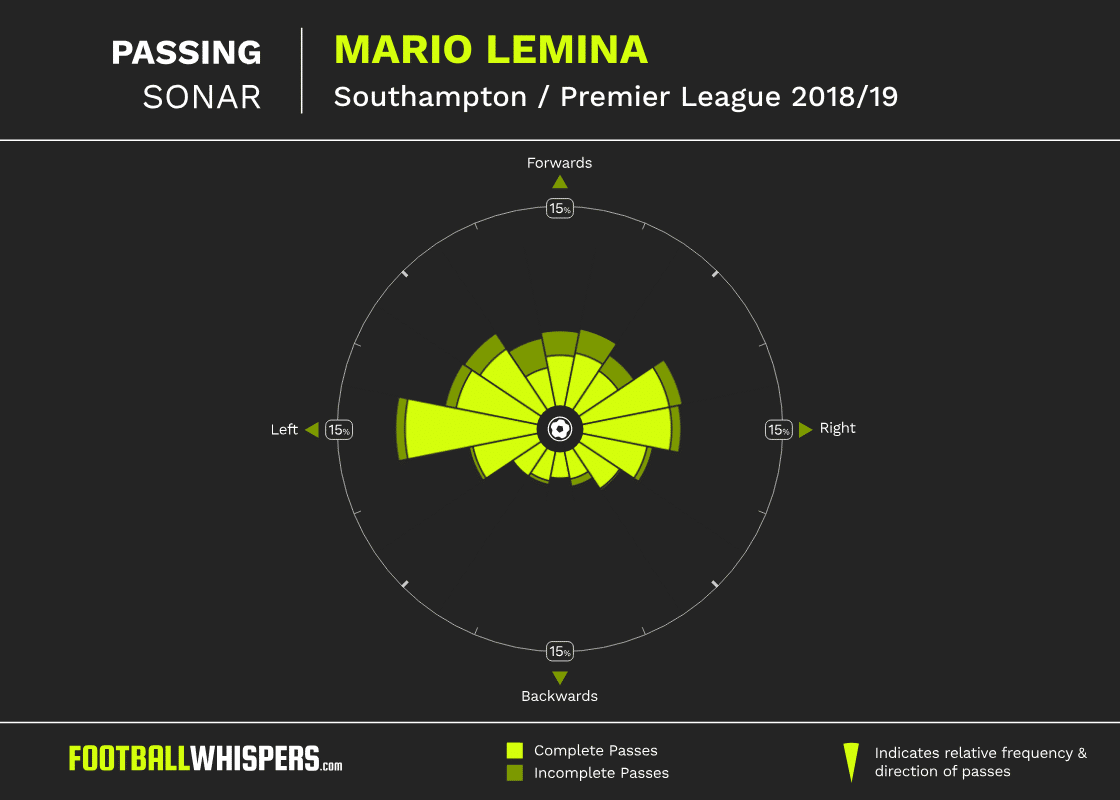 His passing sonar paints the picture of a midfielder who likes to keep play ticking along. He recycles possession, moves it from left to right and vice versa, but isn't against playing riskier passes.

He's a facilitator. The man to free others up to enable them to do what they're good at. Better players will shine even brighter beside Lemina while defenders will appreciate his off the ball work and attackers will laud his work rate.

It isn't a mistake for Southampton to sell. It's clear they've moved on and have different plans for the midfield. However, that doesn't mean a buying club aren't getting a bargain if they land Lemina for under £20million.