Liverpool are reportedly prepared to let Divock Origi leave on loan, but Paul Joyce of the Times claims the club want a £6million loan fee for the Belgian and for any interested club to pay 100 per cent of his wages.

VfL Wolfsburg are thought to be leading the race for the former Lille man. Origi wants regular first-team football this season as he looks to keep his place in the Belgium squad ahead of the 2018 World Cup.

He has grown frustrated with the limited opportunities at Liverpool and is the one forcing the move.

“We haven’t been contacted by Anderlecht,” Mark Origi, Divock's father and agent, said when addressing rumours that the striker could be set for a return to his homeland on loan.

“Divock has to leave Liverpool to have some playing time. Tottenham is a possibility, but there is also interest from France and Germany.”

A move is yet to be confirmed and this could be the reason behind Liverpool's bid for Thomas Lemar stalling.

Reports emerged last night which suggested the Reds were closing in on the Monaco midfielder. However, talks between the two clubs appear to have come to a standstill.

In France, Le10Sport claim a deal is close while the English media are claiming it's complicated.

Could it be complicated because Jürgen Klopp can't fit Lemar into his squad while Origi is still part of it?

And can the Reds justify playing the Belgian's wages when he's dropped further down the pecking order? 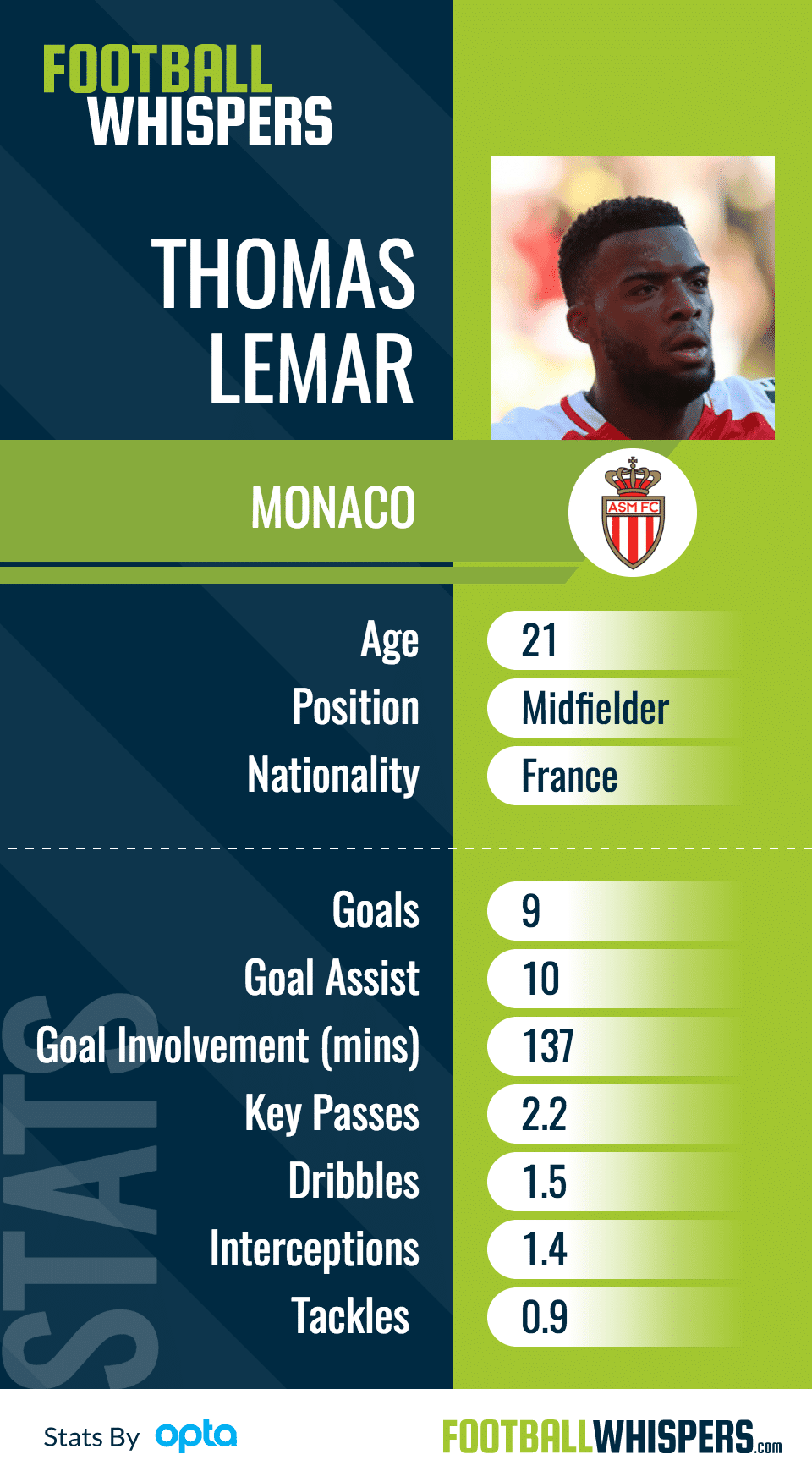 Lemar for Origi is by no means a like for like swap but the Merseyside club have versatile players at their disposal. They lose a striker in Origi but gain a midfielder in the Monaco man.

It means that if there's ever a shortage in attack the Reds could use Sadio Mané or Mohamed Salah in a central area, not their natural role of course but they're capable of playing it, and use Lemar as one of the wide attackers.

Could Liverpool fans see movement on the Lemar front when Origi's loan move to Wolfsburg is confirmed? We have eight hours to find out.