One of the more interesting matches in the upcoming Europa League round is the Leicester vs Spartak Moscow duel. With that in mind, we have prepared a detailed preview of this game, along with free betting tips.

Our favourite Leicester vs Spartak Moscow betting picks and tips

If you can't decide on the right bet for the Leicester vs Spartak Moscow duel, check our top predictions for this game:

Leicester to Win with Handicap (-1)

While the first match was very exciting and Leicester had to come back from being down at half time in order to win the game, we don't expect that to happen in the rematch. Leicester has been playing well recently and they've won four of their last six matches, while Spartak has struggled and even had a shocking 7-1 loss to Zenit a couple of weeks ago. So, our prediction is for Leicester to win this game by at least two goals.

Leicester to Win at Half Time and Full Time

Since we expect a convincing win for Leicester City, we also expect them to lead at half time before winning the match in the end. As we already mentioned, that wasn't the case in the first game, but with Leicester playing at home and Spartak being in poor form, we can definitely see this happening on Thursday.

The first match between these two teams ended with seven goals being scored and we can't see these two teams playing a low-scoring game now. Of course, we don't expect to see that many goals again, but we do think that we will see at least three. Leicester's defence has been very poor this season and they've conceded in six games in a row, but they also managed to score multiple goals in five of those six games. So, our final prediction for this match is over 2.5 total goals.

The latest stats and odds for Leicester vs Spartak Moscow

If you want to bet on the best Europa League odds, including the Leicester vs Spartak Moscow game, check our selection of odds from the top UK bookies:

Leicester vs Spartak Moscow preview: Will we see another goal fest?

The Foxes have been pretty inconsistent this season, both in Premier League and Europa League. The team is currently in the middle of the standings in the Premier League, with 14 points from the first 10 games. Meanwhile, Leicester has one win, one draw, and one loss in their EL group and their only win so far came against Spartak in last round. In any case, Leicester has been improving since they've won four of their last five games. The team will be without Fofana, Justin, and Albrighton, while a few other players are questionable.

With one win, two draws, and two losses in the last five games, Spartak Moscow is far from their best form. To make the matters worse, one of those two losses was a demolishing 7-1 loss to Zenit, while the other came against Leicester despite the fact that Spartak took a very early 2-0 lead in that game. Hendrix, Maslov, Ponce, Umyarov, and Melkadze are all out of the next game with injuries. 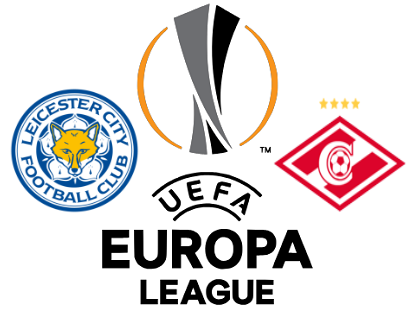