Leicester will be hoping to finally put an end to their FA Cup woes this season, having reached the final four times and lost on each occasion. However, the 1976 FA Cup winners Southampton stand in their way in what is considered the easier of the two semi-finals this weekend. Both clubs understand that the draw for the FA Cup semi-finals has offered them a fantastic opportunity of reaching a major cup final, so we're expecting both sides to give it their all on Sunday.

Read on for our full match preview and prediction for Leicester vs Southampton in the FA Cup.

Jamie Vardy top scores fr Leicester this season despite having some injury problems. The former England international has scored 12 league goals as well as 2-goals in the Europa League, making it 14-goals in 33 appearances for teh Foxes this season.

All the stats and the latest odds for Leicester vs Southampton

Leicester were narrowly beaten 3-2 at West Ham last time out and have lost their last two matches since defeating Man Utd in the quarter-finals of the FA Cup. Brendon Rodgers will be desperate to guide Leicester to FA Cup glory this season as it would be the cherry on top of what has been an excellent campaign for the former Liverpool and Celtic manager.

The Foxes head into the semi-final as the favouries with all the bookmakers but that will only ramp up the pressure. Leicester won;t have Barnes, Justin, Under or Morgan this weekend, while there are alos doubts over Perez, Choudhury, Maddison and Soyuncu, and with that many players possibly missing, Rodgers suddenly has a much tougher job on his hands.

Southampton ar ethe underdogs and will had into the semi-final without Obafemi, Romeu and Smallbone through injury. The Saints were well beaten by lowly West Brom in their last match and only had to beat Championship side Bournemouth in the quarter-finals, so you can see why their opponents are the favourites. Southampton have endured an up and down season and struggle for consistancy, but they have history with this competition and will realise this is their best chance of winning the trophy wince reaching the final in the early 2000s. 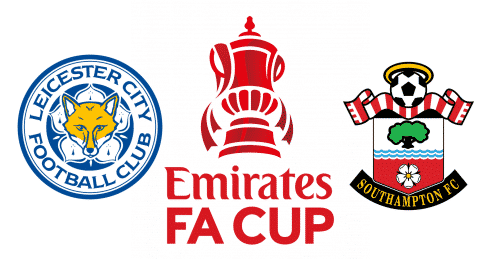