This tie is an intriguing one with Leicester favourites but PSV no mugs either. Who will win the first leg? Find out with our Leicester vs PSV match preview with free tips, predictions and odds mentioned along the way.

Foxes to take a lead to Holland

A lot has been made of Leicester being in poor shape this season but that's only due to high standards they've set in prior years and, actually, their home form is pretty good hence we fancy them to win here. The Foxes are unbeaten at home in six and have won their last four, which includes two European games. PSV have a decent away record but it's impossible to deny that the Eredivisie isn't as strong as the English top flight. A better guide to how PSV will fare on the road comes from their European exploits; they thrashed Copenhagen last time out but before that had failed to win in three.

Both sides to be amongst the goals

Backing both sides to score in this game looks like a fairly obvious choice in all honesty. Leicester have netted in 12 home games on the spin whilst keeping clean sheets in just four whilst PSV have bagged goals in each of their last 10 away games. Again, they have four clean sheets in that period. With neither of these sides likely to sit back, this should see goalmouth action at both ends for sure.

Here are the key stats & form guide for Leicester vs PSV

Leicester vs PSV: Let's look at the predicted lineups

The Europa Conference League is wide open this season with none of the teams in the competition looking unbeatable. Both of these sides will be able to envisage a way of going deeper. As for winning it, why not?

A lot has been made of Leicester experiencing a major drop off from their previous seasons from a domestic standpoint. They could go a long way to shelving those groans with a comprehensive win here though. The Foxes will certainly fancy their chances of grabbing a win too.

PSV have a tough call to make here. A two legged tie against Leicester is winnable for them if they bring their A game but, at the same time, focussing on the Europa League might derail their battle for the Eredivisie title.

A quickfire FAQ on Leicester vs PSV 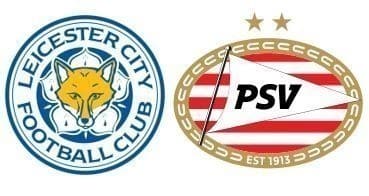