The Leicester vs Legia Warsaw duel in the upcoming round of Europa League is a very important one, so let's check the game out in more detail and try to understand what could happen in it.

Our top betting tips and picks for Leicester vs Legia Warsaw

If you are struggling to find the right bet for the Leicester vs Legia Warsaw duel, check our top betting predictions for this match:

Leicester to Win with Handicap (-1)

The Foxes have struggled recently since the team only managed to get one win in their last five matches in all competitions. However, Legia has also in poor form since they've lost their last four matches across the board. Both teams are still in play for the first two spots in the group, but Leicester is clearly the favourite in this match since they are playing at home and they are the better team on paper. So, our prediction for this game is for Leicester to win the game by two goals or more.

Leicester to Win at Half Time and Full Time

Since we expect to see a convincing win for Leicester in this match, we also expect them to take the lead in the first half and hold onto it until the end of the match. We fully expect the home team to come out strong and attack from the very start and we expect to see them field the strongest possible team in order to get this win and come one step closer to the next stage.

Jamie Vardy to Score at Any Time

The undeniable legend of Leicester City and the man who broke many records with the team is still leading the Foxes in offense. This season, Vardy already scored seven goals in eleven Premier League games. However, Vardy failed to find the net in three Europa League matches so far. The game against Legia at home sounds like a very good opportunity for Vardy to finally net a goal in Europe this season.

With two losses and two draws in the last four games in all competitions, Leicester City doesn't look as good as they did last season and they've only shown flashes of their potential so far. At the moment, Leicester is 12th in the Premier League, but they have a chance to get out of their group in the Europa League if they can do well in the last two rounds. Fofana, Justin, Pereira, and Tielemans are injured and they will miss the next match.

The reigning champions of Poland are having a nightmare of a season at the moment since they've lost four games in a row in all competitions. Furthermore, the team is currently in the relegation zone in their domestic championship after they won just three games so far and lost ten matches. That being said, Legia is still in contention for the top two spots in their EL group, but it's hard to see them getting into form to achieve this. On top of all this, the team currently has seven players on their injury list.

The best odds and stats for Leicester vs Legia Warsaw

If you are trying to find top odds for Leicester vs Legia Warsaw, check our selection of odds from the best UK bookmakers: 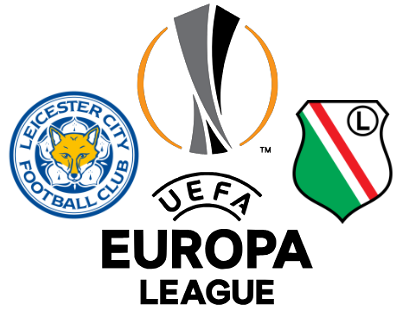