Leicester continued their march towards the Champions League courtesy of a 3-0 win over West Brom last time out and the Foxes have the home advantage once again on Monday night. Crystal Palace just need two more points to reach the magic 40pts milestone but securing a win at the King Power Stadium will prove much easier said than done.

Read on for our full match preview and prediction for Leicester vs Crystal Palace in the Premier League.

Leicester are unbeaten in their last three games against Crystal Palace, picking up one draw and two wins. Leicester have now won four of their last six matches in all competitions, keeping clean sheets in three of those victories.

Jamie Vardy leads the way in front of goal for Leicester this season with 13-goals in the Premier League alone. The former England striker was on target for the Foxes in their last game against West Brom and will be hoping to go on a scoring run now that his goal drought is over.

The latest stats and markets ahead of Leicester vs Crystal Palace

After suffering back-to-back defeats against Man City and West Ham, Leicester are now looking for a third straight win after they knocked Southampton out of the FA Cup and hammered West Brom 3-0. The Foxes are on course to qualify for the Champions League this season but have to win their home games if they don;t want to fall at the last hurdle. Rodger's men have looked strong at the back in their last two outings and if they can score the first goal early against the eagles, then Leicester should run out comfortable winners. Barnes and Justin are expected to remain sidelined for Monday's match.

Crystal Palace welcome back Batshuayi after he was unable to play against Chelsea last time out. Schlupp also looks set to return from injury and could be joined by Cahill, Sakho, Clyne and Tomkins, but McArthur, Wickham and Ferguson won't make the trip to the Midlands. Crystal Palace suffered a 4-1 home defeat to Chelsea last time out and were recently beaten 4-1 on the road by Tottenham, so confidence is bound to be low heading into another tough game against one of the European hopefuls. Palace are the big underdogs on Monday night but they were when they travelled to Merseyside to face Everton and managed to escape with a draw. 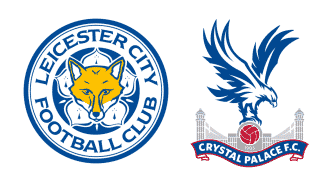