Leicester have won their last two home games against Burnley in the Premier League and the hosts are the odds on favourites to secure all 3pts this weekend as well. Burnley are yet to win a single league game in their opening five attempts and only have 1pt on the board as things stand.

Our Best Bets for Leicester vs Burnley

Here are our predictions for Leicester vs Burnley

Leicester haven't had the most explosive of starts to the new season and sit 12th in the table heading into the latest round of fixtures. However, the Foxes have won three of their last five encounters with Burnley, including the last two games played at the King Power Stadium and we're backing the hosts to win again on Saturday. Burnley have lost four of their opening five games this season, managing a solitary point at home against another of the struggling sides, Leeds.

Both teams have scored in each of the last five league meetings between these two clubs and we're predicting that there will be goals at both ends of the pitch this weekend once again. Four of Leicester's last six outings in all competitions have ended with both teams scoring and the same can be said for three of Burnley's last four matches in league and cup.

Jamie Vardy may be coming to the end of his career but the 34-year-old striker is still playing a crucial role at Leicester City and has already netted 3-goals in the Premier League this season. Vardy scored 15 times in the league last season and if he can stay fit and keep on top of his form, then the former England man could well be on the way to a similar total this time around. We're predicting that Vardy will get on the scoreboard against Burnley this weekend as the visitors have an uncharacteristically leaky defence on the road this season.

Can Burnley carve out their first win of the season at the King Power Stadium?

Leicester suffered a 2-1 defeat away at in-form Brighton last weekend but really should have secured at least a point for their efforts. The Foxes trailed at the break to a Maupay penalty and Welbeck netted a second goal for the hosts just 5-minutes into the second half. Vardy pulled a goal back for Leicester just after the hour mark but despite their best efforts, Rodgers' men could carve out an equaliser.

A tight, tense and rather unattractive 90-minutes between Burnley and Arsenal was settled in the first half by a goal from Odegaard for the visitors. Burnley are yet to win a single game this season and already look likely to be right in the thick of a relegation battle come the business end of the campaign. A midweek 4-1 win over Rochdale will have been a big relief for Burnley as they have been struggling to score goals and finish off teams this season, but doing the same against Leicester will be much easier said than done.

Leicester: Justin, Evans and Fofana could all miss this weekend's games through injury, though, of the three Evans is most likely to make it back in time to feature.

Burnley: Brownhill could join Stephens and Long on the sidelines this weekend after picking up a knock last time out. 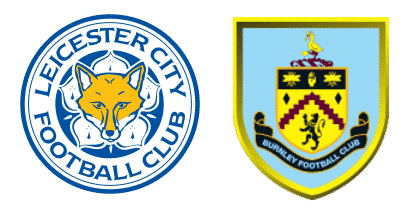