Barcelona misfit Philippe Coutinho has been linked with a shock move that would reunite him with his former manager Brendan Rodgers, according to Mundo Deportivo. The Brazilian has struggled since making the switch to Barcelona from Liverpool for a transfer fee of around £135 million. Coutinho made the switch to the Camp Nou in the hope of forming a devastating partnership alongside the large contingent of South American forwards like Luis Suarez and superstar Lionel Messi. 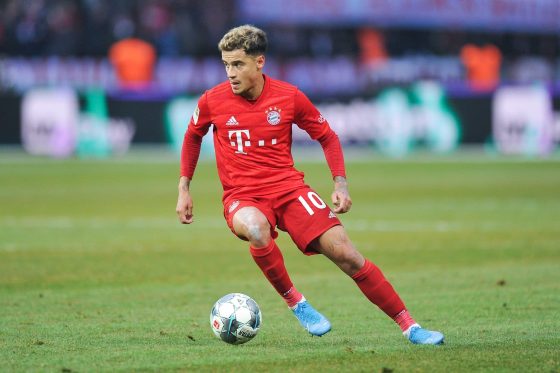 Since the transfer, Coutinho has never made an impact and Barcelona have only been able to enjoy a shadow of the player who had scored 54 goals in 201 games for Liverpool. This led to a loan move to Bayern Munich during the 2019-20 campaign. It is widely expected that the 29-year-old will be sold in the summer to cut down losses, as he is one of the highest earning players in the squad.

The latter arrangement would work for Barcelona, as it would also allow the team to be free of the massive wages commanded by Coutinho’s contract. The player will also benefit from playing for Brendan Rodgers, who is one of the few managers to have brought out the best out of the 29-year-old. Rodgers brought a relatively unproven Coutinho to Anfield and made him into a star. Even though Coutinho’s best season may have come under Jurgen Klopp, there is no doubt that Rodgers has had a massive influence on the player.

Barcelona might hope that playing for Rodgers may get Coutinho back to his former levels.