It's not that long ago Leicester City were lauded as one of the Premier League‘s best recruiters. Çağlar Söyüncü's sudden emergence suggests that might still be the case.

With Steve Walsh as director of football, the Foxes brought Jamie Vardy, Riyad Mahrez and – the pièce de résistance – N'Golo Kanté to the King Power Stadium. They, of course, went on to win the Premier League title against all odds.

Kanté and Mahrez left Leicester over the next two years, netting the Foxes a combined £92million in transfer fees from Chelsea and Manchester City respectively.

Walsh left too, joining Everton in 2016, but City's smart transfer business did not end there.

Harry Maguire signed from Hull City for around £15million two summers ago before joining Manchester United at a £70million profit earlier this month, making him the most expensive defender in the history of football. 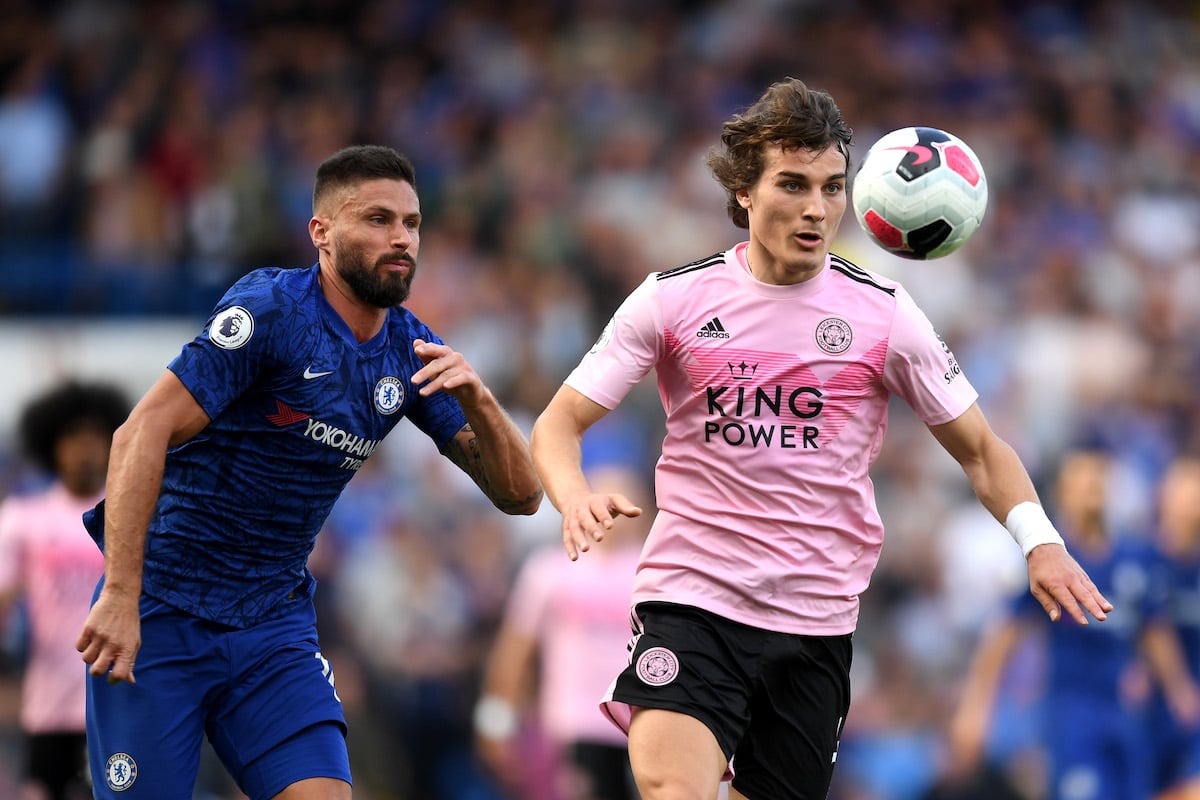 The secret of successful squad building is to have a replacement who's ready to slot in. Kanté was succeeded by Wilfred Ndidi who arrived in the January following the Frenchman's exit.

It was hoped Mahrez would be succeeded by Rachid Ghezzal who signed a month prior to his move to Manchester City, though Demarai Gray had appeared to have taken over from the Algerian. Now Söyüncü has staked his claim to be Maguire's replacement at the heart of Leicester's defence.

It wasn't destined this would be the case, though. The Turkish international has had to work hard to reach this point after joining the Foxes from Freiburg last summer for £19million.

Upon his arrival in England, Söyüncü found Maguire, club captain Wes Morgan and fellow new-boy Jonny Evans ahead of him in the pecking order. Patience was required in order to break into the plans of the then-head coach Claude Puel.

In fact, Söyüncü would have been forgiven for wondering if his chance was ever going to come in the early days. It's normal new signings are allowed to bed in gradually, especially when there's no need for them immediately, but Söyüncü did not make his debut until October 27 and a 2-1 home defeat to West Ham United.

Explaining his decision to gradually integrate Söyüncü in September, Puel told the Leicester Mercury: “For the moment, he has some problems communicating with his team-mates because he does not speak a lot with all the good words and sentences. He needs to make progress.” 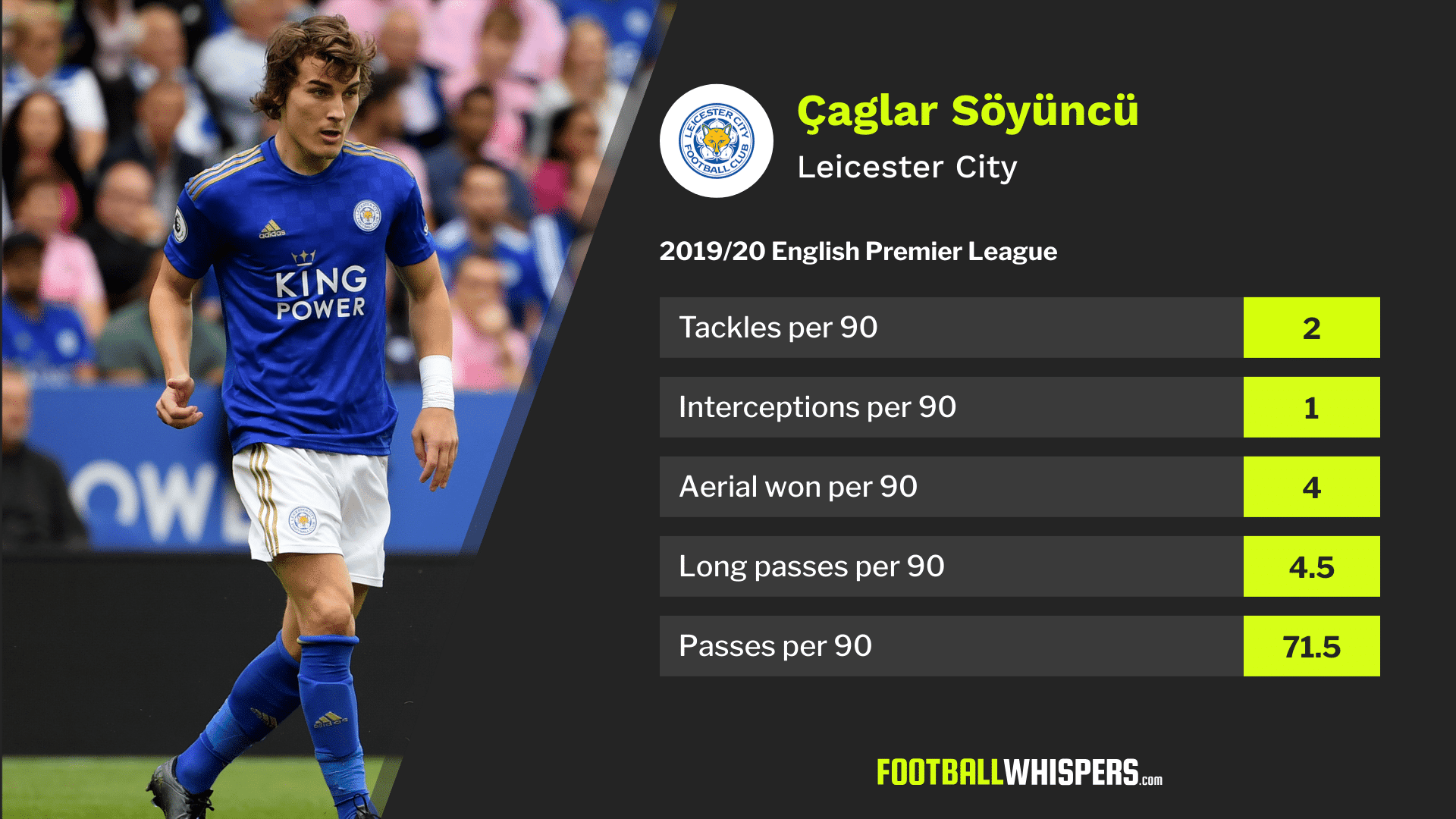 Söyüncü finished his maiden season in England with just six starts, only four of which came in the Premier League. Morgan and Evans shared central defensive duties alongside the imperious Maguire.

It felt inevitable the England international would leave this summer, and so it finally proved, joining Manchester United three days before the transfer window shut.

The late completion of the deal left the Foxes with little time to find a replacement – and likely to be ripped off as the whole football world knew they had £85million burning a hole in their pocket.

No matter, Leicester had Söyüncü waiting in the wings. Brendan Rodgers had no hesitation throwing the 24-time Turkish international in against Wolverhampton Wanderers on the opening day and Söyüncü repaid that faith.

In a game devoid of any real goalmouth action, save for Wolves' VAR-disallowed goal, Söyüncü completed 71 of 78 attempted passes (no player managed more) and won four of six attacking aerial duels (again, nobody won more). He also triumphed in three of five tackles, had a 100 per cent success rate in defensive aerial duels and made three clearances.

It was a similar story in Sunday's 1-1 draw at Chelsea, helping deny Blues legend Frank Lampard his first competitive win with his impressive handling of the strapping Olivier Giroud. He again led the way for passes (57/65), won all three of the defensive aerial duels he contested, had 100 per cent tackle success and made six blocks for the Foxes.

Söyüncü's no-prisoners approach to defending has endeared him to his Leicester team-mates, too. Sort of.

“He’s really aggressive,” Ben Chilwell told Sky Sports prior to the draw at Stamford Bridge. “You might walk into the physio room and you’ll be getting head-locked by someone and it’ll be him.

“Or when he goes to shake your hand in the morning, you’ll hear your knuckles clicking. And then he doesn’t let go because he enjoys inflicting pain on people. He genuinely does.”

It's early days for but, with two Premier League fixtures played, Söyüncü ranks seventh among central defenders for completed passes per 90 (64) and eighth for attempted passes (71.5). Interestingly, he's also 11th for completed dribbles (1), something Maguire made his trademark at Leicester.

Playing in a Rodgers side means being comfortable on the ball is imperative. Söyüncü has that in his locker. But there's also a steely, ruthless streak to him; he's an iron fist in a silk glove.

Premier League forwards, you have been warned.