Liverpool travelled to the King Power Stadium looking to make it four wins from the opening four Premier League matches since 1990. They returned to Anfield with all three points to take make it 12 from 12.

The starting XI selected by Jürgen Klopp raised a few eyebrows with Naby Keïta benched and Jordan Henderson was given his first start of the 2018/19 campaign.

Roberto Firmino and Mohamed Salah spurned early chances with the Brazilian seeing his shot saved by Kasper Schmeichel and the Liverpool No.11 slid the rebound wide of the post. But it was Sadio Mané, the third musketeer, who opened the scoring just before the ten-minute mark.

Andy Robertson barrelled his way down the left side and worked the ball to Mané inside the penalty area. The new No.10 continued his fine form in front of goal by poking a left-footed effort past the Leicester ‘keeper and the Reds had the lead they deserved.

Alisson was forced into a smart save after Demarai Gray raced clear and got his shot off as the Foxes grew into the first half.

It was an even half but the Reds doubled their lead just before the break. Salah saw his shot turned away for a corner. The first one is defended well and cleared. The second one finds Firmino’s head and he steered it past Schmeichel.

The home side started the second 45 minutes brightly and worked an opening just after the 50th-minute mark. James Maddison wriggled past Virgil van Dijk and lined up a shot from 12-yards out. His effort was blocked by a sliding Joe Gomez just as it looked as though the Reds would concede their first goal of the season.

Then the moment rival fans had been waiting for. Liverpool ‘keeper Alisson, lauded for his ability on the ball in the opening matches, was caught in possession by Kelechi Iheanacho. The ex-Manchester City forward tackled the shot-stopper and drove into the penalty area before squaring it to Rachid Ghezzal who passed it past the retreating Liverpool No.13.

Leicester, buoyed by this, had the bit between their teeth and attacked a sluggish Liverpool. Klopp looked to stem the tide by bringing on Keïta and Xherdan Shaqiri. 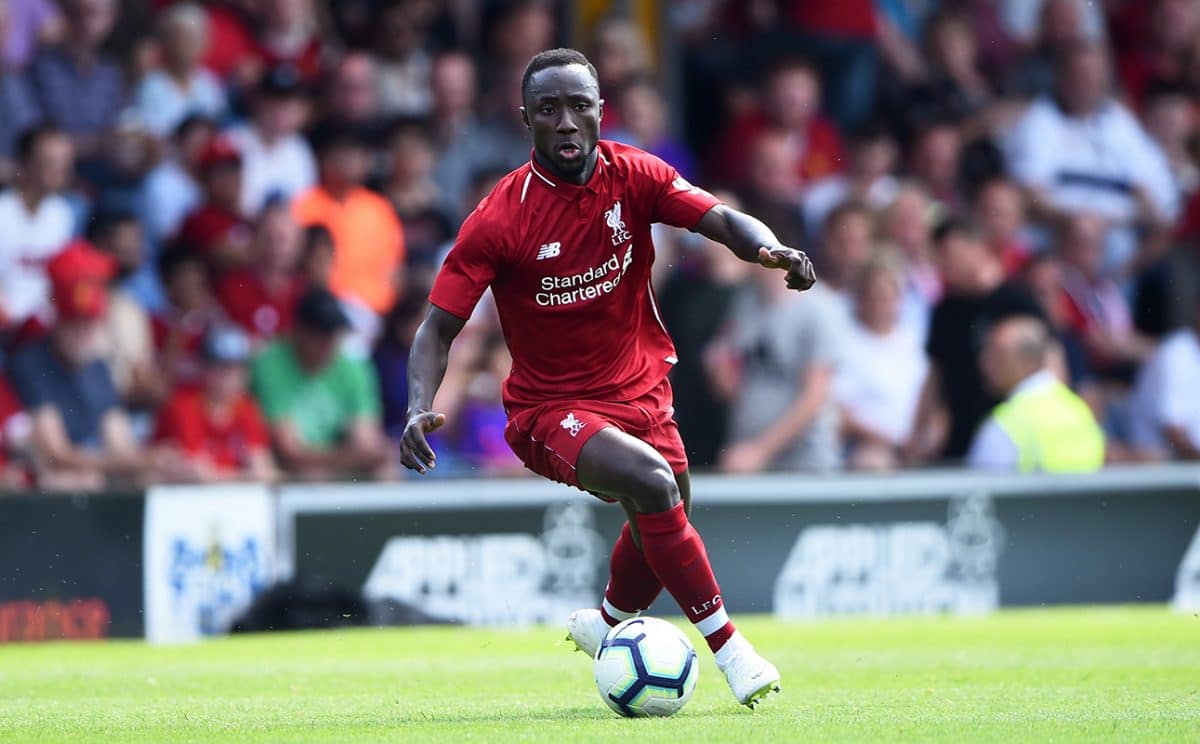 It’s the first time this season that Liverpool have started a Premier League match without Keita in their midfield and the drop off in the performance from those in the middle third was impossible to ignore.

Henderson’s arrival saw Klopp rejig his midfield unit and it looked a shadow of itself in the previous three matches this term.

Gini Wijnaldum, who has been impressive this term in the number six position, was shifted into an eight role to accommodate the captain meaning it was one change to personnel but two changes to the system. The Dutchman found it difficult to impose himself and the midfield had glaring holes that hadn’t been apparent at all this season.

The Reds found it difficult to build anything through their midfield and there was nobody to carry the ball forward and break the defensive lines from central areas. Instead, Liverpool had to rely on their wide players to do it and it made it all a little predictable.

The Liverpool No.8 is still learning the ropes but he’s already a key cog in Klopp’s team.

The forward may have opened his account for the season but he still looks way off the pace. His work rate is still superb but his quality on the ball is lacking.

The lack of a pre-season will be playing a part in this and his sharpness will improve the more time he spends on the pitch. But it’ll be frustrating for fans and teammates alike in the period it takes for him to transform into the Firmino of 2017/18.

His header was guided brilliantly into the corner to beat Schmeichel and it gave a glimpse of what he still offers the team.

But the Reds are going to need more from their No.9. Fortunately, however, unlike other teams in the English top flight, they aren’t reliant on a striker to score their goals and they have Salah and Mané to share the goals around.

Sadio is the Mané man

At times last season it felt as though the former Southampton man was overlooked. Philippe Coutinho dominated the papers heading into the 2017/18 campaign after handing in a transfer request.

Salah's goalscoring exploits quickly meant the attention was geared towards him while Firmino's increase in output saw him get a fair share of attention.

The fact Mané hit double figures and took on Coutinho's mantle of creator-in-chief went unnoticed by many. But the way in which he's started the season gives the impression he's not happy to take a backseat again.

The new No.10 tops the goalscoring charts with four goals this term and looks like the most dangerous player in Red. Liverpool haven't yet been at their best. Salah and Firmino haven't been as potent. But it's not mattered with Mané creating, assists and scoring.

Leicester look dangerous on the break

The Foxes have assembled a squad which will cause plenty of top-flight clubs a problem. There's pace throughout, there's experience in key areas, there's physicality down the backbone of the starting XI and, with the addition of James Maddison this summer, there's creativity.

A Liverpool team yet to concede in the Premier League this season looked ragged at times and on another day Leicester could've scored even more. Claude Puel's men have been unfortunate in matches against Manchester United and Klopp's table-topping Reds side. Their luck should change soon and they'll climb up the table when it does.

It was always going to happen to Alisson 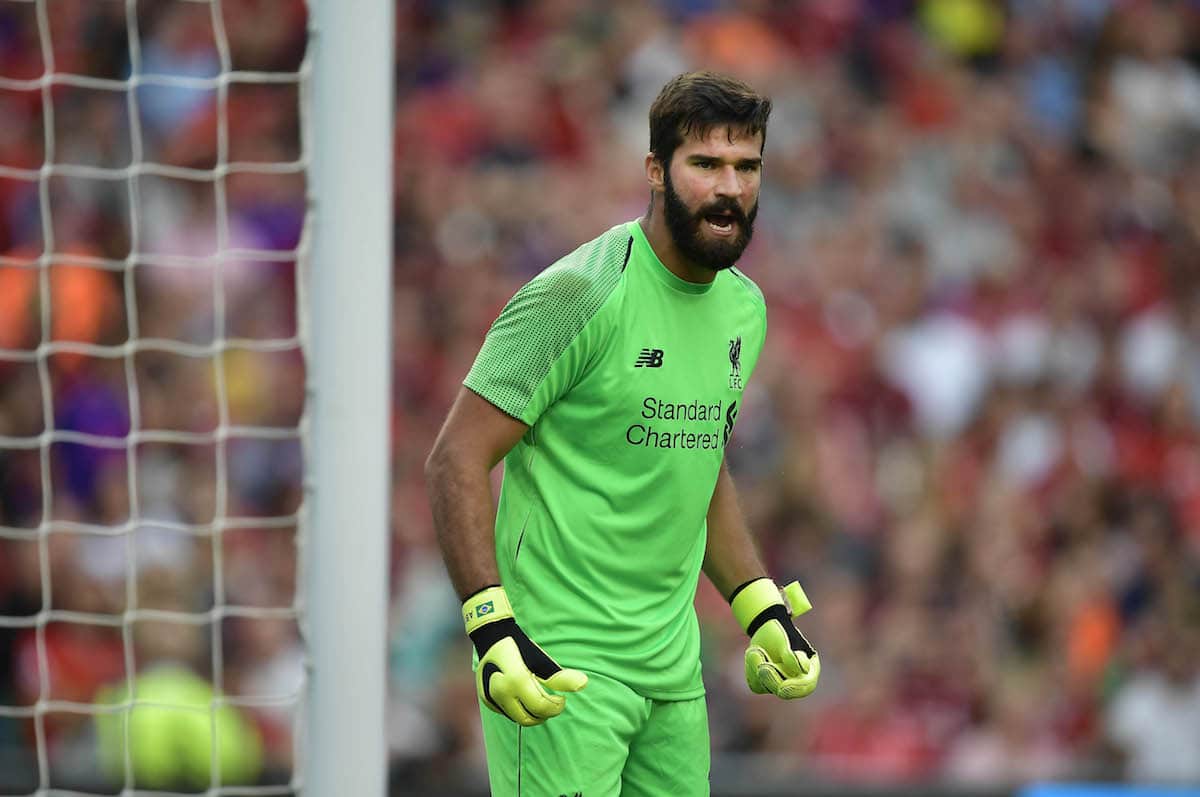 The Liverpool ‘keeper is a risk taker. Last weekend he dinked the ball over Anthony Knockaert. The week before he casually took his time on the ball against Crystal Palace before floating a pass to Andy Robertson. Against Leicester, he ignored the opportunity to clear the ball early and tried to take it past Iheanacho.

He was easily tackled and Liverpool's chance of four consecutive clean sheets disappeared in the blink of an eye. It'll be overanalysed and he'll be criticised for it. Jamie Carragher already called it ridiculous on commentary. However, it was always going to happen.

Goalkeepers who play in such a style are always likely to gift a soft goal every now and then. You have to take it on the chin and accept it. He's been a key part of Liverpool's buildup play this season and it's because of his use of the ball. Change his style after one mistake and he loses part of his charm and the Reds lose part of their attack.