One of the most impressive aspects of last season’s title-winning Leicester City side was how modestly assembled they were. Riyad Mahrez and Jamie Vardy, PFA Player of the Year and top-scorer respectively, were signed for a combined £1.4million.

N’Golo Kanté, the Foxes’ ball-winning machine, cost the club a modest £5.6million, while Robert Huth, who partnered Wes Morgan so gallantly en route to the title, was lured away from Stoke City for a mere £3.5million. The cherry on the Leicester recruitment cake came in the form of Christian Fuchs, who was a free transfer.

With that in mind, it comes as no surprise that they’re recruitment in the wake of Steve Walsh’s departure to Everton has been consistently questioned. Head of recruitment Walsh, the man largely responsible for bringing Kanté, Vardy and Mahrez to the King Power Stadium, left a gaping hole in Leicester’s backroom staff when he left to join Everton.

Together with assistant managers Paulo Benetti and Craig Shakespeare, the man now charged with returning Leicester to prominence, Walsh established a working structure that built the foundations for the club’s memorable title triumph.

After he departed, Leicester appointed Eduardo Macía as head of recruitment in September, tasking him with unearthing the next Mahrez – or even someone better. However, by the time the former Valencia player arrived at Leicester, the Premier League champions had already spent nearly £60million to bring in Islam Slimani, Ahmed Musa, Nampalys Mendy and Bartosz Kapustka.

With the Champions League now figuring heavily in their fixture schedule, the club was keen to bolster key areas in the summer. And they seemed to have done good work. Slimani, a powerful and physical presence who offered a different dimension to Vardy in attack, arrived off the back of a 31-goal season with Sporting Lisbon.

Musa, a winger blessed with blistering pace, signed for £16million after a transfer to the Foxes broke down in January. The 23-year-old looked to be a potentially devastating addition, too, having enjoyed his most prolific season with CSKA Moscow. Mendy was signed for £10million, the Frenchman expected to fill the sizeable hole left by the departure of his compatriot Kante to Chelsea.

On paper, it looked promising for Leicester. Although Walsh left in the summer, his influence could be seen in the new signings. He recommended Slimani to the club before leaving, while Musa was a winger he had been scouting for several months. However, even if Walsh stayed he wouldn’t have been responsible for their performances, which have been largely underwhelming this season as Leicester have endured a torrid domestic campaign which saw them plummet towards the foot of the table before sacking Claudio Ranieri, the man who had overseen the club’s greatest ever season.

Slimani, the summer’s marquee signing at £28million, has endured an injury-ravaged debut campaign. A recurring groin problem has kept the Algerian striker out of 12 matches since the turn of the year, a deeply frustrating sequence for the 28-year-old. He has offered reminders of his quality when given the chance. He has had to be patient when it’s come to goal-scoring, but the winner against Porto in the Champions League and recent strikes against Everton and Sunderland have proven that he can be an asset for the Foxes, given a consistent run of games. 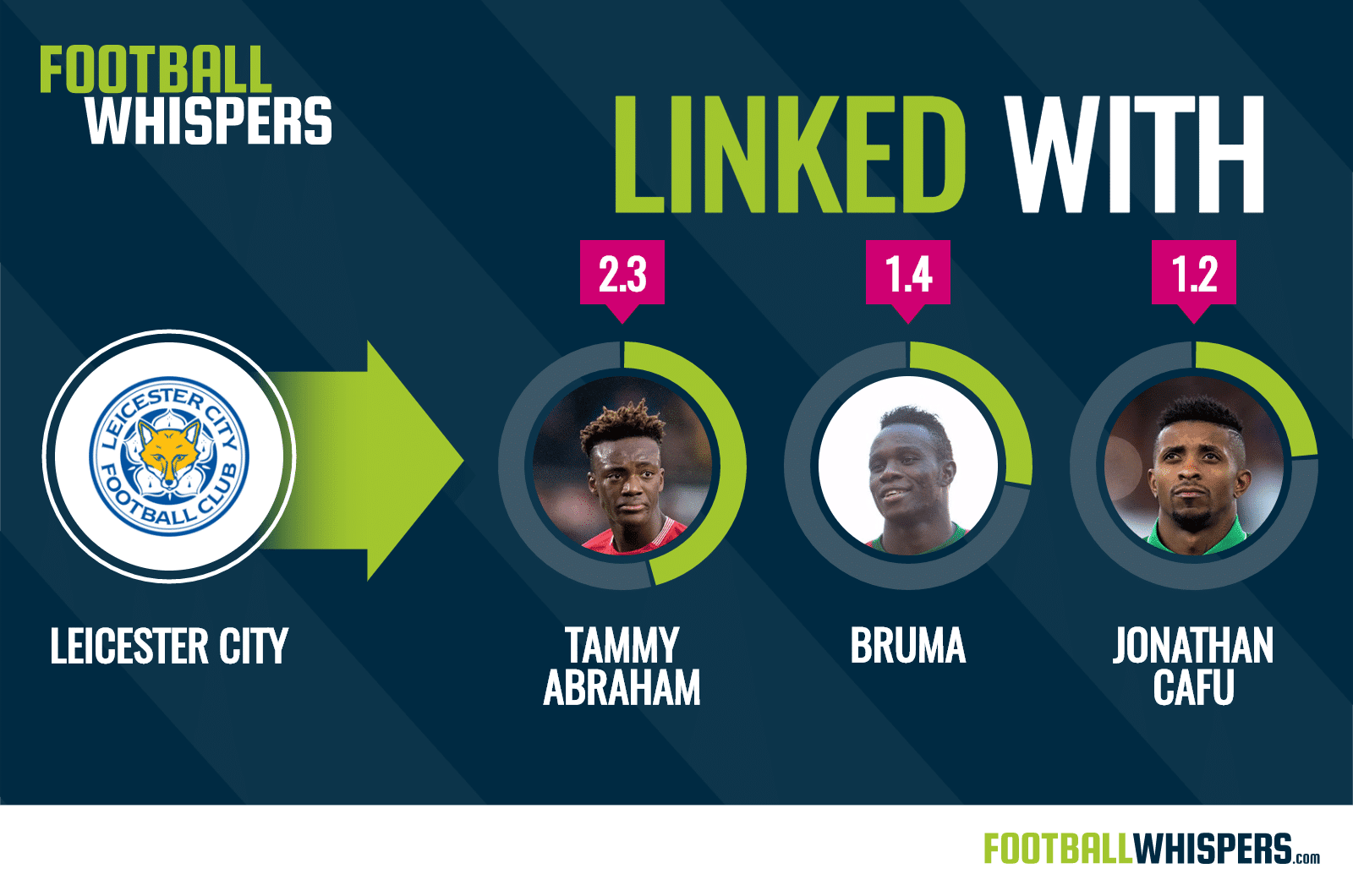 However, the club may not wait for their record signing to fully recover. Eager to avoid a repeat of this season’s torment, the Foxes may be swayed into selling Slimani, should they receive a considerable offer. The club turned down a £38million bid from Chinese club Tianjin in January because Ranieri was reluctant to sell such the striker in the middle of the season. While that was understandable from the Italian, Leicester may seize an opportunity to recoup most of the £28million they paid for Slimani if they can identify a suitable replacement.

That will be crucial for Shakespeare this summer. The likeable 53-year-old must strengthen his squad immensely if he is to allay suspicions over a recruitment strategy that Leonardo Ulloa – who have three goals between them this season – possibly leaving the club. Vardy looks to be finishing the season on a high, but it’s unlikely the 30-year-old can ever replicate the record-breaking form that saw him narrowly miss out to Harry Kane in last season’s Golden Boot race.

But while Slimani has struggled with his fitness, Musa has just struggled. The 24-year-old was tipped to add further spark and enterprise to Leicester’s attack, but his story has yet to yield a silver lining. Musa has been sparingly used. He has completed 90 minutes twice since November, both of which came in the FA Cup, and hasn’t scored since the double that knocked Everton out of that competition in January.

Indeed, observers came to question Ranieri’s baffling faith in the Nigerian, especially when he was preferred to Demarai Gray for Leicester’s Champions League last-16 clash away to Sevilla. Musa managed only 24 touches in 57 minutes before being replaced by Gray and Ranieri was sacked two days later after the board’s patience with the Italian ran out following a series of bizarre tactical and personnel decisions.

That is not to suggest for one minute that Musa was responsible for Ranieri’s dismissal, but his struggles to impress on the wing are emblematic of Leicester’s struggling new boys. Kapustka, for instance, hasn’t managed a single minute of Premier League action after the Polish winger was reportedly snapped up purely on the basis of his performances at Euro 2016. Mendy, the man signed to replace Kanté, like Slimani has spent much of his first season on the sidelines. 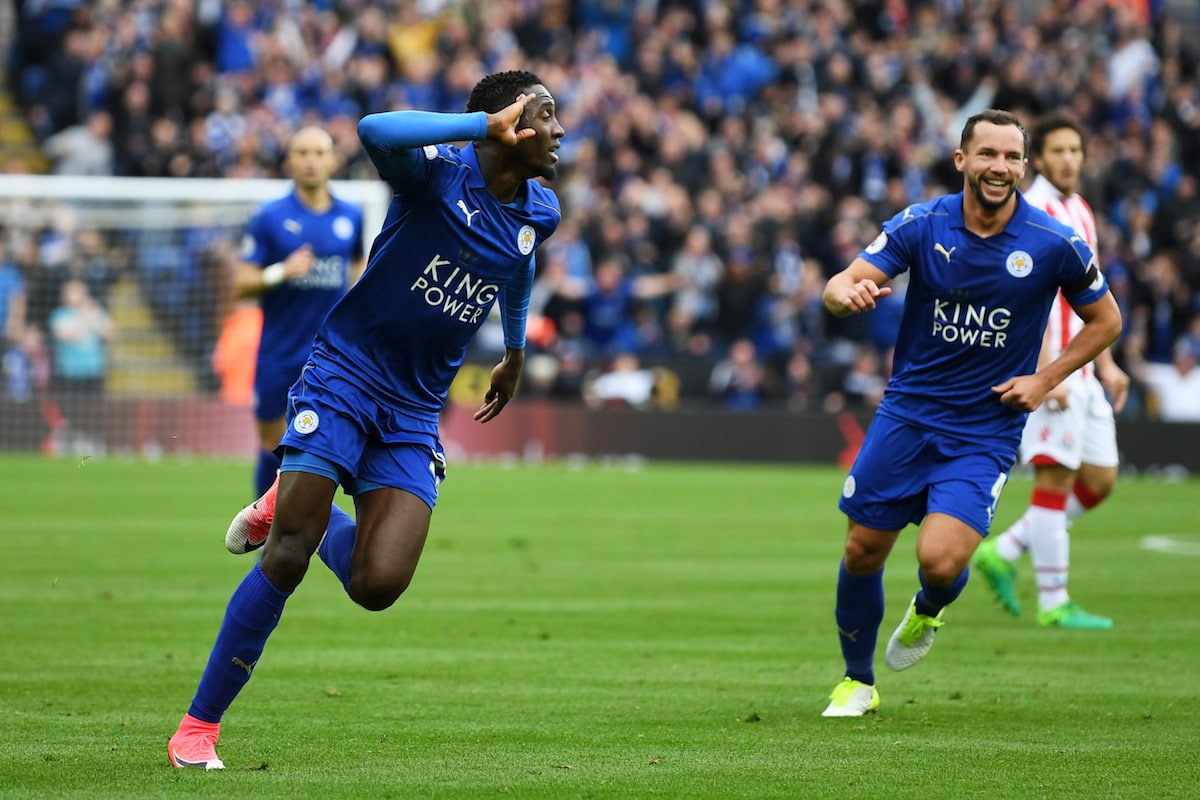 Ndidi provides hope for the future

As a result, the club were forced into action, signing Wilfred Ndidi for £15million in January. A 20-year-old arriving in the middle of the season from Belgium would usually require patience before beginning to shine, but Ndidi has already established himself as Leicester’s most productive piece of business since Walsh left.

The Nigerian may not have reached Kanté-esque levels of omnipresence on the pitch yet, but the combative ball-winner is already showing how he has made significant strides since joining in January. With 2.67 tackles won per game, Ndidi is actually averaging higher than Kanté’s 2.27, while he’s won duels with 47 per cent to Kanté’s 40 per cent.

He also averages more blocks per game, illustrating how he has proved to be a capable long-term replacement for Kanté, combining a lung-busting ability to cover every blade of grass on the pitch with the nous to competently shield the defence and make smooth transitions into attack.

While it’s true that Leicester’s signings haven’t entirely had the desired effect, injury woes are largely to blame. Musa has been wildly inconsistent and his future may be seriously assessed in the summer, but Mendy and Slimani have shown more worth to the about-to-be-dethroned champions.

Whether they want to retain the services of two injury-prone players will be another big call for the Leicester backroom staff in the summer. However, the fruitful mid-season signing of Ndidi has proven that the club’s scouting network is still identifying the right players for the club. Continuing that is a must this summer.