Álvaro Morata finally scored in 2018, breaking his goal drought that had seen Chelsea‘s purchase of him come into question.

The striker's poor form lost him his place in his national team, with Spain boss Julen Lopetegui leaving him out of the squad for the upcoming international break.

But Chelsea's No.9 scored the opener at the King Power Stadium, a goal that was cancelled out by Leicester City‘s very own No. 9 Jamie Vardy in the second half to send the game to extra-time.

The Foxes had the momentum, but it was one of the smallest men on the pitch, Pedro, who popped up with a header to send the Blues into the semi-finals of the FA Cup.

Morata gives Chelsea fans hope he can be a success

At the start of the season, there was a lot of debate as to who had got the better deal out of Manchester United and Chelsea when they brought in Romelu Lukaku and Morata respectively. Now, it seems regarded the Belgian was the wiser signing.

Coming into this game, in 2018, the Spaniard was yet to score, and looked bereft of confidence. In fact, he was more likely to pick up a card, getting five yellows and one red since the turn of the year.

His poor form saw him drop out of the Spain squad, showing just how much the £58million striker has fallen from grace.

With Michy Batshuayi scoring eight in 11 for Borussia Dortmund after leaving Chelsea on loan, there’s been even more pressure on Morata.

Olivier Giroud was favoured in midweek at Barcelona, while the front three of Pedro, Willian and Eden Hazard has featured in recent weeks. Morata was given the nod today, knowing he could try and answer his critics.

His first involvement in what was his first start since January 13 was disappointing, being flagged offside in the opening seven minutes when he was looking along the line. It was hardly the movement of a top striker. That didn't last long though.

The Spaniard’s first real chance came with 26 minutes on the clock, when he was found by Marcos Alonso in a lot of space at the edge of the box. He made decent connection with the ball but was only able to shoot straight at Kasper Schmeichel.

His movement was sharp though, and that was clear when just minutes later he got free of the Leicester defence to head over the bar.

And he got the goal he was so in need of before half-time, getting onto the end of a lovely ball from Willian to finish calmly past Schmeichel. After watching him against Arsenal, if I’m honest, I expected him to miss as he went through one-on-one with the goalkeeper. But he took it well, and it definitely wasn’t the finish of a man short of confidence.

He carried on the match thinking positively too, with a lovely back-heeled effort off the post – although if it had gone in, it would have been ruled out for offside.. Morata was a threat to Leicester all game. No-one had more shots than his seven.

The striker's performance was by no means perfect, he was dispossessed four times, more than anyone else, but it gave the Blues fans hope he can still come good.

Chelsea would be better off with Ndidi than Bakayoko

When Chelsea let Nemanja Matić leave in the summer, it wasn’t meant to be a problem because of the arrival of Tiemoué Bakayoko.

To say he’s been a disappointment is probably an understatement. His performances have been poor and he’s been criticised by Blues legend Frank Lampard, who said at the beginning of the year on Match of the Day: “His body language is slow, he sticks half a leg out at the ball. Fans will stick with you if you show reactions and urgency but he's not moving quickly enough and he has to switch on.

“You can have a dip when you come from another league but we are in January now and I really think he needs to start picking up.”

After that, Bakayoko was sent off against Watford in a disastrous 30-minute cameo which saw him endlessly misplace passes, make clumsy challenges and constantly lose possession.

It was one of the worst performances by anyone this season and even Chelsea fans were singing insults at him, with footage from the stands capturing them chanting “you’re f****ing s***” at him as he left the pitch.

This was his first start since then. He definitely didn’t dominate the midfield and looked a fraction of the man who had everyone looking at him after an impressive season at Monaco.

The Frenchman looked rusty, giving the ball away and just generally looking off the pace, being booked for a foul on Kelechi Iheanacho just before half-time.

The Frenchman was hooked at the break and it was no surprise. He made no interceptions and made just one successful tackle out of his three attempts. Antonio Conte hooking him shows his Chelsea career must be in jeopardy already.

While he struggled, his opposing player Wilfred Ndidi dominated. The Blues have raided Leicester for a midfielders in each of the past two summers, they could do a lot worse than doing it again. The Nigerian definitely looks an upgrade on Bakayoko.

There was once talk of Hazard being the player to take the mantle from Cristiano Ronaldo and Lionel Messi when they retire.

At 27, the Belgian hasn’t quite become consistent enough every week to reach that next level, and there are arguably better players in the Premier League who are more likely to have a chance of winning a Ballon d’Or – see Harry Kane, Kevin De Bruyne and Mo Salah.

But perhaps at the moment, Hazard isn’t even the best player at Chelsea.

Somewhat frustratingly, Willian is at his best when the Blues are struggling. He was player of the season when they had a disastrous title defence in 2015/16, and he’s their best player at the moment as they have a disappointing season.

The Brazilian has now been involved in 18 goals in his last 20 starts for Conte’s side in all competitions now, scoring 12 goals and assisting six.

His assist for Morata’s goal was glorious, picking the ball up deep in his own half, weaving his way past a number of Leicester players before sending the Spaniard through on goal.

Chelsea needed a moment of magic and he provided it. If they want to turn this season around by finishing in the top four and maybe winning the FA Cup, they’ll need the Brazilian to stay at this level until the end of the campaign.

He was taken off for Pedro in extra time. While the Spaniard may have scored the winner, it was the man he replaced who was the Blues' brightest spark in attack throughout the game.

Puel can guide Leicester to success

With Mauricio Pellegrino being sacked last week, it just underlined how Claude Puel did a better job at Southampton than he got credit for at the time.

Going into today's game, Leicester were unbeaten at home in 2018. Since the Frenchman took charge in October, only two sides had won at the King Power Stadium.

The Foxes have gone from relegation strugglers to a team comfortable in the top half of the Premier League.

Marc Albrighton and Riyad Mahrez caused Chelsea all sort of problems. In fact, Leicester more than matched the current English champions and there was nothing between then.

Puel has done a great job at the King Power Stadium, and if he can keep hold of his best players – which may be easier said than done, but the Foxes board have held strong before – he could help take the Foxes back into Europe.

They may be out of the FA Cup, but the future is bright for Puel and Leicester. 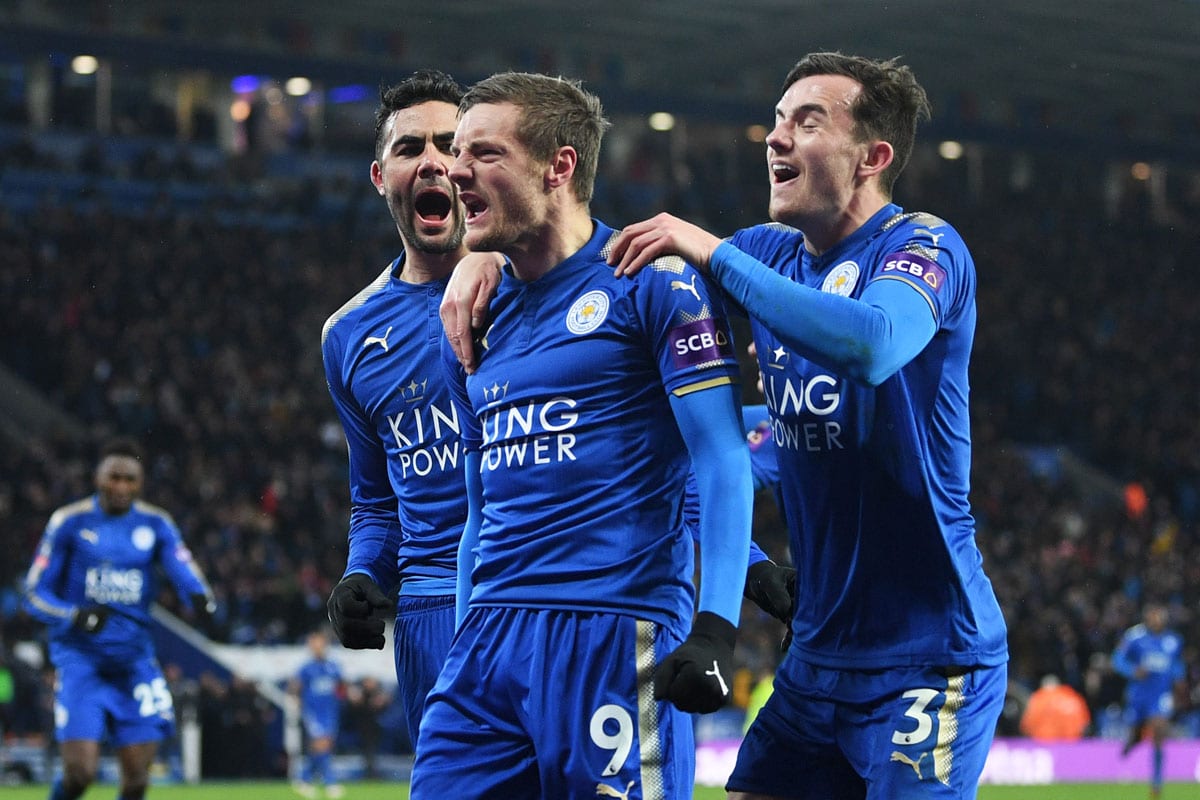 While Mahrez and Albrighton may have refound the form that saw Leicester win the Premier League, Vardy isn’t far off it.

Puel hailed him before the game, saying: “I hope he can cause Chelsea problems.

“He is a great player. He likes to give positive opportunities for the team by playing behind the lines.

“He fights always and it is always difficult to defend against him because he has this fighting spirit to win battles and make good runs. He is also a technical player. He can make fantastic move with his touch.

“We can remember his last goal against West Brom – it was fantastic. Not many players can score with this quality. It was a tough goal. Sometimes I am surprised also with the quality of Jamie.”

Vardy definitely caused Chelsea problems, scoring the equaliser and he now has s seven goals in his last nine games in all competitions and is onto 17 for the season, one more than he got in 2016/17.

He’s 31, but he doesn’t stop running and seems like a 21. It’s just a shame he didn’t get a chance in the Premier League earlier in his career, he would have been up there with the top scorers of all time in England’s biggest competition.