Manchester United extended Europe's longest unbeaten league run as they thrashed Leicester 3-0. The Foxes have still not scored a league goal this year.

Kasper Schmeichel – Made a decent save from Rashford in the first half but could not do anything about the goals. His defence continues to crumble ahead of him. 5

Danny Simpson – Took a knock from Ibrahimovic in the first half and never seemed to recover. Struggled against the pace of Marcus Rashford and needed help from his midfield. 5

Wes Morgan – Sloppy on the ball and never in tune with the rest of the back four. Seems like the willingness he has to help his team-mates is having a negative effect on the side. 5

Robert Huth – At fault for Mkhitaryan’s opening goal and made a number of questionable decisions throughout. Looks a shadow of the player he was last season – as do most of his team-mates. 4

Christian Fuchs – Tried to create an opening with his long throws and crossing but quality was lacking. Caught out of position the first and third goals as well. 5 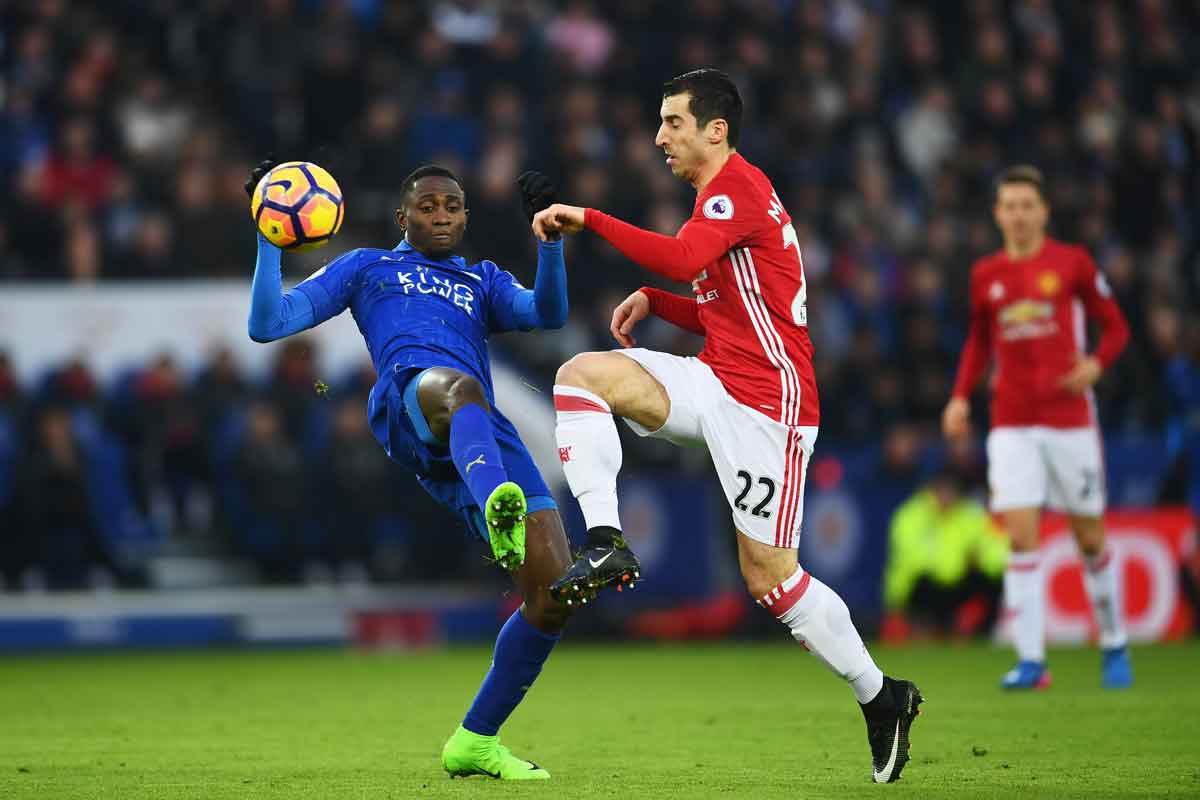 Wilfred Ndidi – Battled well in midfield and showed a nice passing range when in possession. Looks to be settling in well, but is very much the best of a bad bunch at the moment. 6

Danny Drinkwater – Never afraid to get stuck in but was wasteful on the ball and dragged a couple of shots wide from the edge of the area. Looked lost after the third goal went in. 5

Riyad Mahrez – Had the beating of Rojo in the first half and fired a free-kick into the side netting, but simply doesn’t look interested anymore. Gave up tracking back with 30 minutes to play. 5

Ahmed Musa – Offered plenty of pace down the left-hand side, but was guilty of making the wrong decision when in dangerous areas. Replaced by Demarai Gray at half-time. 5

Shinji Okazaki – Tried his best to apply pressure but was often left chasing shadows. Had a sighter of goal but couldn’t sort his feet quickly enough to test De Gea. 5 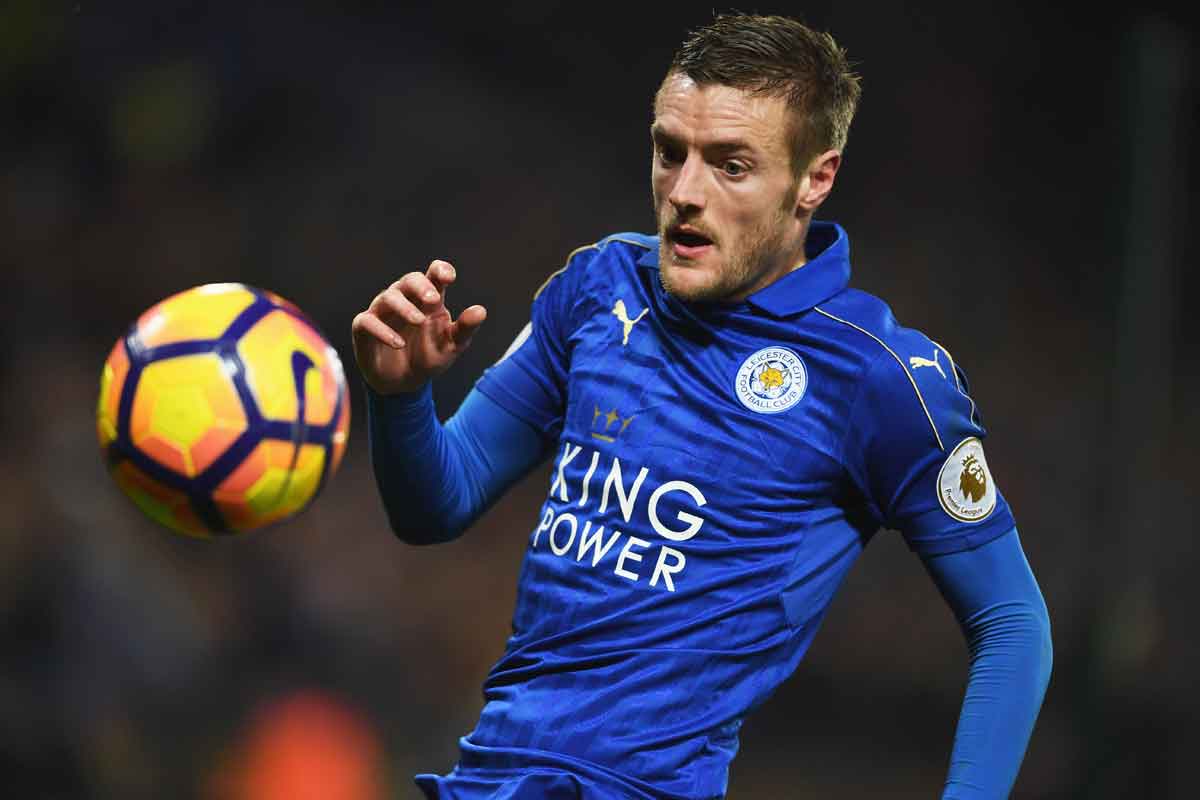 Jamie Vardy – Started brightly but quickly fizzled out. Struggled to hold the ball up and his movement into the channels was non-existent. Didn’t register a single shot on target. 4

David De Gea – Had very little to do, but was very assured when called upon. Commanded his area well when coming for crosses and made a good save from Ndidi in the first half. 7

Antonio Valencia – Offers width and power down the right-hand side, always looking to provide for Ibrahimovic. His crossing was hit and miss but did well to set up the second goal. 7

Eric Bailly – Very strong performance. Excellent in the air and always looked to pass forward instead of slowing the game down. Dealt with the Vardy comfortably. 8

Chris Smalling – Extremely comfortable throughout. Can look awkward in possession but was always the first head to meet crosses. He and Bailly suit each other well. 7

Marcos Rojo – Struggled with Mahrez at times early on but grew into the game. Played a couple of nice passes down the line to Ibrahimovic. Withdrawn at half-time. 6

Ander Herrera – Was again impressive at the base of United’s midfield. Keeps everything ticking along nicely but can be energetic and combative when needed. 7

Paul Pogba – Hardly broke a sweat all afternoon. Always looked to spray a diagonal pass to the wide men and looked dangerous when making late runs into the box. 7 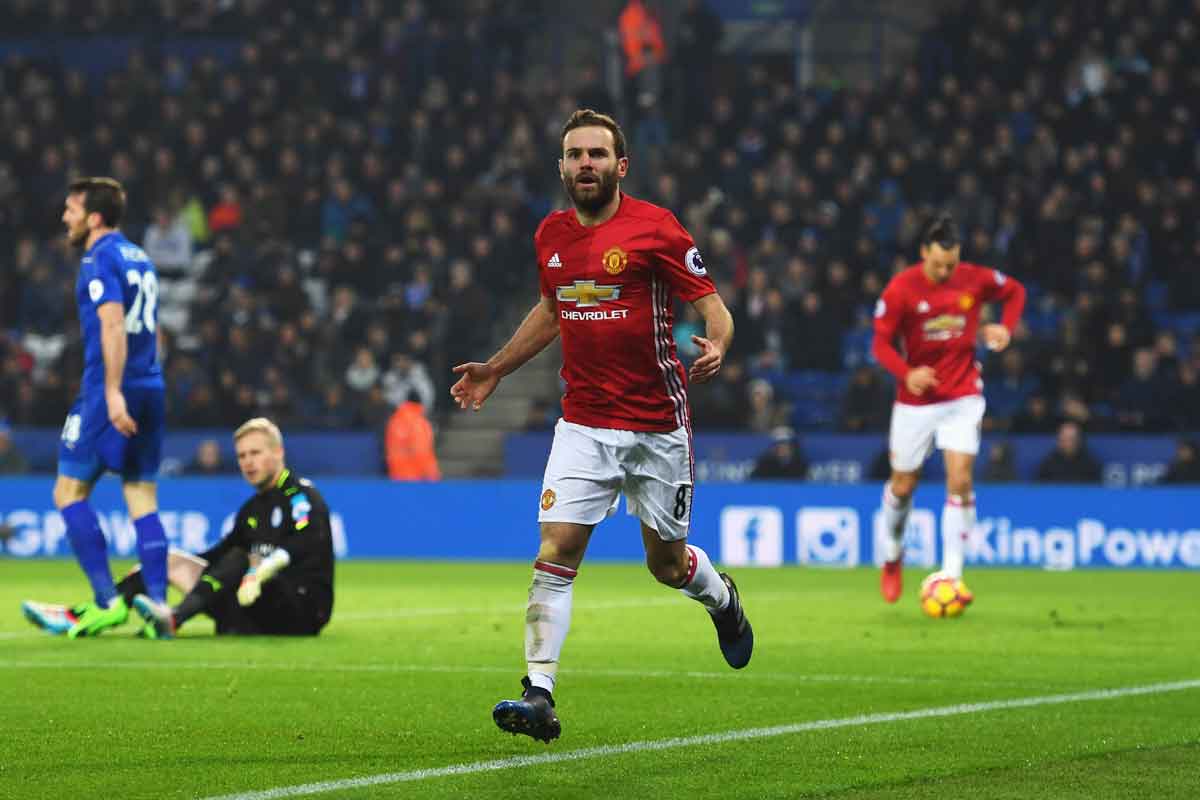 Juan Mata – Showed some nice touches and recycled the ball well throughout, before finishing nicely for his goal. Fortunate not to have been sent off for his tackle on Vardy. 7

Henrikh Mkhitaryan – The best player on the pitch. Took advantage of a defensive mistake to open the scoring, before assisting Mata brilliantly for the third. So difficult to stop when driving from midfield. 9

Marcus Rashford – Such a dangerous outlet to have on the wing with his blistering pace and linked up well with Mkhitaryan and Ibrahimovic. Still has plenty to learn in the final third. 7

Zlatan Ibrahimovic – Provides a strong focal point for the side and his first touch is always assured. Has a strange habit of dropping too deep but continues to show how deadly he can be in the box. 8