This preview focuses on the Europa League final group game between Legia Warsaw and Spartak Moscow. Despite being bottom of the group, Legia Warsaw are in with a shout to qualify for the knockout stages.

Legia Warsaw were unable to build on the recent wins over Jagiellonia Białystok and Motor Lublin. A narrow 1-0 loss against Cracovia ended this good sequence of results. Spartak Moscow were able to register a 2-1 victory over Akhmat Grozny in the Russian Premier League to come into this game with a load of belief and confidence.

Legia Warsaw will be able to reach the knockout stages of the Europa League with a point from this match. Spartak Moscow do not do well on the road with two defeats and two draws from the last four. Even though an opportunity to qualify for the knockouts is still alive for the visitors, pushing ahead in the game is likely to provide Legia Warsaw to get something out of this match.

The last three matches in the Europa League for Legia Warsaw have produced more than 2.5 goals. It would not be surprising if the home team adopted a defensive approach considering their status in the race for qualification. Spartak Moscow are no strangers when it comes to scoring goals on the road.

Spartak Moscow have scored in each of the last six away games. Spartak Moscow will be a tough challenge for Legia Warsaw, who have conceded over 2.5 goals in the last three Europa League games. The previous encounter between the two clubs might have seen a narrow win for Legia Warsaw, but the home team have a real chance of qualification and they are likely to push forward in numbers.

Legia Warsaw will be having one eye on the result between Napoli and Leicester City. There is a potential for Legia Warsaw to qualify despite coming into the game at the bottom of the table. The hosts will be without Joel Abu Hanna and Bartosz Kapustka due to injury, while Artur Jedrzejczyk is suspended for the game.

Spartak Moscow have been able to quickly recover since the 7-1 thrashing at the hands of Zenit. The recent win over Napoli has put the team in a great position with regards to qualification. However, Spartak Moscow will have to deal with the long list of injuries and suspension. Ruslan Litvinov and Aleksandr Sobolev are suspended, while the likes of Maximiliano Caufriez and Jordan Larsson are injured. 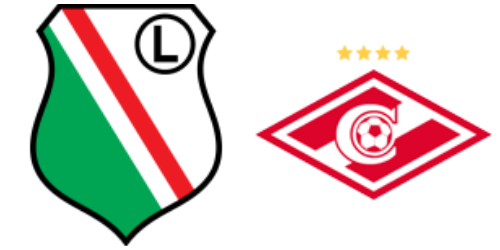 Where is the match scheduled? Stadion Wojska Polskiego

Which team is the favourite to win? Legia Warsaw